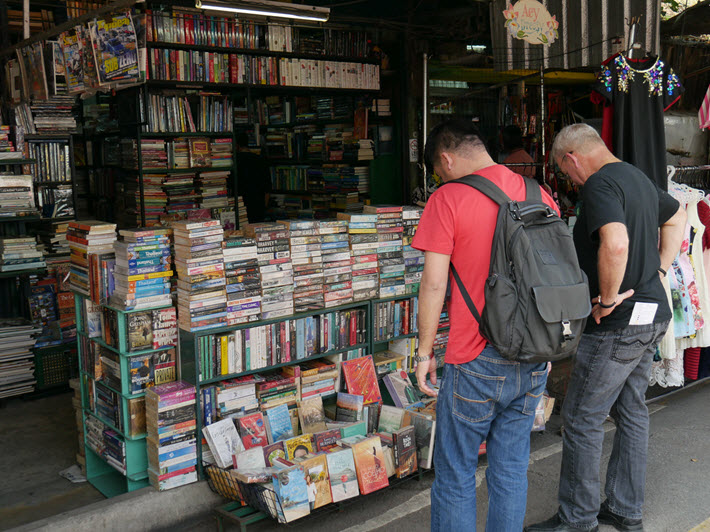 From the Bangkok Post: As in many Western markets, independent bookstores are stressing personal service and warm environments in Thailand’s bookselling industry. 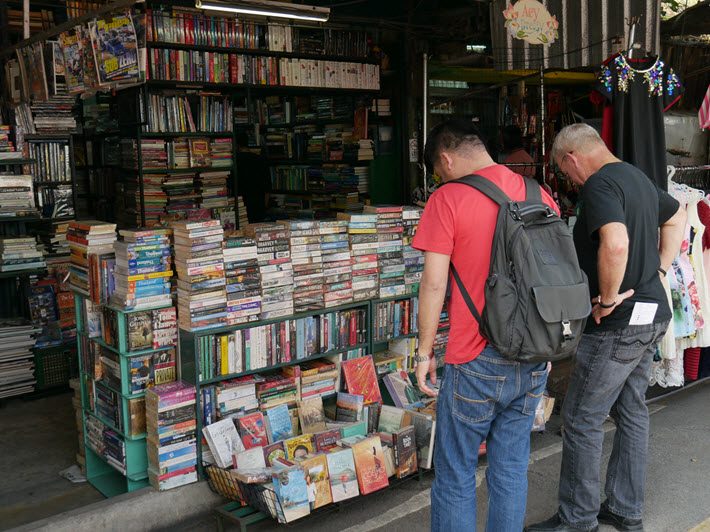 ‘A Community of Readers’

At the Bangkok Post, Nanat Suchiva reports that Thailand’s independent bookstores are weathering the digital dynamic with a lot of resilience.

Large book retailers including Kinokuniya, Se-Ed, Nai-In and B2S have found themselves “scrambling to adopt to digital media,” Suchiva writes, either by closing locations, moving the majority of their business online, or, in the case of Thailand’s first nationwide bookstore chain, Dokya, becoming a publishing house.

Independent bookstores in Thailand as elsewhere, Suchiva writes, try to counter the chain-store experience by stressing their “warm, knowledgeable staff” members, who “provide readers with an experience and a community of readers that [ebook providers] just cannot match.”

Charun Hormtienthong, president of the Publishers and Booksellers Association of Thailand (Pubat), is quoted by Suchiva, saying, The value of the independent bookstore lies in its meticulous decoration, and its extensive and expertly curated inventory. Independent bookstores can also offer customers unique places to sip a cup of coffee while browsing through shelves, or comfortable nooks to read in throughout the day.”

Charun tells the Bangkok Post that there are more than 50 independent bookstores in Thailand, among them Candide Books, Soonthornphu Bookshop, Zombie Books, and Bookthopia. They succeed, in part, he says because they’re free to tailor their offerings to the local market.

“Revenue is low at big bookstore chains,” says Hormtienthong, “because the bulk of books in their catalog don’t match people’s needs. Independent bookstore owners can take the time to select their own catalogs.”

The owner of Candide Books, Duangruthai Assnachatang, tells the Post that the difference is most obvious in novels, some of which Candide purchases directly from the authors themselves.

Ruangdej Chandergiri, owner of Rahadsa Cadi, tells Suchiva, that in order to survive, the book industry needs bookstores, whether independent or chains.

And making sure that retail locations are widely available is one of the association’s goals. The group hopes to raise the number of independent bookstore locations in Thailand to more than 100.

Mr. Ruandaj says the print format has its own allure and is a key to the stores’ success: “Physical books are still charismatic and worth collecting.”

The full article by Nanat Suchiva for the Bangkok Post is here.