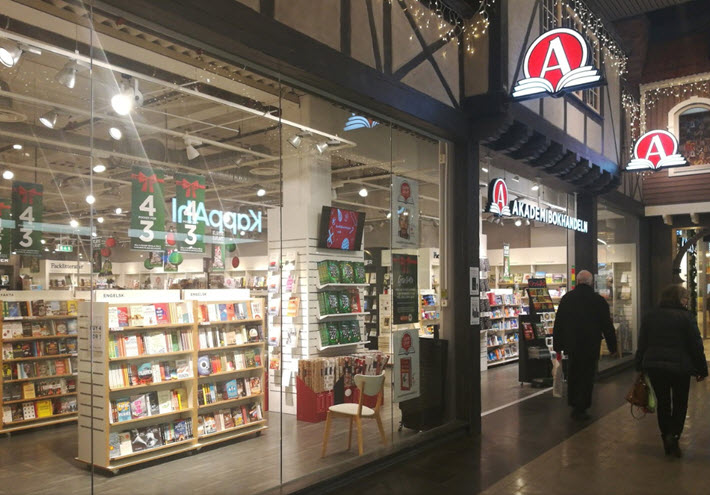 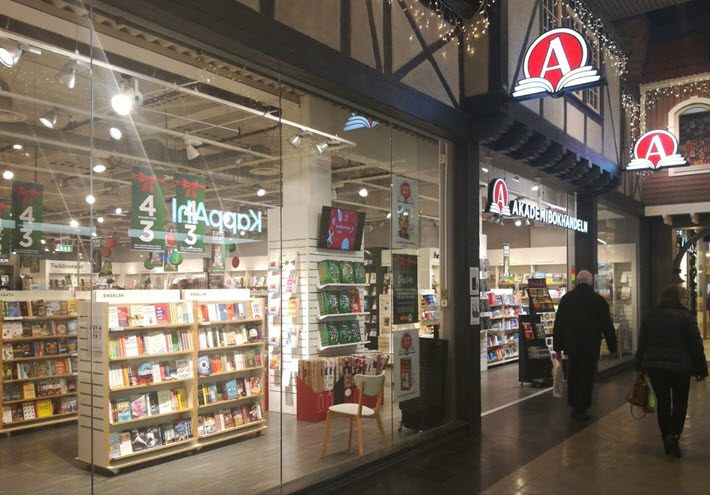 In a market in which Amazon has not arrived as a dominant bookselling force, Sweden’s Akademibokhandeln reportedly has 35 percent of the market and has been acquired by Volati. —Porter Anderson

In a statement made to the media, Stockholm”s Volati has confirmed that it has purchased 71.7 percent of the shares in the bookstore chain from Accent Equity, and a further 23.2 percent from three local entities—JP Killberg handelsaktiebolag; Stiftelsen Bokförlaget Natur & Kultur; and Krasse & Co AB.

As of June 1, Volati is reporting that the Swedish Competition Authority has approved its acquisition. The industrial group Volati was formed in 2003. Its portfolio holds about 40 operating companies that are divided into 12 business units and three major areas: trading, consumer, and industry. The new acquisition is understood to create a new, fourth industry area of involvement for the company. Volati operates in 16 countries, with some 1,200 employees.

In a prepared comment, Maria Hamrefors, Akademibokhandeln’s chief, is quoted, saying, “We have built a business that now has an extremely strong offering in all the channels through which our customers want to purchase books and related products.

“We look forward to being part of the Volati Group and having Volati as a long-term owner that I believe can contribute know-how and support in developing operations moving forward.”

Of the 108 bookstores the chain comprises, Akademibokhandeln has 80 outlets under its own management, and they’re operated by the company’s 500 employees. An additional 28 bookstores are franchises.

Akademibokhandeln reports that it also has a growing customer club that currently comprises more than 1.3 million members—a significant figure in a country with a population of slightly more than 10 million, per figures from the state-run Statistics Sweden.

The chain’s capacity to develop its book club and an online presence under the brands of Akademibokhandeln and Bokus as complementary sales channels is particularly important in light of the Boken 2017 market report, jointly released by the Swedish Booksellers Association and the Swedish Publishers Association last February.

One of Akademibokhandeln’s strengths as Sweden’s leading bookselling chain is its busy localized events program.

Book Club and Online Sales: On the Rise

In 2016, Sweden’s book sales through traditional market channels decreased both in terms of turnover, down 2 percent year-on-year, and volume, a decrease of 2.7 percent, to some 29.505 million copies, the publishers’ and booksellers’ associations said in their report.

Despite the negative market trend, online and book club sales volumes were up 2.8 percent, which contrasted with the significant decrease reported by brick-and-mortar bookstores, down 8.4 percent year-on-year. Online and book club channels in 2016 were responsible for sales of an aggregate 13.117 million copies, or close to 44.5 percent of the total.

The report’s data on the value of Sweden’s book sales compares figures for the period of February 24 to March 15 on a yearly basis. With 2016 sales of 104.46 million Swedish kroner (US$12.03 million), the online and book club channels were up 2.9 percent year-on-year, while the traditional channel sales fell 1.6 percent to some 135.74 million kroner (US$15.63 million). 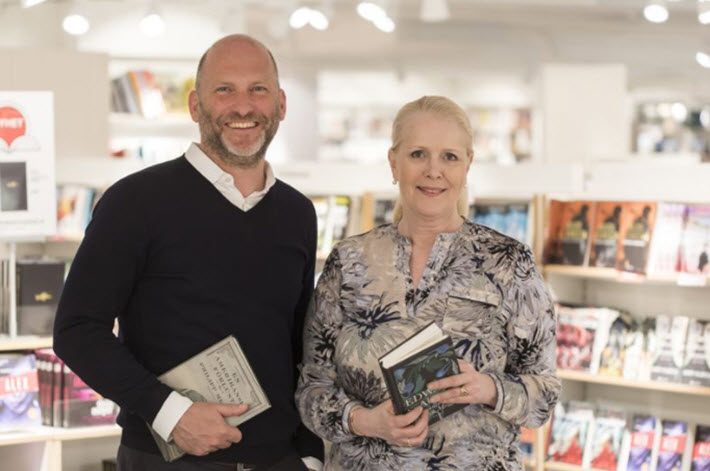 Last year, the Akademibokhandeln Group reported solid financial results, with net sales of some 1.8 billion kroner (US$207.9 million) and an EBITDA of 125 million kroner (US$14.43 million). That said, the chain’s future development could be undermined by worrisome data on book reading among adults, research released by Statistics Sweden.

Nevertheless, figures published by the European Commission in 2013 highlighted Sweden as the EU’s leader in book reading.

In its Eurobarometer report, the EC stated that “respondents in northern European countries are the most engaged in a range of cultural activities.

As an example, 90 percent of respondents in Sweden, 86 percent in the Netherlands and 82 percent in Denmark report that they’ve read at least one book in the last year.

By contrast, southern and eastern countries are often the least engaged in cultural activities, according to the EC research, only 51 percent of respondents in Romania and 50 percent in Greece saying that they’ve read at least one book in the last year, compared with 68 percent in the EU as a whole.