Creating the first standardized, central platform in book metadata for retailers and publishers, Metabooks Brasil is based on Germany’s Books in Print.

Having started with 6,000 titles available, the new Metabooks Brasil platform is quickly approaching 65,000 books, according to the project’s managing director Ricardo Costa.

The initiative is produced by Marketing und Verlagsservice des Buchhandels GmbH (MVB) and Frankfurt Book Fair, both daughter companies of the Börsenverein, the German Booksellers and Publishers Association. MVB has operated Germany’s Books in Print metadata service (Verzeichnis Lieferbarer Bücher) for more than 45 years. They are working with the Brazilian Chamber of Books (CBL), which represents publishers, booksellers, distributors and related elements of the book trade in Brazil, an association that in 2016 reached its 70th anniversary.

In introducing the new Portuguese-language Metabooks, Costa tells Publishing Perspectives that the uptake on the new platform has been extremely fast because Metabooks is fulfilling a pressing need in the Brazilian market.

“We provide the sales side of the market,” Costa says, “with the metadata about the titles in the Brazilian market, the titles that the publishers upload to the platform.”

And in doing this, Metabooks is creating something completely new in this major market, he says: “This will let booksellers know whether they can order a given title or not.”

As it turns out, the Brazilian market has developed over the years without a tradition of publisher-provided metadata to identify, classify, and quantify its books. This has left the country’s industry without consistency and without a reliable source for market metadata on its content.

“I visited one publisher,” Costa says, “and they showed me 28 Excel spreadsheets that they needed to fill out for each title,” because various booksellers ask for different elements of metadata. “And that publisher produces 20 titles per month. This gives you an idea” of what a relief the Metabooks offering can bring both to publishers and to booksellers.

Quickly turning the situation around now, Metabooks is seen as a boon to both publishers and sellers, a way to make all boats float.

Speaking for MVB, CEO Ronald Schild is quoted in a prepared statement, saying:

“Together with the local team, we had continually been adapting Metabooks Brasil to the country’s specific requirements all throughout the development phase.”Thanks to intensive preparatory work, we now can ensure a very good user experience right from the start.

“What we have experienced with this project by now confirms that we are on the right track with the internationalization of our business.”

Saraiva Onboard From the Start

Costa says that more than 50 percent of the market share of Brazil’s booksellers have already subscribed to Metabooks. This is because some of Metabooks’ initial bookselling clients are among the country’s largest retailers.

Saraiva, the leading bookseller, is a charter client. Other booksellers now in place include Livraria Leitura and Livraria da Vila, both among the top five booksellers in the country.

The wholesaler Casa de Livros Distribuidora has also subscribed, and Costa tells Publishing Perspectives that Amazon is in negotiations to become a participating retailer, as well.

The business model sees booksellers as subscribers to its platform’s metadata, while publishers pay for their listings of books, listings that provide the standardized product information the sellers have needed.

The following publishing houses have joined Metabooks at press time:

In addition, Metabooks reports that Nielsen Bookscan Brasil is using Metabooks as a data provider for its services, in a three-year contract “on the purchase of validated and standardized product information from the Brazilian book market.” 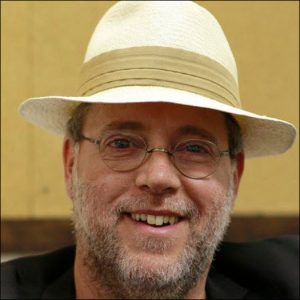 “Now that we’ve started doing this platform,” Costa says, “we’ve learned that some publishers don’t even save the metadata they’ve provided at times to booksellers,” such as BISAC codes.

“I think that’s why we’re so successful.” Most of the companies working with Metabooks, he says, signed with the project as soon as they heard that it would be addressing this problem, “before we were even online.”

In short, Metabooks Brasil seems to be answering a precise and pressing need in its market. “We are three people now,” he says, a small team working on the platform, “and two more people are coming to us.”

While Costa says that 2016 was another extremely difficult year in Brazil, “not just for publishing but for all industries,” he says that he does see some small signs at this point that 2017 may look a bit better.

“In the past, we were always going down. But now we’re starting to see some things going up.”

Costa is a former associate partner for South America with Frankfurt Book Fair and worked for six years with PublishNews Brazil. He’s a systems analyst by training and began his career as a product manager with HBO Brazil.

The Metabooks program began introducing its plans to the Book Chamber last August at the São Paulo International Book Fair.

Frankfurt Book Fair and MVB each holds half of a 75-percent stake in the company, according to press information, with the Brazilian chamber holding the remaining 25 percent. Tech development has been led by MVB Labs in Frankfurt. A Facebook page for Metabooks Brasil is here.