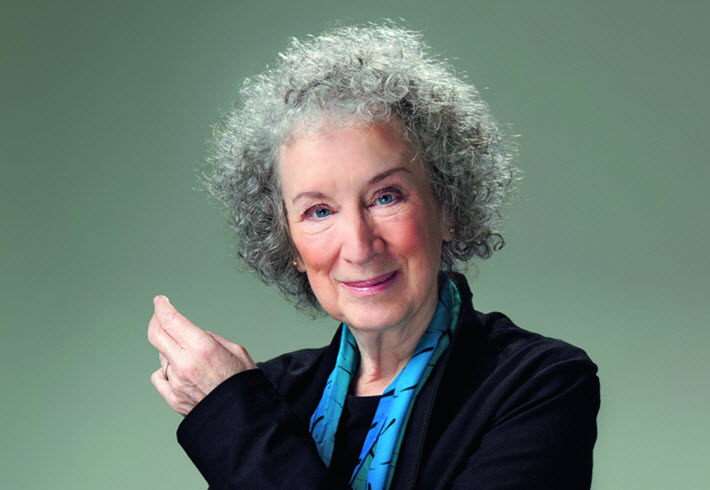 During Frankfurt Book Fair, Germany’s publishers and booksellers will honor Margaret Atwood as ‘one of the most important storytellers of our era.’ 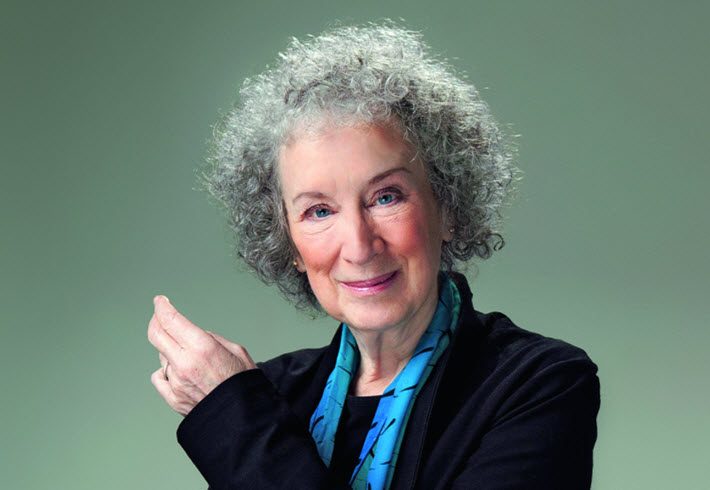 ‘The Contradictions of Human Nature’

In an announcement today (June 13) made at the opening of this year’s Berlin Book Days, the Börsenverein’s chair, Heinrich Riethmüller, said that the award ceremony is set for Sunday, October 15—the final day of this year’s Frankfurt Book Fair (October 11-15) at Frankfurt am Mein’s Church of St. Paul. The program there is to be broadcast live on German public television.

In a prepared statement, the prize’s board of trustees’ rationale reads:

“In her wide range of novels, essays and volumes of poetry, Canadian author Margaret Atwood has demonstrated a keen political intuition and a deeply perceptive ability to detect dangerous and underlying developments and tendencies.

“As one of the most important storytellers of our era, Atwood fearlessly probes shifting patterns of thought and behavior in both her utopian and dystopian works. By precisely observing the contradictions of human nature, she shows how easily our alleged norms can deviate towards the inhumane.

“Humanity, justice and tolerance are the unvarying characteristics of Atwood’s work. With an alert eye and a profound knowledge of humankind, she observes the world around her and articulates her verdicts and concerns for our fate in an equally eloquent and vivid literary manner.

“Through her, we experience who we are, where we stand and what responsibilities we carry with regard to ourselves and our peaceful coexistence with others.”

A Big Year for Atwood

As Publishing Perspectives readers know, Atwood, 78, was honored earlier this month by the Franz Kafka Society  and was given the 2016 PEN Pinter Prize.

“Through her, we experience who we are, where we stand and what responsibilities we carry with regard to ourselves and our peaceful coexistence with others.”Börsenverein Peace Prize trustees statement

Bringing a surge of new readership to her work, as well, the Hulu miniseries production of her 1985 The Handmaid’s Tale began its weekly airings on April 26 and was renewed for a second season a week later. Variety’s Elizabeth Wagmeister reports that the second season will air in 2018.

There’s information about the book in our recent interview with Anna and Elena Balbusso, the designers of its edition from the Folio Society. Here are parts one and two.

Atwood has participated in the screenwriting for the project and appeared at ReedPOP’s BookCon in New York on June 3 with the Hulu production’s highly regarded showrunner, Bruce Miller.

And for the first four weeks of the new Amazon Charts “Most Read” listings–which sort the Top 20 titles actually being read in the Kindle ecosystem weekly–The Handmaid’s Tale has held the No. 1 spot without dropping a week. In the “Most Sold” classification–which includes both print and digital formats–the novel has held the No. 1 spot for three of four weeks, giving over to Nora Roberts’ Come Sundown just last week in the June 4 listing.

As the Börsenverein’s prize announcement recounts, many other awards have come to Atwood, 77, including:

Late this year, a volume of essays titled Aus Neugier und Leidenschaft (For Reasons of Curiosity and Passion) will spotlight Atwood’s work for German readers and will comprise reviews, travel reports, short stories, and ecological writings.

Atwood’s body of work, as cited by the board, comprises “novels, short stories, essays, poetry, stage plays, screenplays and children’s books, and it has been translated into more than 30 languages.” She’s based in Toronto and is married to the novelist Graeme Gibson.

Last year’s winner of the Peace Prize was the German author, essayist and journalist Carolin Emcke.