Drawing more than 10,000 entries in its first outing last year, the Global Illustration Award has five categories and promotes the importance of publishing’s visual artists. 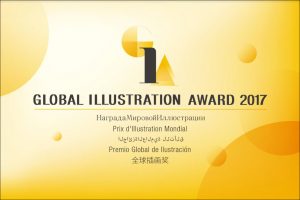 Frankfurt Book Fair has opened its Global Illustration Award to entries. This is the second year for the competition operated by the Asian company IlluSalon, described in press materials as “a global illustration resource platform.”

The awards program is organized in association with the Hong Kong-based International Information Content Industry Association (ICIA) and is designed to honor and celebrate the important role that the international publishing world’s visual artists play in so many books’ success.

Illustrators from all parts of the world are eligible to submit entries here, with a deadline of July 14.

Prizes, to be awarded at Frankfurter Buchmesse (October 11-15) include a €6,000 Grand Award. There also are €2,000 Gold Awards  and €1,000 Excellence Awards. The honors are distributed in five categories:

As it happened, last year’s jury was unable to agree on a Grand Award for the first year of the competition, as is discussed at the IlluSalon site here. The decision, the program stressed, was “in no way intended to minimize the achievements of the winners, but rather above all to underscore the high standards of the competition in order to enshrine it as an international yardstick in the illustrator scene in the future–with a particular focus on original non-computer-assisted illustrations, to promote less well-known talents as well as to recognize renowned illustrators.” 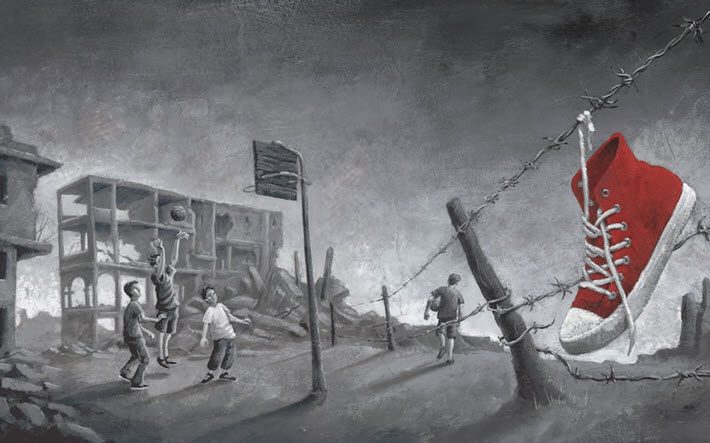 Dresden-born illustrator Tobias Krejtschi won the Gold Award in the children’s category for his work in acrylics on ‘One Red Shoe’ from German publisher Boje Verlag (Bastei Luebbe). Image: IlluSalon

‘A Need for Such an Award’ 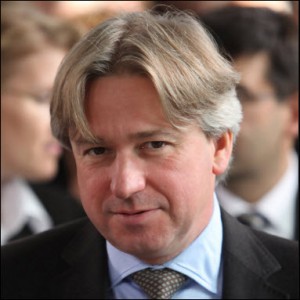 In a prepared statement, Juergen Boos, Frankfurter Buchmesse director, is quoted, saying, “We are thrilled about the success of the first year of the Global Illustration Award,

“The overwhelming number of entries last year shows that there is a need for such an award honouring and putting in the spotlight the work of international illustrators.

“We are looking forward to this year’s submissions.”

Boos is referring to an energetic response in 2016 comprising more than 10,000 entries from more than 50 countries. 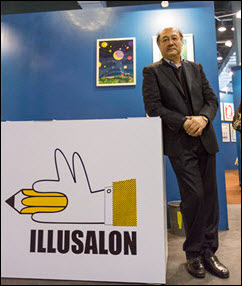 Like Boos, IlluSalon founder Hou Mingliang, in his prepared comment, is impressed with 2016’s start, saying that it surpassed what was anticipated. “A beginning like that was well above expectations,” he says.

“It was–for us–nothing short of a miracle. Through establishing this award and working with Frankfurter Buchmesse, we hope to provide a platform for illustrators to display their talent and to communicate with one another.

“We also hope that rich and colourful illustrations can help drive growth in the content industry.”

This year’s theme illustration category has as its topic “French–diversity and creativity,” and is, of course, is based in Frankfurt Book Fair’s Guest of Honor, France.

Judges of the competition this year include:

The award program’s Web site, for entries, is here. You can learn more about last year’s winning entries here. 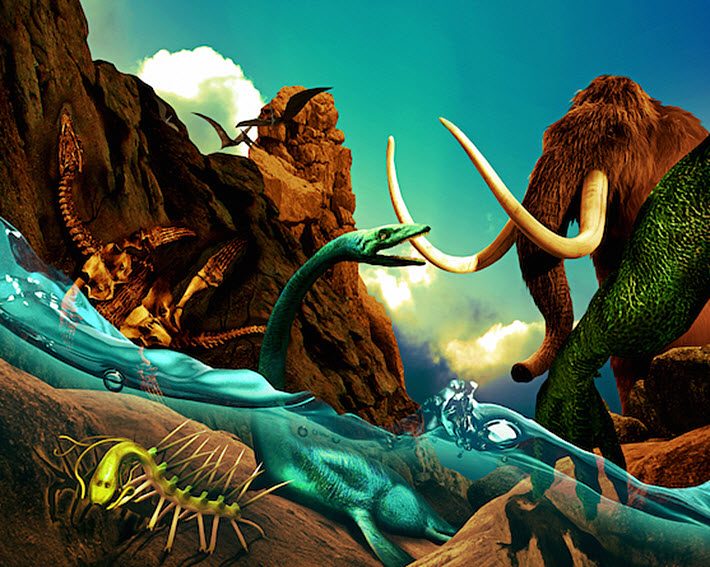 Indian illustrator Kunal Kundo won the Gold Award in the scientific category in 2016 for his work in pencil, paper, and computer, excerpted here, for his ‘Creatures From the Past’ cover, published by HarperCollins UK. Image: IlluSalon