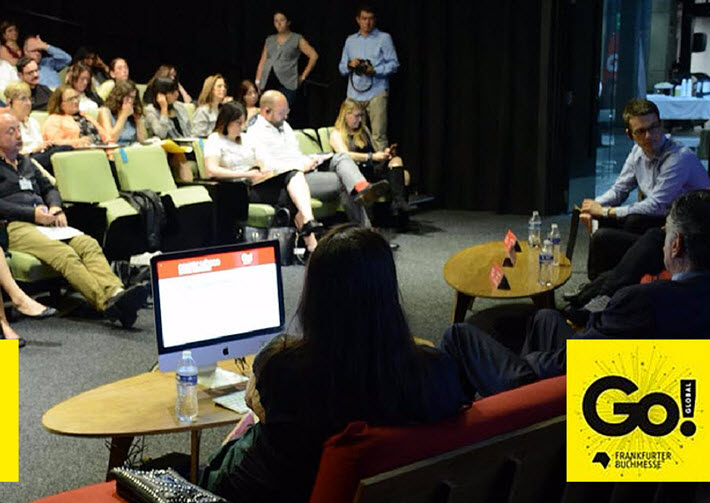 Those engaged in digital publishing in Mexico say things are looking up somewhat, despite slow growth and a marketplace that’s still discovering the advantages and opportunities. 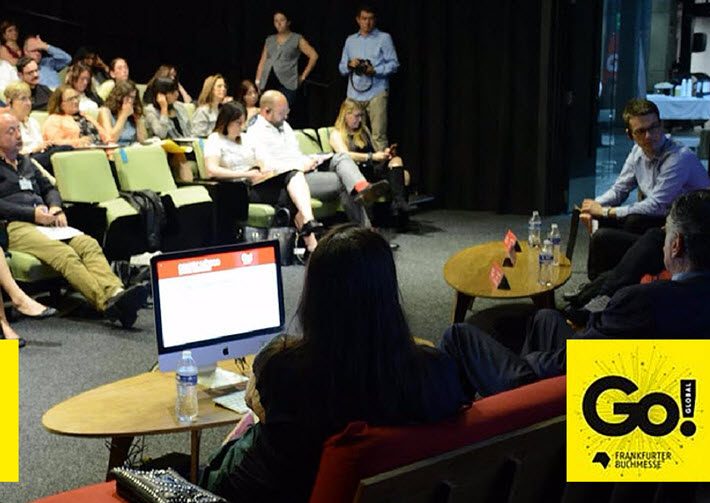 For some observers, a cautious optimism has replaced the mood of uncertainty that greeted ebooks in Mexico at the start of the decade. New debate was heard at CONTEC Mexico earlier this month. The two-day conference (June 14 and 15) was produced in Mexico City by Frankfurt Book Fair.

“I think it’s important to think now why the ebook hasn’t ‘settled’ in Mexico, and why its adoption has been so slow,” said Álvaro Jasso to Publishing Perspectives at the conference. This exploratory note was a good one for the conference.

With a theme of building bridges in publishing by promoting innovation, CONTEC’s program featured 15 speakers in two days of programming that brought together experts including speakers from Finland’s Kaiken Publishing; Germany’s  Dorothea Martin of oolipo; Sven Fund of fullstopp; Olaf Bryan Wielk of Beemgee; and, from Mexico, José Ignacio Echevarría of Sitesa and Adriana Casas of Centro Multimedia.

Jasso was part of a staged conversation that also featured Deigo Escheverria of Mexico’s Ink-it and Libros Pimienta‘s Aránzazu Núñez, and their focus onstage was “Digital Initiatives in Mexico.”

Jasso is the editor of Mexico’s Libros Malaletra, a digital publishing company. “I always thought that resistance to the ebook would be quickly overcome,” he said, “in a couple of years at most. And that the advantages of distribution, both for readers and publishers, would defeat the prejudices.

“But the big, multinational, Spanish publishers have been rigorously careful to maintain their business of national franchises, while medium-sized publishers reject ebooks as if they were the anti-Christ…while small publishers are afraid or don’t have the resources.”

The ebook remains a tiny part of the publishing industry’s sales in Mexico, but some publishers have embraced the format, including La Cifra and Editorial Resistencia, seeing its potential to transcend frontiers.

And Jasso said that he remains determined to succeed.

“One of our aims,” he said, “is to reach the largest public possible, to promote authors who are close to us, and to promote reading at the same time. One thing we’d like to see in the long term is local writers in Spanish transcending their national boundaries, with their texts available across the American continent. Let’s see if that happens.” 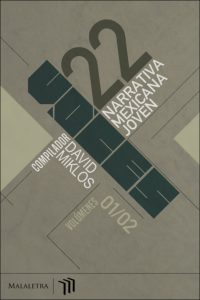 He published two ebook anthologies of young Mexican short story writers’ work, 22 Voces: Narrativa mexicana joven, in collaboration with the national arts and culture fund, which financed the first volume, allowing for its free distribution. The second volume is pay-to-download.

Libros Malaletra has also forged an alliance with a young playwrights’ festival in Querétaro, the city that hosts the Mexican edition of the Hay Festival, publishing ebooks of selected stated works. As with 22 Voces, the first volume was published in collaboration with FONCA as a free download.

Jasso describes drama as an interesting genre for ebooks, given that it has limited distribution in print, and the ebook allows sales beyond the country’s borders. And Jasso said that ebook sales are on the rise, despite figures to the contrary based on ISBN numbers, which he said solely refer to books from multinational publishers.

“Sales and free downloads, both by small presses and self-published authors, are rising constantly,” he said, “but these are figures that aren’t taken into account by everyone.”

Data collection on ebooks is a problem familiar in many other markets, too. “There are many readings that are not counted,” he said, “as they don’t form part of the traditional industry.” Such numbers, he said, could end up changing the Spanish-language publishing and literary panorama.

Malaletra’s sales and downloads are increasing each year, he said.

Nevertheless, the publisher said he has toyed with different promotional models for ebooks–”experiments”–with little effectiveness. One of these involved printing postcards of a book’s cover with a QR code on the back to enable a free download. There’s also the “Minis” series–single stories downloadable free of charge as “teasers,” allowing readers to try an author.

“Rather than offering fragments of texts,” he said, “what we are seeking are independent, self-sufficient volumes. “Mexico should be our natural market, but it’s where we sell 25 percent of our titles, while the majority are sold in Spain and the US.” 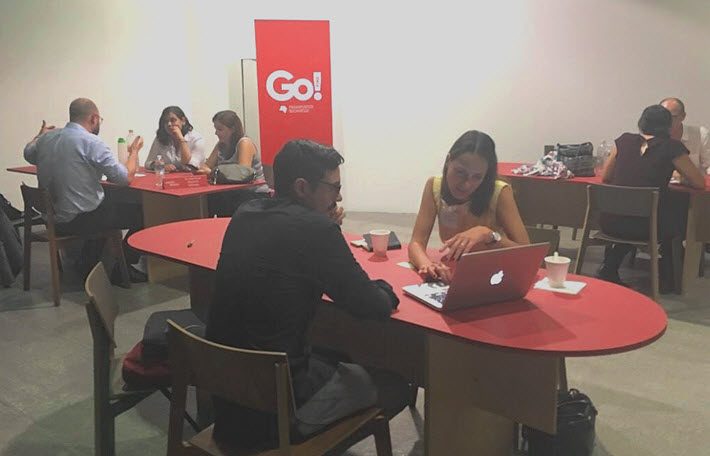 The Mexican Market as a ‘Slow Drip’

Aránzazu Núñez is the founder of the independent press Libros Pimienta and an account manager for Bookwire.

“Mexico has been an interesting market,” Núñez says. “It’s been a slow drip, but publishers who have begun to work with us have seen results, both smaller ones such as Malaletra, or the [state-owned] academic publisher Fondo de Cultura Económica, for example.”

She says that she believes publishers in Latin America are beginning to embrace the ebook more than they’ve done in the past.

“The print industry is suffering so much in Latin America,” she says, “that publishers are for the first time no longer seeing ebooks as a threat, but as a parallel possibility to balance the lack of sales.”

“Ebooks haven’t accounted for much in terms of overall sales,” Núñez says, “but then how could they have done if catalogs were so small? Now publishers are seeing how ebooks can complement their catalogues.”

She said that publishers come to understand that ebooks can supplement their revenue when they understand better that ebooks can have a wider reach than print without incurring the expense of physical distribution–and while providing readers with immediate access, something that many consumers demand.

“The other advantage,” she said, is the “ebooks are forever” argument, never out of print. “This allows a new public to discover new writers, and from new territories,” she said, without the normal cost of physical publication and distribution.

The company has signed an agreement with Mexico’s publishers chamber, the Cámara Nacional de la Industria Editorial, or Caniem, in an attempt to encourage digitization. The idea is to offer consulting assistance that promotes digital formats.

Part of the dialogue at CONTEC and in Núñez’s work also involves the opportunity in digital contexts to enrich texts with apps and audio and or video, but Núñez advises the market to be careful of embellishment for its own sake.

“Not all titles require it,” she said, “and the development of ‘enrichment’ is expensive. Enhancement is still something that many publishers can’t afford, and there can be a tendency to ‘over-beautify’ texts. In many cases, the result can be a distraction from the original. I’m not against it, but it’s also necessary to see how much it increases the sales, if indeed it does at all.

“Transmedia publishers need to ask to what extent they’re enriching a text, where they’re able to sell such formats, and at what price.”

However, Núñez said she likes the idea of “filleting” content,” in some markets called “chunking” it into smaller, salable parts, as in providing short stories, long-form journalism and academic texts as individual products, allowing readers to create anthologies, or “play lists,” while recognizing that often it is only the larger publishing houses that can make such an investment.

But one of Núñez’ key warnings is about being too brash in a new market. Careful progress is the key, she said.

“The market is so sensitive that sometimes we move forward too quickly,” she said with the voice of her experience. “There’s a risk of that, and you have to develop the public to create the demand, before you can satisfy that demand.

“I think we will become more sophisticated as digital readers and consumers,” she said, adding that she’s unconcerned about the Mexican market seeing a decline in ebooks’ progress–as is discussed in some Western markets–at least, not soon.

“I’m more interested in the child learning to walk before thinking about its retirement,” she said. “I think readers have more possibilities to encounter texts, and that range didn’t exist with print. As technology becomes more accessible, cost-wise, and prices stabilize, there is still a lot of growth to come.”

Publishing Perspectives will hear more about Latin American markets and digital expansion from Bookwire’s co-founder and CEO, Jens Klingelhöfer on Thursday in our free monthly Rights Edition. Sign up now to be sure you get it on Thursday.