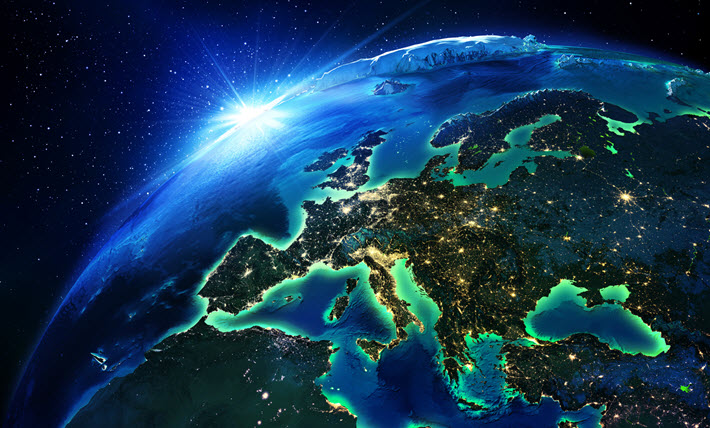 On the way to Europe’s Digital Single Market, booksellers are alarmed about geo-blocking and its potential effects on ebook sales. And the EU’s trialogue on the regulations have begun this week. 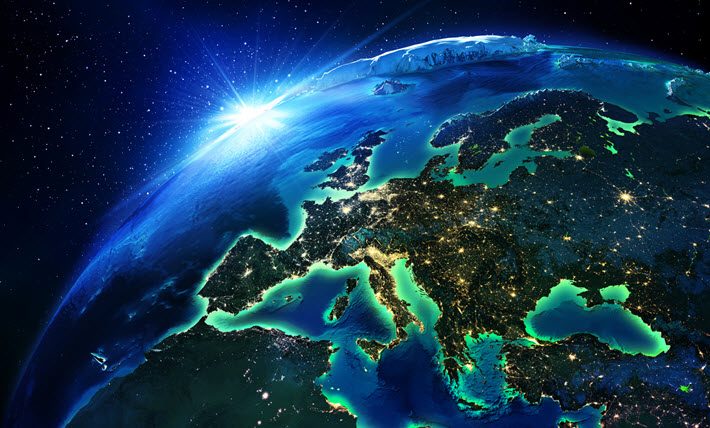 ‘This Is Moving Fast’

To outsiders, the details of European booksellers’ argument with geo-blocking may come as a surprise.

For one thing, geo-blocking not about “portability” of ebooks and other digital products which consumers have already purchased. For another, the booksellers—at least as represented by the European & International Booksellers Federation (EIBF)—not opposed to selling ebooks across borders.

What the EIBF is protesting against, however, is the EU’s proposed legislation on rollback of geo-blocking, because it forces them to sell ebooks to users in all EU countries. This requirement to service the union’s wide range of member nations’ varying taxation levels, fixed prices, and other constraints is too costly for many booksellers to bear.

In April 2017, the European Parliament issued a draft law outlining instances in which geo-blocking—restricting content sales and access to services based on the user’s location—would no longer be allowed. Included in this proposed legislation is an end to geo-blocking sales of ebooks across the EU.

“We’re calling for a careful impact assessment and extra time for the ebook market to develop before the baby is thrown out with the proverbial bathwater.”Dr. Jessica Sänger

Publishing Perspectives today looks at this issue with the articulate assistance of Dr. Jessica Sänger, legal counsel and director of European and international affairs with the Börsenverein des Deutschen Buchhandels, Germany’s Publishers and Booksellers Association.

We next are issuing an invitation to representatives of other European booksellers’ and/or publishers’ associations—and to the International Publishers Association in Geneva–to let us have their comments on the matter, as well.

The discussion has been triggered by the EIBF’s launch of a petition with a purposefully alarming title: “Tell the European Union Not to Force Bookshops Out of the Ebook Business.” We have a hunch that one reason the petition isn’t yet getting much traction is that the issue itself is, as Sänger notes, quite complicated.

It also has picked up urgency this week. Publishing Perspectives understands that a stage of regulatory discussion referred to as a trialogue–three-way negotiations between the European Commission, Council, and Parliament–have begun.

“This is moving fast,” as one colleague puts it.

Five Questions on the Geo-Blocking Issue for Jessica Sänger

Publishing Perspectives: In its prepared statement, EIBF co-president Jean-Luc Treutenaere is quoted, saying, “These new constraints will entail significant costs for booksellers. Some traders will just stop selling ebooks because it is too costly. Others will have to make financial choices to the detriment of their offer and services to customers.”

What is the experience of an ebook buyer in Europe now? If I buy an ebook in Germany from a bookseller, am I not able to read that ebook when I travel to Sweden or Italy on business? 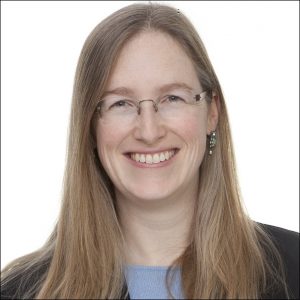 Jessica Sänger: That’s a question of portability. The EU has already agreed [to] a regulation ensuring that consumers may continue to enjoy digital content they’ve previously licensed when they travel within the Single Market. We welcome this certainty for readers–although a lack of portability has not been a problem particularly related to our sector in the past.

The question that the EU is addressing in the geo-blocking proposal is aimed at sales of goods and contracts for services across borders rather than the situation of taking previously purchased content out of country.

PP: We know that the European Commission is working on the Digital Single Market. The irony here is that to some of us watching from afar, it would seem logical that selling ebooks across borders would be (a) a natural part of a Single Market and (b) good for everyone: bigger market reach should mean more consumers to buy. Can you explain, then, why it becomes a negative thing for booksellers?

“The extension of the summary prohibition of geo-blocking to the ebook sector (favored by the European Parliament) would actually impose an obligation on each and every bookseller who operates a Web shop to sell to customers from across the EU.”Dr. Jessica Sänger

JS: Booksellers are very much in favor of selling ebooks across borders, and in fact they do. Wherever there’s demand, especially in language areas which extend across borders (and for books in the “big” languages), retailers sell ebooks to customers in other countries. In a study seeking to uncover problems within the Digital Single Market, only 1 percent of readers reported having difficulties accessing the ebooks they wanted to license. I think this shows how well the book sector is serving its readers.

However, the extension of the summary prohibition of geo-blocking to the ebook sector (favored by the European Parliament) would actually impose an obligation on each and every bookseller who operates a Web shop to sell to customers from across the EU. This means displaying the correct (low or standard) VAT rate for the customer’s country at the time of sale. It means applying the differing fixed book price systems which operate in different member states correctly. And more generally speaking, it means applying all the other, often complex, rules governing the transaction, whether contractual or regulatory, to each and every case.

This is a very complex scenario with numerous risks, meaning that the cost such an obligation would entail for each retailer would be extremely high.

The problem is that due to natural language boundaries, the demand for books across borders–for example, from customers in Slovenia for books from Portugal–is very low. The potential revenues from such transactions would in no way balance the cost of ensuring compliance with the regulation.

This is the core of the problem, and the subsequent danger is clear: prohibitive costs could force SMEs [small and medium-sized enterprises] out of the ebook market, benefiting the few huge players.

PP: Is there any relation in the geo-blocking we’re talking about to the practice of protecting the revenue of, say, a sports event by having its TV broadcast blocked in its local market? What is the scope of the EU’s proposed geo-blocking regulation?

“We’re pleased that the European Council appears to support a period of grace in order for important improvements, including to electronic payment services, to be implemented before ebooks are included in the scope [of the regulation].”Dr. Jessica Sänger

JS: No, that’s an example of technological measures preventing access in the audiovisual field.

The proposed EU regulation on geo-blocking is directed instead at discrimination of customers trying to buy goods or services from online retailers in other member states. It doesn’t apply to the audiovisual sectors, which are regulated separately.

The European Commission didn’t intend for the rules to extend to ebooks for a period of at least two years after application to other sectors, since the ebook market is still in its early stages in many member states of the EU. For the same reason, an impact assessment of the proposed regulation on the ebook market has not yet been undertaken.

We’re calling for a careful impact assessment and extra time for the ebook market to develop before the baby is thrown out with the proverbial bathwater. We’re pleased that the European Council appears to support a period of grace in order for important improvements, including to electronic payment services, to be implemented before ebooks are included in the scope [of the regulation].

PP:  Along with the question of geo-blocking, the EIBF material also brings up a couple of other interesting points. For example, there’s the idea that booksellers in Europe don’t make money–and are even losing money–on ebook sales. Why is this? Is it related to the VAT issue with ebooks vs. print? Or to another factor? Especially with the success of the Tolino, we might have thought that booksellers selling ebooks could find them helping to produce more revenue. Is this not the case?

To sell ebooks, “investments by booksellers in the necessary electronic distribution infrastructure, data, customer service features, customer support services, and so on, have been significant.”Dr. Jessica Sänger

JS: This has to do with the fact that, for example, in Germany, ebook sales currently generate only about 1 to 3 percent of booksellers’ turnover on average. Margins are small, meaning that large numbers of ebooks need to be sold to generate significant income.

Plus, as you mentioned, VAT is still at the full rate, further narrowing the margins in this business.

On the other hand, investments by booksellers in the necessary electronic distribution infrastructure, data, customer service features, customer support services, and so on, have been significant. The cost of running these systems is also quite high, so that the bottom line for many is still that they’re not yet breaking even.

Of course the reason booksellers are investing in ebook capabilities is that they hope and expect the segment to grow and generate profits in the future. Besides, offering customers the whole range of available products is an important aspect of retaining customer loyalty.

PP:  Lastly, perhaps this is just a point of semantics, but is EIBF correct to say that if ebooks are sold cross-border in Europe that some booksellers will “leave the market altogether”? Would booksellers not have the option to just sell print books? And considering the small part of the market represented by ebooks in many countries of Europe, would having to make them available to anyone who wanted to buy them really have so much impact on a bookseller’s income?

“Cultural diversity benefits from a broad range of booksellers providing a diverse selection of books to readers. Being able to buy ebooks exclusively from a few large players is not an attractive prospect for consumers.”Dr. Jessica Sänger

JS: Again, booksellers love selling books across borders, wherever there is demand.

The position we’ve taken on this regulation is about unintended consequences of over-broad application. If the cost of compliance with EU rules becomes prohibitive, many small businesses won’t be able to afford to offer their customers ebooks any longer. If they returned to selling only print books, they would effectively have been pushed out of the ebook business, which would make their overall offer less attractive to readers and result in a loss of diversity in the market.

Booksellers want to be in a position to offer their customers a real choice to read whatever they want in the format they prefer, wherever they are. Since many expect the ebook market to grow and become more profitable, it’s natural that booksellers want to remain part of that business.

Besides, cultural diversity benefits from a broad range of booksellers providing a diverse selection of books to readers. Being able to buy ebooks exclusively from a few large players is not an attractive prospect for consumers.

We look forward to bringing you comments from other European states’ bookseller and/or publisher associations on the geo-blocking issue.

For more details on the matter, the EIBF has an FAQ here.

And its petition and video are available in three other languages: