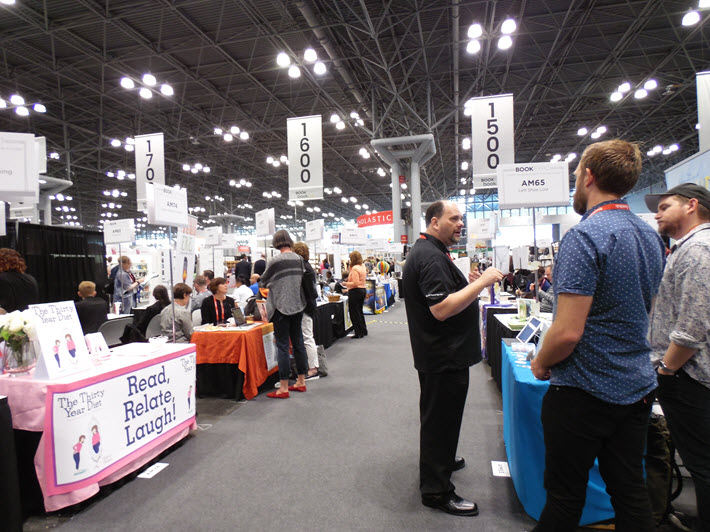 Here is a round-up of the latest international distribution partnerships announced at BookExpo this year in New York. 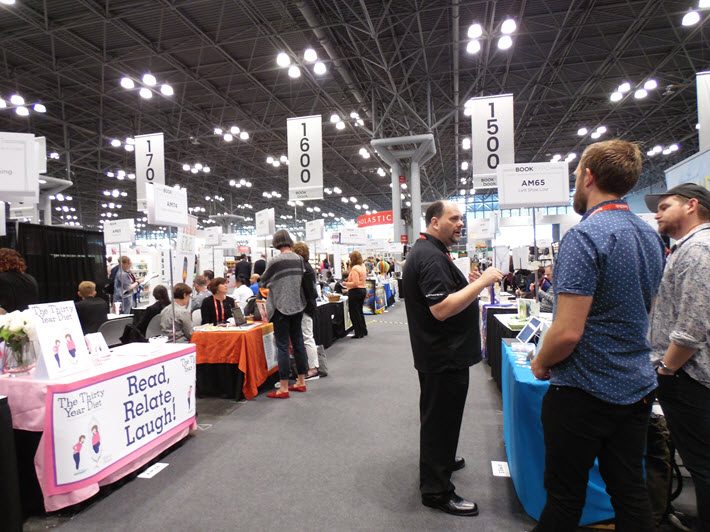 At BookExpo on its first of two trade floor days. Image: Porter Anderson

At BookExpo this year, companies are launching and announcing new initiatives and programs. Here are several of the news items being sent to media members this week.

Scotland’s Canongate in the US and Canada

Edinburgh-based independent publisher Canongate Books has signed with Publishers Group West (PGW) for distribution in Canada and the States, beginning in the autumn.

Interestingly, this is a return to an arrangement with PGW (an Ingram brand) for Canongate, which has had some of its greatest successes with authors including Rebecca Solnit, Barack Obama, David Byrne, Ruth Ozeki and others.

In a prepared statement, Canongate CEO is quoted, saying, “To be reunited with PGW, with whom we had a long and happy relationship through our partnership with Grove Atlantic, is a huge thrill.

“The fact that they are now part of Ingram makes them an even more formidable sales and distribution partner, and we feel bullish about what we can achieve together with our eclectic and exciting list in North America. It feels like a perfect match in all respects.”

The fall list from Canongate is expected to include Michel Faber’s (The Book of Strange New Things) first book of poetry.

Casemate and Spink in International Distribution

, a publishing division of the UK’s Spink and Son, Ltd., has agreed to a global distribution partnership with the Casemate Group. Under the terms of the arrangement, Casemate Academic will distribute to North America, Oxbow Books will handle the rest of the world markets.

As described in press materials, “Spink is a venerable auction house which started principally as a goldsmith’s and pawnbroker’s business in London by John Spink in 1666.  Over the next century the company increased its dealings in gold and silver coins and became Spink and Son.

“The company diversified its departments adding art, furniture, and spirits among others through the years, and Spink held its first coin auction in 1978.  Now with offices in New York, Hong Kong, Singapore and Switzerland, Spink is headquartered in London and holds more than 70 auctions a year.”

The agreement sees Spink, with its emphasis on numismatic catalogs, publishing 10 to 12 titles annually with four new titles by the end of the calendar year. The company’s backlist is to have a staggered release onto the market.

New signings with international publishers are expanding the reach and service of Ohio-based OCLC, through its WorldCat Discovery platform.

OCLC is nonprofit, providing shared tech services, research, and community programs that support libraries in the international context with its network of data about library collections and services. More on the company is here.