Both the winning illustrator and author are given more than $600 in books to donate to their local libraries, as well as more than $6,300 in cash.

‘History Allows Us To Examine Decisions’

The Chartered Institute of Library and Information Professionals (CILIP) has named its winning author and illustrator of this year’s Carnegie and Kate Greenaway Medals, among the UK market’s most influential children’s book awards.

One time music-manager-turned-novelist Ruta Sepetys has won the CILIP Carnegie Medal for Salt to the Sea (Penguin/Puffin), which looks at the events that led up to the sinking of the Wilhelm Gustloff, in which more than 9,000 people, mostly refugees, were killed. Sepetys, the daughter of a refugee, herself, with a “family connection” to the tragedy, spent three years researching the book.

The program’s winning illustrator is artist and author Lane Smith, given the Kate Greenaway Medal for There is a Tribe of Kids (Macmillan/Two Hoots), a picture book that examines the “power of collective nouns and the importance of play and exploration.”

Smith and Sepetys are Americans, and it turns out that this is the first time that both laureates have been from the States. 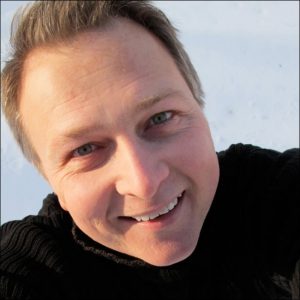 In a prepared statement, illustrator Lane is quoted, saying, “Years ago, when graduating from art school, I was told that my work was too stylized-looking for the kids’ book market in the States and I would probably have to move to London where they took a more enlightened view of quirky artworks.

“I told my instructor that he was wrong, and that there were many wonderful books being published in the States, and showed him my books by Wildsmith, Blake, Browne, Steadman, Cousins, Oxenbury, Foreman and Burningham.

“And my instructor politely informed me that those were all British artists.

“To be acknowledged from the land of many of my favorite illustrators is an enormous honor.”

The two CILIP medals, first awarded in 1937, are unique in that they’re judged by librarians. 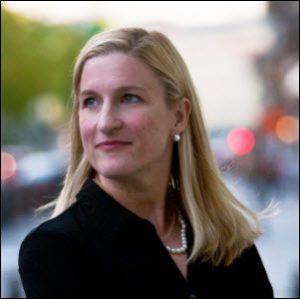 Author Sepetys, who had been shortlisted for the 2012 Carnegie Medal for Between Shades of Grey, says:

“As a writer, I am drawn to underrepresented stories and history in hiding. I spend a lot of time pondering the question – why do some parts of history penetrate our collective consciousness while others remain hidden? When I began work on the novel years ago, I had no way of knowing that when it was published, we would be amidst a refugee crisis.

“Then and now, my thoughts return to the children.

“History allows us to examine decisions. Yes, history can be full of sadness and pain but it also shines light on hope, freedom, courage and the miraculous nature of the human spirit. History divided us, but through reading we are united in study and remembrance. That is the power of books.”

The Amnesty CILIP Honours are awarded to an author and illustrator of two books, one from each medal’s shortlist, which most distinctively illuminate, communicate, or celebrate issues of personal rights and freedoms.

From the CILIP Carnegie Medal shortlist, the Amnesty honor was given to the Australian author Zana Fraillon for The Bone Sparrow (Orion Children’s Books).

The Amnesty CILIP award for the Kate Greenaway Medal shortlist was given to Francesca Sanna for The Journey (Flying Eye Books).