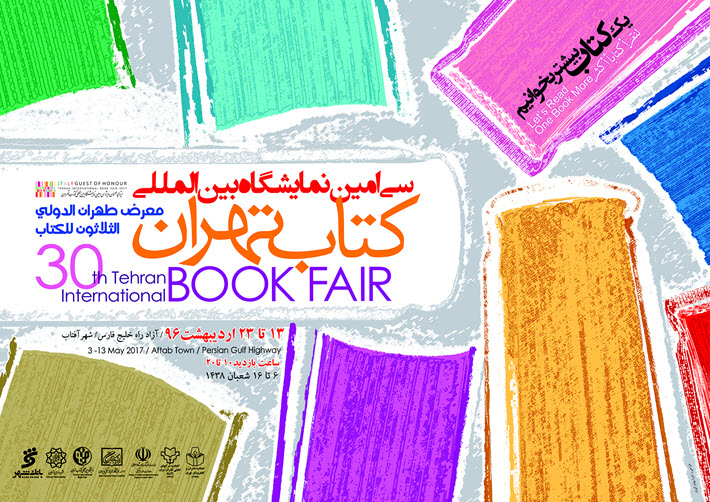 From the Tehran Times and Financial Tribune: Of more than 1,600 publishers at the 30th Tehran International Book Fair, 380 are said to be from outside Iran. 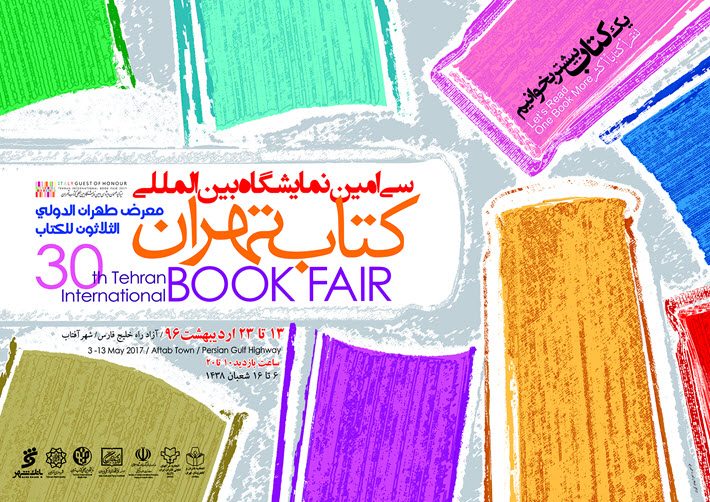 At the Tehran Times, Manijeh Rezapoor previews the 30th edition of the Tehran International Book Fair, which runs through Saturday (May 13).

Italy is this year’s Guest of Honor at the fair.

The deputy minister for cultural affairs, Seyyed Abbas Salehi, is quoted by Rezapoor from a news conference at the Iran Cultural Fairs Institute, saying, “The Tehran Book Fair is a national fair. The number of participating publishers both from Tehran and other cities are quite significant.

“However, the organizers have dedicated each day to one special province highlighting the art, culture, traditions and whatever is related to that province at the fair.”

Abbas Salehi also describes a professional program developed in association with the fair: “Organizing professional venues for the publishers, setting up meetings with the writers, as well holding sessions with professional translators, will all help organize a better, more professional fair.”

The setting is a drawing point, too, he says, the Shahr-e Aftab (Sun City) fairground having been designed for the event.

Amir-Masud Shahramnia, who directs the Culural Fairs Institute, has announced that 1,687 publishers are to be be in attendance, and that the Italian delegation is to include a group of 32 cultural personalities.

Shahramnia also has announced Istanbul as this year’s guest city at the fair. He’s quoted by Rezapoor saying, “We’ll be hosting a number of Turkish writers, publishers, and literary agencies this year.”

The fair has granted scholarships to 10 publishers, agencies, writers, and translators who are “active in translating works in the Persian language to other international languages.

“Those who have received scholarships this year are coming from Egypt, Armenia, Japan, Italy, Afghanistan, and several others.”

The Financial Tribune reports that 380 publishers at the fair will be from outside Iran and will represent markets including the Netherlands, the UK, the US, Germany, Italy, France, South Korea, Japan, India, Iraq, Syria, Lebanon, Saudi Arabia, Oman, and Egypt.

In a linguistic breakdown, the Tribune reports, “Of the 92,000 foreign books” at the fair this year, “7,000 titles are in Arabic and the rest are in other languages.”

Of the non-Arabic books, 48,000 are reported to have been released between 2014 and this year.

Information about the foreign books available at the fair can be found at the Web site of the Iranian Cultural Association of International Publishers’ Representatives.

The Financial Tribune report describes the association as “a nonprofit organization founded in Tehran in 2004” and serving “as a coordinating body between the representatives of foreign publishers in Iran.

“With 28 members, it supplies more than 80 percent of the foreign books used or referred by the people, universities and research institutions.”