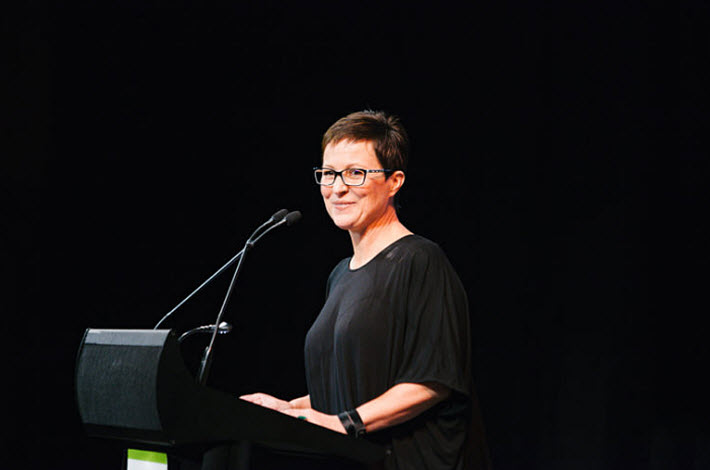 ‘Power in women is something we have yet to wholeheartedly welcome and embrace in Australia,’ says Heather Rose in accepting the Stella Prize. ‘I like to think of it as overnight success.’ 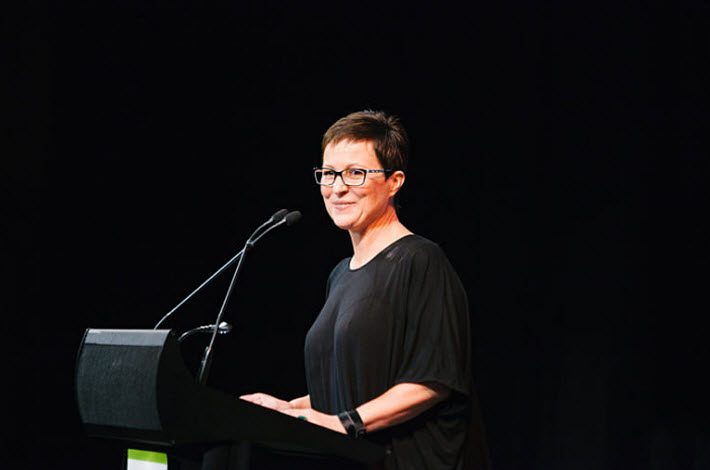 In addition to its annual award for excellence in women’s writing, the Stella Prize in Australia performs the “Stella Count” to assess news publications’ coverage of literature–the gender of reviewers and authors reviewed, as well as genres. This parallels the work in the United States of the VIDA Count. Information on the Stella Count is here. —Porter Anderson

‘A Sentence Came Drifting in on the Sea Air’

Earlier this month, the Stella Prize, celebrating the writing of Australian women, was presented to author Heather Rose for her novel The Museum of Modern Love (Allen & Unwin, September 2016).

In her speech, Rose spoke of her career, and of the challenges of being a female writer in Australia.

Some highlights from that speech:

“I think it’s hard to feel success as a woman and possibly even harder if you are an Australian woman. With success comes a perception of power. And power in women is something we have yet to wholeheartedly welcome and embrace in Australia.
[…]

“I can remember writing a poem at age six. It was about a rabbit that was shot and died. And then a terrible thing happened. I read the poem aloud to my father and he said, ‘You’re going to be a great writer.’ 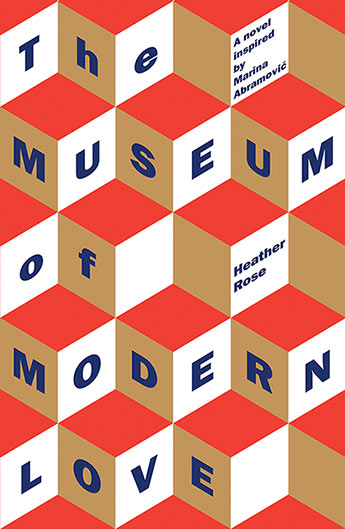 “For years and years I was devastated by the intergalactic divide that existed between my own writing and that of the great writers. I wrote my first novel at 21 and was crushed by how bad it was. The challenge seemed too great to overcome.

“I began another novel. But my writing turned out a bit like my knitting. The yarn was good; the color was nice; I had the right needles. But the product was tight and lumpy and misshapen. My main character just ended up being hopelessly depressed.

“Then I moved back to Tasmania. And that very first night, a sentence came drifting in on the sea air. It said: ‘My brother Ambrose is a tiger hunter.’

“Encouraging and applauding the success of women might become an elegant and subversive act of cultural freedom. An act that with unflinching determination we use to redefine our social landscape and realize our human potential.”Heather Rose

“And now I am here. Forty-six years after that poem about a rabbit that was shot and died, I am here with a book about a self-harming Serbian and a man at the dark hour of his marriage.

“The manuscript was rejected by three or four publishers here in Australia and more in the US. But my agent Gaby Naher refused to lose hope and sent it to Jane Palfreyman at Allen & Unwin. And here it is.

“I like to think of it as overnight success.

“In a world where, I believe, the pen is still mightier than the AK-47, it remains, no matter the challenges, our task to tell our stories. To reflect the human experience. To find what is common and what is uncommon. To explore the past, be with the present, to imagine the future. Whether that is in fiction or nonfiction is immaterial. It’s the work that speaks that matters. And if we do not foster our creativity when we hear it calling–whether in our children or as adults–then the world is poorer for it.

“Encouraging and applauding the success of women might become an elegant and subversive act of cultural freedom. An act that with unflinching determination we use to redefine our social landscape and realize our human potential. So that women and men in all their endeavors–in the arts, business, sport, health, education, politics, trades, media, sciences and domestic life–are equally respected, equally safe, equally heard and equally celebrated.”