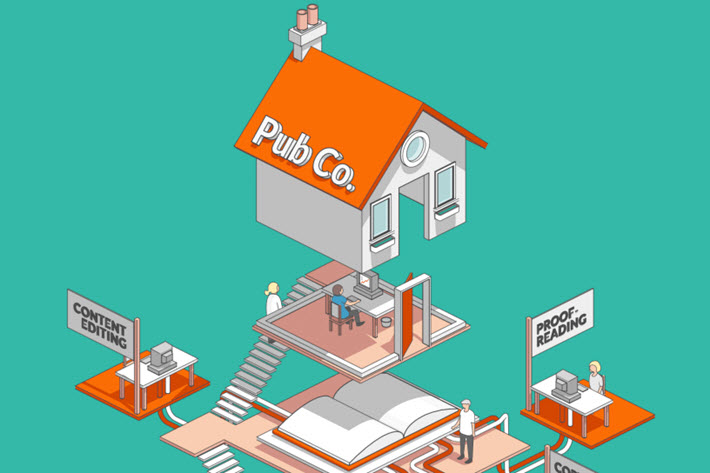 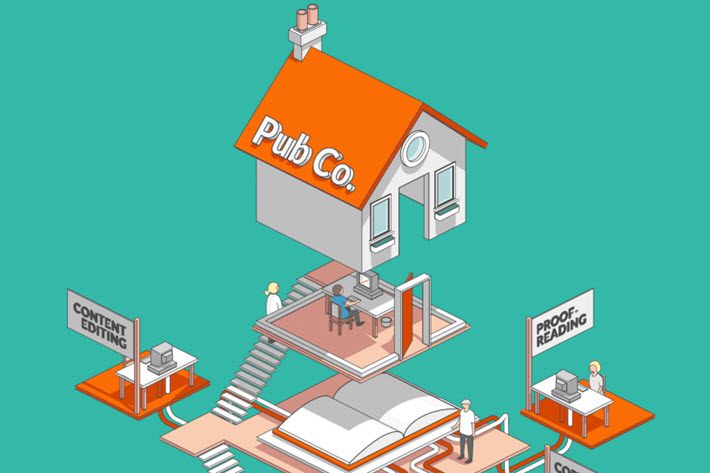 In a Freelance Economy

When Publishing Perspectives wrote last year about CEO Emmanuel Nataf’s startup Reedsy in London expanding its online marketplace of services to serve publishers, the small company, then two years old, was new to the needs of a corporate client.

“Since April 2016,” says Nataf, “we’ve met with more than 300 executives, operations managers, and editorial or art directors from a variety of publishing companies–from small indie presses to Big Five publisher imprints. Those meetings led to about 150 US and UK publishing imprints signing up to use Reedsy for Publishers.”

But a funny thing happened on the way to that special trade door into Reedsy’s services. As handsomely awarded a startup as it is–pulling in The Bookseller’s first FutureBook BookTech Gold Award at the end of 2015 and London Book Fair’s Quantum Publishing Innovation Award in spring 2016–this was a company originally built to serve the needs of independent authors and the service providers who work to professionalize self-publishers’ output. 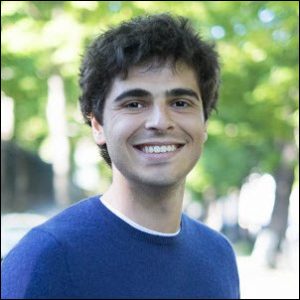 “It was initially hard to determine what publishers needed the most,” Nataf tells Publishing Perspectives. “We’ve been asked for pretty much any freelance service you can think of, and we weren’t always sure about how we should expand our offering.”

Industry players will know what Nataf was running into. For years, publishing houses have been trimming staff rosters, outsourcing services that once were handled in-house, as economic constraints made dedicated creative teams increasingly difficult to justify. One of the quick ironies of this, of course, was that a publisher might remove an editor from the staff ranks only to find itself needing to hire that same editor as a freelancer to get a needed job done on an upcoming release. 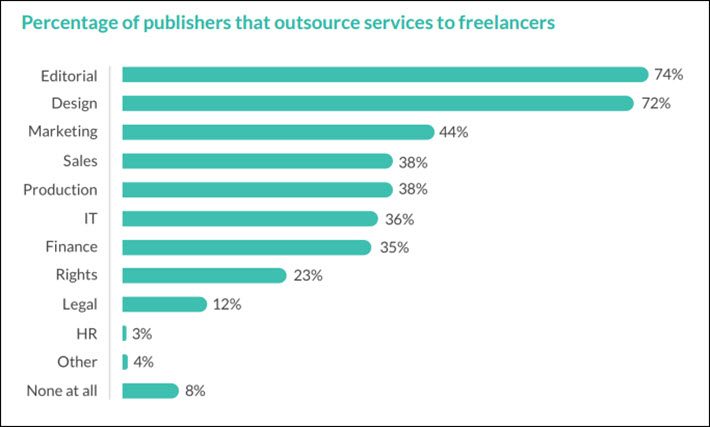 ‘How Publishers Work With Freelancers’

“We’ve been asked for pretty much any freelance service you can think of, and we weren’t always sure about how we should expand our offering.”Emmanuel Nataf, Reedsy

“So we decided to summarize all the feedback we were getting,” Nataf says, “into a single white paper to have the best possible understanding of how publishers work with freelancers.

“We identified best practices and now know how publishers can leverage external resources to be more efficient and creative. We’re sharing plenty of tips in the paper.”

They’re also sharing the occasional promotional moment, as many a corporation white paper does.  From time to time, the Reedsy piece charts a topic such as a comparison of project management systems’ capabilities or other marketplaces’ offerings. Not surprisingly, Reedsy comes out on top in these segments. What’s more, the paper goes into areas it probably doesn’t need to tackle–using the unverified estimates of “Data Guy” at Author Earnings—to talk about the importance of a strong brand and consumer connection, things that trade publishers understand well.

Nevertheless, the piece is interesting, as it endeavors to “examine the publisher-freelancer relationship from the creative, management, and legal angles, and identifies how publishers can navigate the growing freelance economy successfully.”

Reedsy borrows from author Eric Ries (The Lean Startup) and the whole concept of a bookish freelance economy to name its 28-page paper The Lean Publisher, and you can download a PDF here.

And to look at some of this, Reedsy talked with executives from Pan Macmillan, Faber & Faber, Bonnier and other houses. As news-release copy about the white paper puts it, “The white paper poses predictions regarding the future development of the publisher-freelancer relationship, including the evolution of a standard work contract between a publisher and freelancer; the development of more standardized “freelancer training”; and the establishment of in-house teams specifically designed to manage freelancers.” 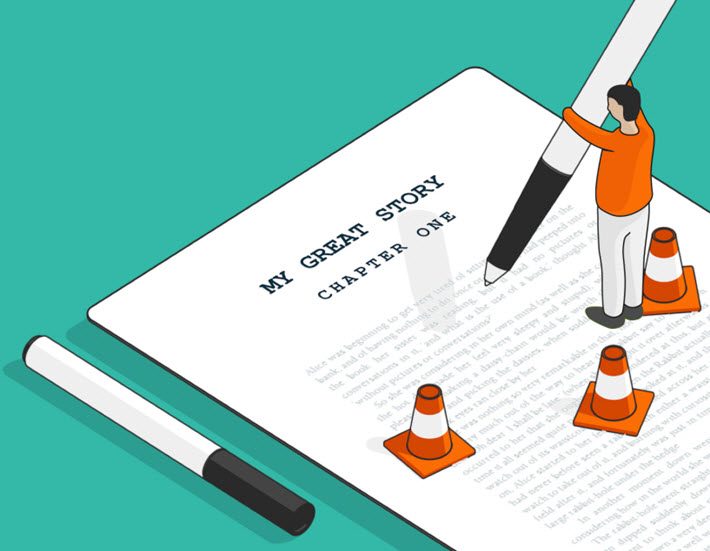 Among challenges inherent in publishers’ efforts to work with freelancers, Reedsy identifies the question of how to maintaining a consistent brand as a key issue for many. And the paper offers an interesting observation about how timing can play into this, from Bonnier’s creative director Helen Wicks, who tells Reedsy, “Our artistic heritage and artistic integrity are very important parts of Bonnier. Often, books develop as they are put together, and we like that process to occur in-house, in a much more labor-intensive way. However, once a style has been set, I’m happy to put work out.”

Short form: Put freelancers into the mix once the mission is devised, designed, and determined.

Reedsy’s commentary on this, with consideration for some input from Bookouture’s Lauren Finger, is worth heeding: “Publishers can ensure that outsourcing does not disrupt in-house branding by taking the time to carefully convey both project-specific and critical institutional knowledge to freelancers as they are brought on board.”

“If more people begin to choose the freelancing approach, there will likely need to be an alternative means of receiving the valuable business training that comes from years of working for a publishing company in-house.” From Reedsy's 'The Lean Publisher white paper

Another challenge Reedsy addresses when looking at publishers’ use of freelancers and appraisals of their effectiveness is the time it can take to hire freelancers and get them onboarded–worked into the system enough to carry their load and be effective.

From the paper’s text: “While the outsourcing of freelancers does ultimately need to be managed in-house by a person, turning to project management systems can make the job of that person easier, and [can] allow them to maintain a continued connection with freelancers—even after a project is complete—so that company knowledge and branding are preserved.” 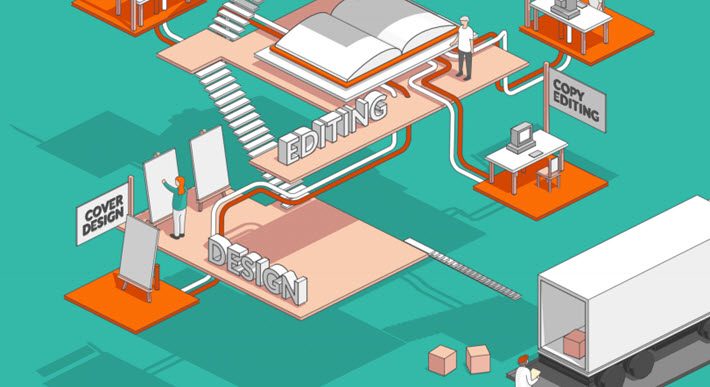 What Works, and Who Dost That Work

Much of the effectiveness of what freelancers can provide in terms of support to a company, of course, has to do with efficient, careful communication. A short section of the white paper looks at comments from Reedsy marketplace freelancers, who recommend that publishers:

And as part of a set of predictions about freelancing, Reedsy’s material includes several statistics that the company credits to Upwork’s Freelancing in America 2016 report. These insights include:

Conclusions: More To Be Learned

“This research,” Nataf says, with which his Reedsy team has gathered input on freelancing in publishing “will lead to product updates in the coming months.”

And what might be most helpful at this point for the wider industry is to have specific issues in the topic of freelance patterns and trends researched by players not involved in the day-to-day business, as Reedsy is.

Perhaps one of our industry organizations like the Book Industry Study Group (BISG) in New York could look into surveying its publishing membership on freelance issues and developments so that the talent diaspora from publishing houses that now makes it possible for self-publishing authors to hire artists and editors formerly working in Big Five houses can be better understood.

For now, as long as the caveat of Reedsy’s vested interest is kept well in mind, many parts of “The Lean Publisher” white paper are worth consideration–and further investigation.