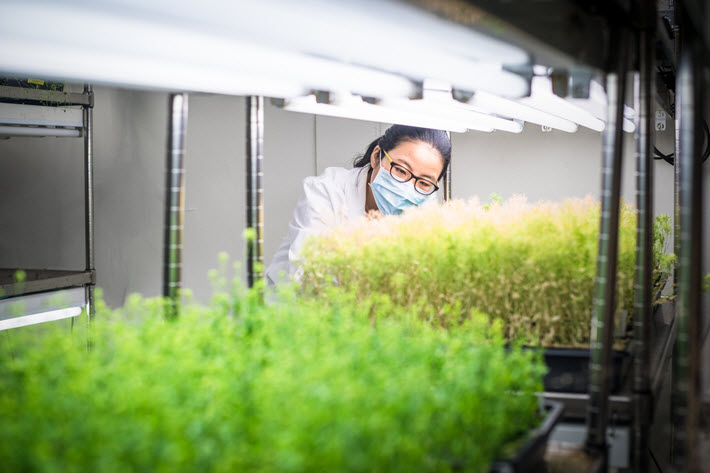 Germany’s Max Planck Society participated in five of the Top 10 international Chinese bilateral research collaborations, a trend on the rise, per a new ‘Nature Index’ supplement.

Germany, the US, and UK Still Lead

Before 2014, says an article just released today (May 24) in Springer Nature’s Nature Index 2017 China supplement, “less than a fifth of China’s papers in the Web of Science were co-authored with an international peer.

“While China still lags behind Germany, the United States and the United Kingdom in that measure,” writes Nature Index editor Nicky Phillips in her introduction, “its percentage of international papers increased to 24 percent in 2016. And in journals included in the Nature Index, international collaborations make up just over 50 percent of its papers.”

Despite the growth of collaborative research on the international stage, China’s domestic co-authored output remains “far greater,” the supplement reports.

In an informational release for news media, the company writes, “There are 56 such partnerships between Chinese institutions that are stronger than the leading global pairing.

“In terms of China’s inter-city collaborations, as well as institutions in Beijing having the highest contribution to the index overall, last year they formed the largest number of partnerships across China. Beijing was followed by Shanghai and Nanjing in this respect. But beyond these metropolises, institutions in smaller cities have expertise that makes them strong collaborators in their own right.” 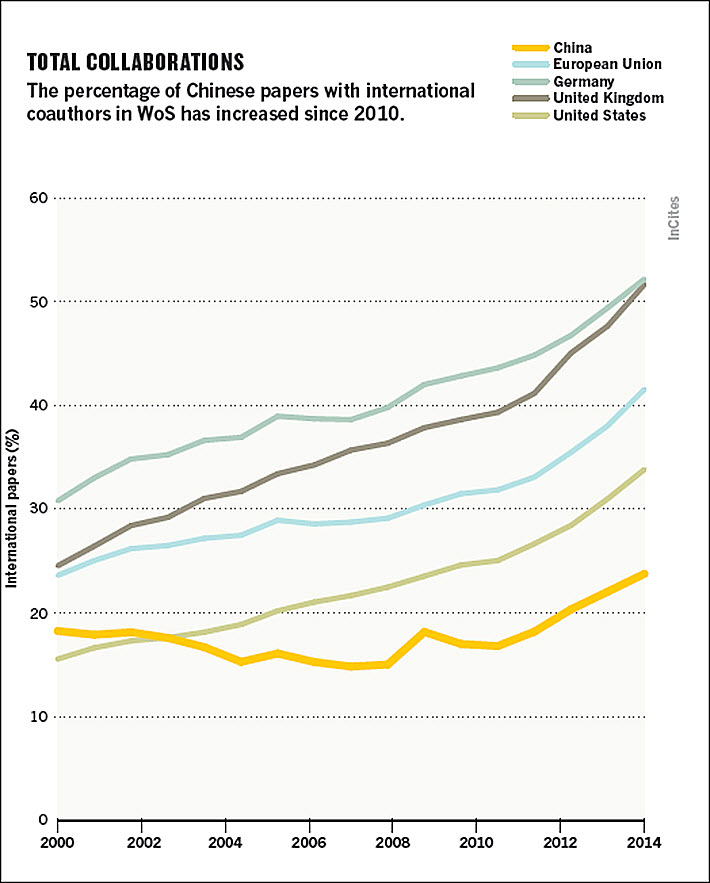 On the world stage, the statement points to that substantial jump of 24 percent in 2016, clarifying that last year, “The Institute of High Energy Physics, Chinese Academy of Sciences (CAS) and the National Institute for Nuclear Physics in Italy formed the strongest bilateral collaboration between a Chinese institution and an international institution, followed by Peking University and Harvard University.

“Out of the Top 10 international bilateral collaborations in China, the Germany-based Max Planck Society participated in five.”

These insights come from having had the Nature Index China supplement evaluate China’s performance beyond the 68 journals tracked by the index and expanded into the larger Web of Science database, from Clarivate Analytics. 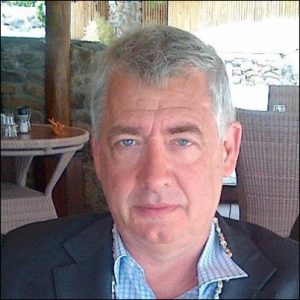 “This helps our readers and index users gain a broad picture of China’s research output overall and in some specific fields,” says Nature Index founder David Swinbanks in a prepared statement.

“By making comparisons, they can find some interesting facts to better understand the trend.”

Indeed, “the slower growth rate in papers from international collaborations was because China’s overall research output had grown so dramatically,” says Yue Weiping in the story, chief Scientist of China for Clarivate Analytics in Nature Index’s material.

“This slower rate,” Yue says, “may be attributed to language barriers and allocation of institutional resources. Researchers in top universities have more opportunities or resources to collaborate with peers worldwide.”

The article indicates that the overall rate of international collaboration will rise over the next decade in light of the national World-Class 2.0 project and others aimed at making Chinese research more global, including generous funding schemes to promote collaboration.