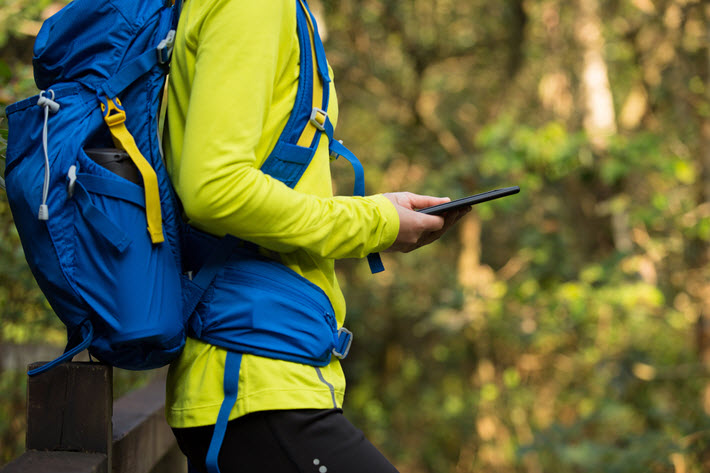 ‘New Authors to Readers in the UK and Europe’ 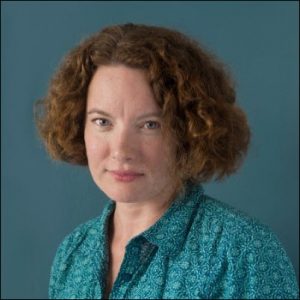 Craig’s background also includes work as the first foreign rights director for London’s United Agents. And in addition to translation rights, she’ll be representing Diversion titles in the UK under the new arrangement.

Diversion is one of the first presses launched (in 2010) by a literary agent in the United States. Its focus is on commercial and YA fiction and on general interest nonfiction.

In a prepared statement, Craig is quoted, saying, “I’m excited to champion Diversion Books’ titles with expert representation across the nascent landscape of countries and cultures. Bringing new authors to readers in the UK and Europe is a challenge I welcome.”

And for Diversion, publisher Jaime Levine is quoted, saying, “Jessica’s expertise is a perfect fit for Diversion Books’ range of fiction and nonfiction. We look forward to introducing readers around the world to narratives they will love.”

Craig tells Publishing Perspectives that she’ll be having meetings in New York during BEA, while Waxman and Jaime will be at the Javits. Craig will present Diversion titles at Frankfurt (October 11-15).

Key areas of interest in the work are characterized this way:

In an interesting part of the research, however, it becomes clear from the “snapshot report” based on the work that the response might have less to do with paper vs. pixels than price and convenience.

From the study’s seventh page:

“Specifically considering reading ebooks, the primary reason our sampled teens say they do not read more on their digital device is a preference for print books. The second most popular reason is not liking reading that much. Other popular reasons reported include concentration issues, visual fatigue and the cost of eBooks.

“When given the opportunity to comment in their own words about how they felt about digital reading, some objected to the cost of ebooks when library borrowing was an option, while others felt that it was easier to source ebooks free-of charge.” 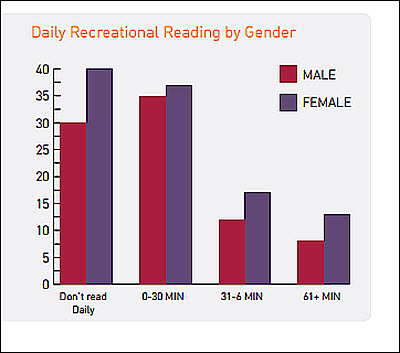 From ‘Teen Reading in the Digital Era,’ a look at gender elements of respondents’ input on recreational reading

This is followed by a quote from an Australian teen: “Apps like Wattpad are a great example, people (anyone really) can write about anything they desire and we can read anything we want … for free! Its a new, simple and great way of reading books.”

In short, a published book might be preferred in print. But Wattpad is a digital platform and 90 percent of its 45 million monthly world users are accessing it on their mobile devices. Offered its free content, some of these respondents appear to be happy to source their content there without objection to it being digital rather than print.

Another emphasis here of note has to do with questions to the teen respondents about who pays for their ebooks:

“Because the pilot study focused in some detail on reading using digital platforms, our questions about paying for or sharing books honed in much more closely on ebooks.

“Parents or other family members (38 percent) are the most usual resource for financing adolescents’ reading choices.

“While a substantial proportion reported buying ebooks for themselves (18 percent), the majority of sampled teens (56 percent) do not purchase ebooks at all.”

The questions raised here have to do with how much teens’ permission to make purchases online might affect their apparent preference for print over ebooks.

You can see the snapshot report, released in March, in a PDF here.