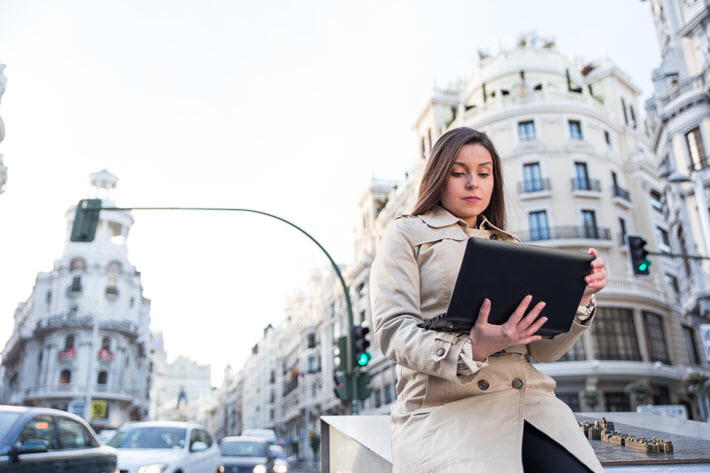 Citing a 110-percent jump in digital book sales in Latin America and 41 percent digital growth in Spain, a new report sees digital as a key to the Spanish markets’ turnaround. 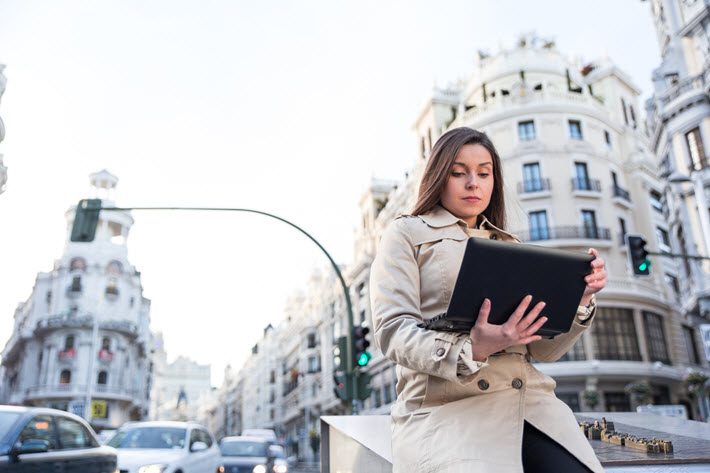 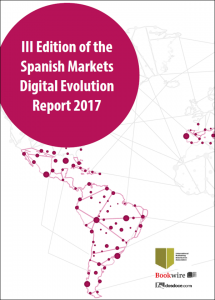 A new report indicates that in 2016, Latin American publishers saw an upturn of digital sales growth, year over year, of 110 percent–and their Spanish counterparts saw a 41-percent jump.

This report, the Spanish Markets Digital Evolution Report 2017, becomes available for download today (May 30) and is being released by the Madrid-based consultancy Dosdoce.com and ebook distribution platform Bookwire.

In a signal paragraph from the paper’s executive summary, we read, “The soaring number of new ebooks published in the Spanish markets (more than 50,000 in 2016), the growing importance of digital reading in the region, and the increasing role of the Internet as a distribution and marketing tool for print books, as well as ebooks and audiobooks, all lead to the assumption that the rapid evolution of the digital market will be reality in most Latin American countries by 2020.”

In this joint white paper—produced from the third annual report of this kind—the team led by Dosdoce’s Javier Celaya and Bookwire’s Jens Klingelhöfer is working with more than 200 imprints in Latin America and Spain and is charting what Celaya characterizes in comments to Publishing Perspectives as “impressive, ongoing digital growth in the Spanish markets.” Celaya serves as managing director for Bookwire’s Spain and Latin American operations.

Many publishing players from the English-language markets arriving for this week’s BEA trade show at the Jacob Javits Center won’t miss the irony of this apparently buoyant moment for digital action in the Spanish-language markets: in the US and UK markets, the debate centers around what some describe as a digital decline, especially in ebooks.

“But in comparison to English-speaking countries,” Celeya says, “in which digital sales are supposedly stagnant or in decline, things are quite different.”

“Some developments and results,” Klingelhöfer tells Publishing Perspectives, “took more time and effort than expected. “But we see the market growing significantly for our publishers this year with a very positive outlook for the coming years.

“We must not forget: we are still in the beginning of the digital publishing era, markets and consumers will continue changing their metrics and behavior drastically.”

Those who have watched with concern as Spain’s publishers struggled with economic challenges will be glad to read, “Forty-nine percent of the ebooks published in Spain were sold on the Spanish domestic market in 2016 compared to 45 percent in 2015.

“This small growth of four points indicates that Spain is finally recovering from the huge financial crisis that has eroded more than €700 million (US$782 million) in print sales in six years (2009-2015).”

In fact, according to Celaya, his sources suggest that ebook sales last year including trade, academic and self-publishing, are floating all boats: they may well have reached between 8 and 10 percent of total sales in 2016 in Spain, up from 5 percent of overall sales in 2015.

What’s more, he says, “self-publishing in the Spanish markets is valued at €8 million (US$8.9 million), which represents around 5 to 7 percent of total trade ebook sales.

“As a whole in trade, academic, and digital, the Spanish publishing market–print and ebook (trade, academic and digital)–is expected to grow around 3 percent in 2016, compared to 2.8 percent growth in 2015.”

Key market-driving sectors are academic and/or educational content, as well as trade ebooks, according to the report. 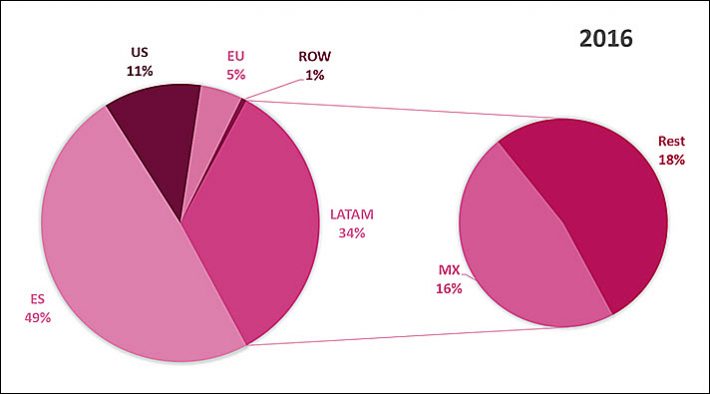 2016 Spanish and Latin American independent and midsize publishers using the Bookwire.es platform for distribution indicate that 51 percent of their ebooks were sold outside Spain. From: Spanish Markets Digital Evolution Report 2017

Export is a key here, the border-crossing nature of digitization making it possible for Spanish-language content providers and consumers to find and support each other readily. The majority of the Spanish publishers, according to the white paper, report that 51 percent of their digital sales in 2016 were made internationally as digital exports.

“Mexico takes the lead in sales of digital content published by independent Spanish publishers,” Celaya says, accounting for 16 percent of the country-by-country breakdown.

Otherwise, he says, independent publishers’ best showings in digital are in Argentina, Colombia, and Chile.

“Spanish publishers,” Celaya says, “are discovering what anyone in a niche national market should know; thanks to ebooks, one doesn’t have to be limited to the developments of their local markets, they could also benefit from the international dynamics of the digital economy.” 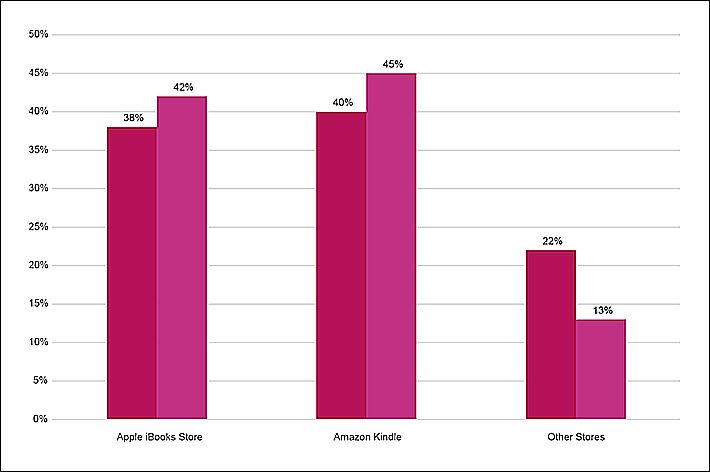 In 2016, the Dosdoce and Bookwire team sees 40 to 45 percent of digital sales by Spanish and Latin American publishers processed by Amazon. From Spanish Markets Digital Evolution Report 2017

A ‘Decreasing Dependence on Amazon’

A distinction comes to light here between big-publisher and indie-publisher sales channels. The paper’s authors see big publishers operating in the Spanish markets as generating “from 60 to 75 percent of digital sales through Amazon,” while independent publishers’ digital sales seem not to “depend on one sole channel to reach readers.”

In a particularly interesting section of the report’s sales channel analysis, three observations are offered to explain “the reasons for the decreasing dependence on Amazon” by independent  houses. Independents’ levels of output, the report suggests, just don’t lend themselves to the scale of the amazonian offer. From the report, three reasons: 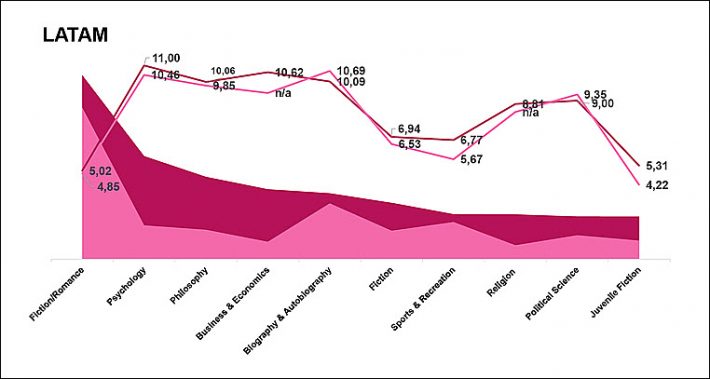 “The soaring number of new ebooks published in the Spanish markets (more than 50,000 in 2016)…the rapid evolution of the digital market will be reality in most Latin American countries by 2020.”From 'Spanish Markets' Digital Evolution,' 2017

Among other things, the Dosdoce/Bookwire report indicates that higher prices are viable in the US market than in Spanish-language countries.

“The average price of a fiction ebook in Spain” according to the report, “is 5,89 euros (US$6.60), whereas that same category in the USA reached an average price of €5.09 and in Latin American it peaked at 5,94 euros.

“It may be worthwhile for Spanish publishers to consider whether a greater price adjustment in the Latin American markets would be advisable, essentially due to the decrease in exchange
rate within the last year.”

As Celaya notes, the key growth range of ebook sales in the Spanish markets falls between €4.99 and €9.99.

“There also has been a small sales growth in ebooks priced above €10,” he says, “but these titles are mostly academic and/or reference books, along with niche categories including art books, cookbooks, and architecture titles.”

The Spanish Markets Digital Evolution Report 2017 on which the Dosdoce-Bookwire white paper is based has been created for the International Digital Distributors Meeting to be held June 7 and 8 at Casa del Lector, Madrid, with speakers from China, the UK, the USA, Germany, Sweden, Italy, and Spain.