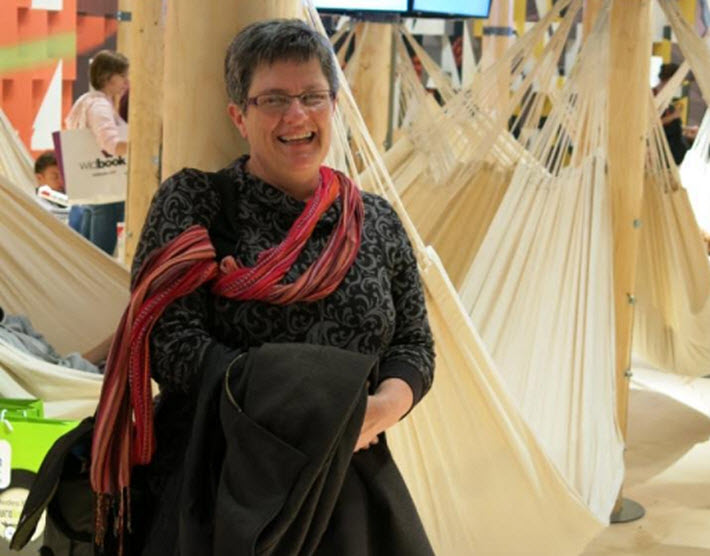 Struck by ‘the gatekeeping that keeps women’s writing out of sight,’ Colleen Higgs started Modjaji Books a decade ago in Cape Town. 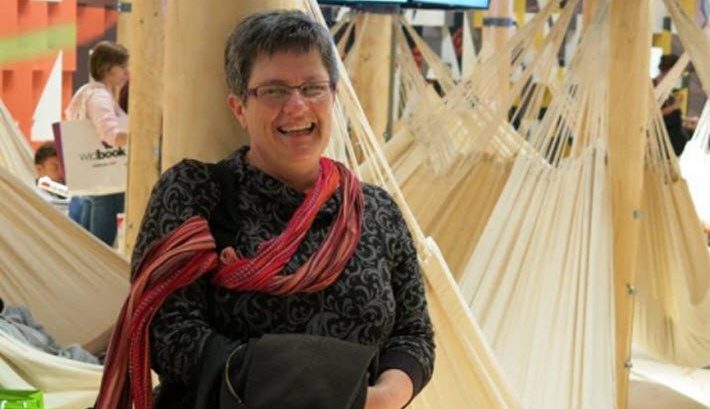 Ten years ago, Modjaji Books was established as an independent feminist publishing house in Cape Town, providing an outlet for serious writing by women.

Publishing Perspectives asked its founding publisher Colleen Higgs to review the last decade. She begins with her work as a writer motivated by a wish to “join in the conversation” of literature.

Publishing Perspectives: What inspired you to launch?

Colleen Higgs: My desire to write was about wanting to join in the conversation. As a feminist I was very aware that this conversation excluded many voices.

I started Modjaji Books in 2007 as an independent feminist press that publishes southern African women [who are] writing fiction, poetry, and biography. Modjaji fills a gap by providing an outlet for writing by women that takes itself and its readers seriously. For a small press, Modjaji Books is visible and vibrant and has offered a good platform for the writers we’ve published.

Modjaji answered a series of needs and issues. My daughter was about to start primary school and I wanted to be there for her, which is not easy if you work in a corporate or civil service environment. As a writer I was keenly aware of the gatekeeping that keeps women’s writing out of sight. I worked at the Centre for the Book in Cape Town for seven years, researching how the world of publishing works from the outside and had done a little publishing while working there. I’d also self-published my own collection of poetry, Half Born Woman, as an experiment in small-scale publishing. I felt ready to take on the challenge.

PP: Was there a moment when you thought, “I can do this?”

PP: And was there a moment when you thought you couldn’t go on?

CH: I’ve thought this many times. Publishing is very expensive; there’s a constant outlay of large amounts of money, big bills to be paid to printers and designers. All I started with was my pension, which I cashed in to use as the start-up capital for the company, and in the beginning I could only work on Modjaji part time. Worrying about money and cash flow keeps me up at night, even now, 10 years on.

In South Africa, the book market is small, the margins are small, and it is almost impossible to make a living as a writer. There are only a handful of South African writers who are able to do this. This is very frustrating for authors, and sometimes they take their frustrations out on us, their publishers.

‘Many Bookstores Have Closed Down’

PP: What about changes in South Africa since you started?

CH: When I started ten years ago, there were not many published black women writers, and Modjaji was a pioneer, providing a home for fresh new voices that couldn’t access or had been rejected by the mainstream publishing houses. It was also crucial for me that this was foregrounded as Modjaji’s mission.

Now there’s a publisher who publishes only black writers—men and women. Modjaji Books has definitely contributed to the urgent sense that we need to hear from women writers and in particular black women writers.

Many bookstores have closed down, the South African post office is not absolutely reliable, and our currency has lost value.

On the bright side, initiatives like Writivism in Uganda, the Open Book Festival in Cape Town, Short Story Day Africa and the launch of new small presses like Sooo Many Stories in Uganda, seem to herald a new wave of literary activity in Africa.

CH: I think my proudest accomplishment is that Modjaji Books is still going 10 years later. I’d love to see all the women whose books we’ve published in one room–more than 100 now.

We’ve sold rights and books have been translated or published in other countries–so far Norway, Nigeria, Brazil, Germany, the US and Canada, and, waiting in the wings,  Australia and India. The self esteem and sense of self-worth that our authors gain from being published fills my heart and makes me proud and happy.

I’m also very proud that Modjaji was Yewande Omotoso’s first publisher. Yewande was on this year’s Baileys longlist for her second novel, The Woman Next Door, published by Little, Brown in the UK. It has also been shortlisted for The Sunday Times Fiction Prize here. We published Bom Boy, her first book and most of the rights are still available.

I think one of the things that gives me the warmest feeling is that the novel I first published back in 2008, Whiplash, has made it to a new edition this year, with a new name, Tess, as a movie tie-in, because someone even crazier than me (Meg Rickards) had the tenacity to make a movie based on this wonderful novel by Tracey Farren.

And a book that we sold fewer than 1,000 hard copies of, My First Time: Stories of Sex and Sexuality from Women Like You has had more than 1.5 million pages read on Worldreader’s .mobi app. Unfortunately for us, we allowed Worldreader to share this book for free. But it’s been very encouraging to see that this book has been so incredibly widely read.

This information has sparked some new plans that Modjaji Books will be working on with Jen Thorpe, the editor and originator of My First Time. At the same time I’m incredibly thrilled that Modjaji has published a book that’s been welcomed by young readers in Africa with such enthusiasm.