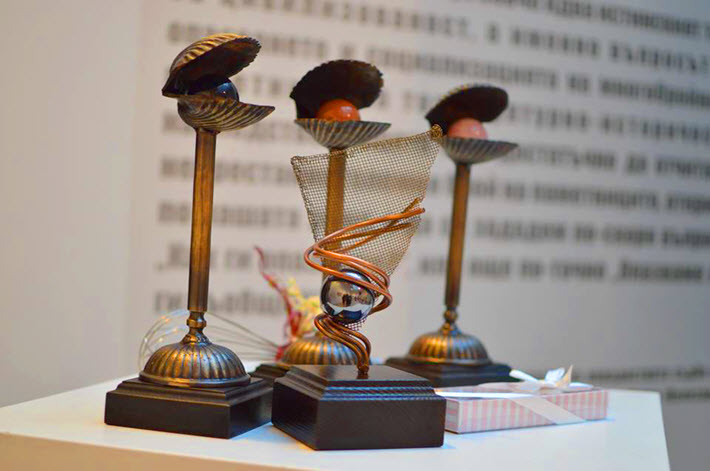 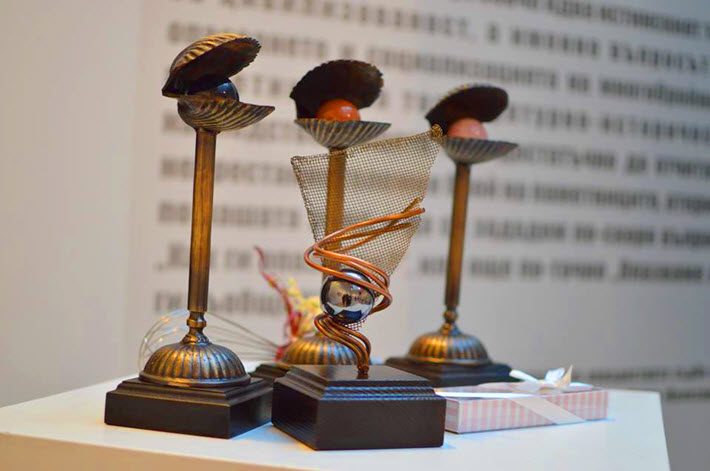 The Magic Pearl trophies in Sophia await the awards announcement on Thursday (April 27). Image: Provided by the Detski Knigi Foundation

In a vote reportedly involving a record-breaking participation level of more than 6,000 children, authors Radostina Nikolova and Nedelcho Bogdanov have won Bulgaria’s Magic Pearl Awards for a second time. 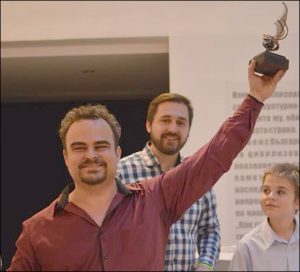 The awards are managed as a popular vote among children aged 6 to 15. The competition is organized by the the NGO Detski Knigi Foundation and this year drew 104 nominations in four categories.

Speaking for the Detski Knigi Foundation, which focuses its efforts on raising reading abilities among Bulgarian children, Valentina Stoeva is quoted in a prepared statement, saying, “This year’s Magic Pearl contest was extremely interesting with really small gaps between the winners in some of the categories [as far as the public vote goes] and dozens of mini-events in support of the awards.

“I think that what we started in 2013 is now producing results as more and more children in Bulgaria are showing their love for reading” by participating in the vote. 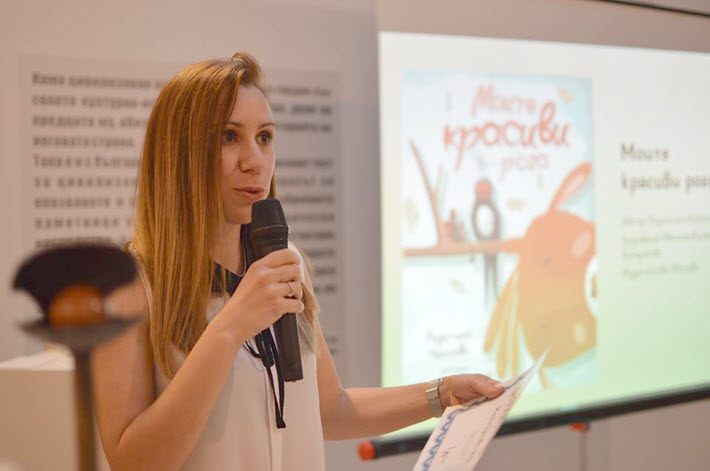 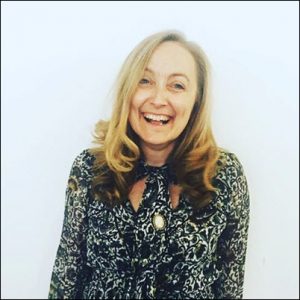 In the UK, book industry personality Sam Missingham is well known for her @SamAtLounge Twitter handle.

Now, that lounging business has become a business—or at least a serious avocation.

She tells her former workplace (prior to Harper), The Bookseller, that the new venture is a hobby in response to the plethora of books being produced by the industry.

“My hope for Lounge Books,” she’s quoted saying by The Bookseller’s Katherine Cowdrey, “is that people discover great new books.

“As the number of books being published continues to grow rapidly, there is still a need for curation and recommendations.

“A lot of curation is already happening, such as the literary awards, competitions and prizes. I plan to include as many as possible on Lounge Books. I also find it quite hard to track the number of prizes and awards out there, so hopefully this will help.”