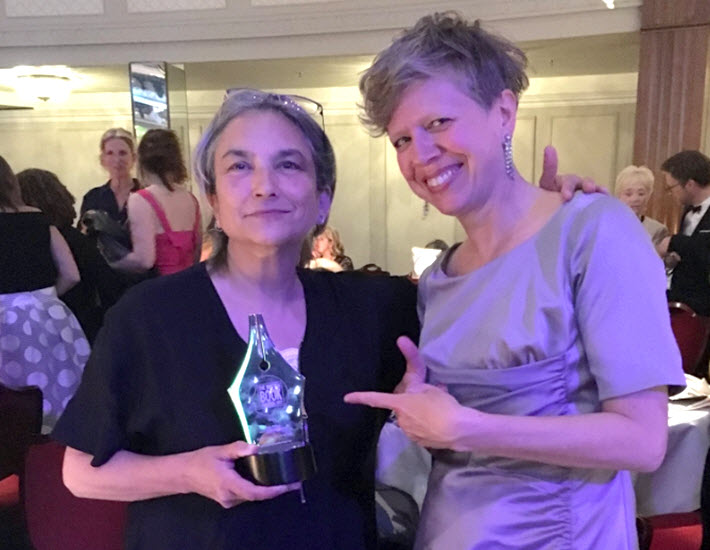 The combination of the UK’s leading book industry awards with the ‘Nibbies’ produces The Bookseller’s broad picture of a robust and busy books community. 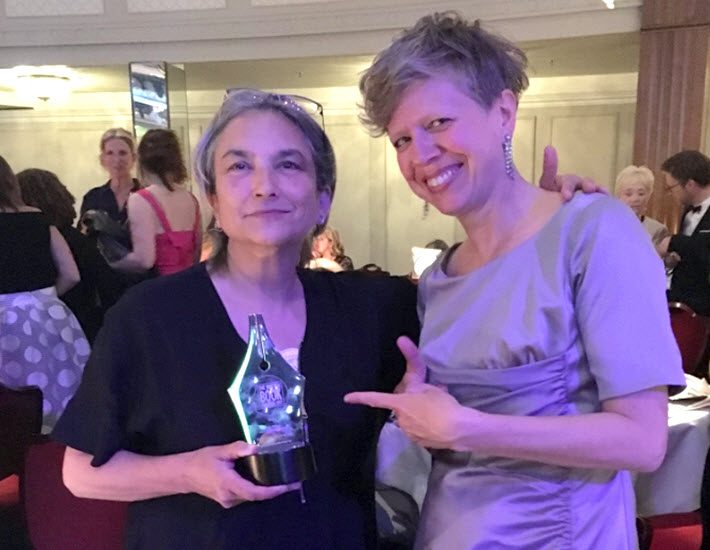 In the inaugural year of its newly expanded British Books Awards, The Bookseller gave out both literary and industry awards on Monday evening (May 8) at London’s Grosvenor House.

As Publishing Perspectives reported from London Book Fair, the “Nibbies” name was acquired by The Bookseller from the estate of Publishing News’ founder, Fred Newman. While that awards program had lain dormant for some time, it was revived this year, unifying the British Book Industry Awards and the British Book Awards for the first time since 2004.

And the program produced a particularly busy set of 23 shortlists in both business and literature.

One of the key individual awards covered here at Publishing Perspectives is the Rights Professional of the Year, an award that’s sponsored by Frankfurt Book Fair (October 11-15 this year), reflecting the trade show’s prime emphasis on rights as a means for world publishing to expand its revenue sources. 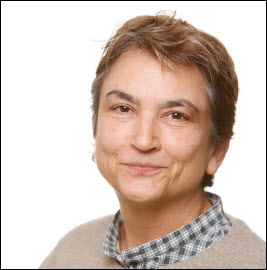 The winner of that award this year–suggesting that the fourth time, not the third, is the charm—is Kate Hibbert, of the Little, Brown Book Group, a four-time shortlisted nominee for the honor.

In commentary provided on her win, prize organizers write, “The judges were impressed with Kate Hibbert’s passion for her authors, tenacity in negotiations, and a knack for pairing the right book with the right publisher.

“Her win this year is a reward for a magnificent 2016 in which she steered Little, Brown to a best-ever rights year, notching up an average of almost three deals a day in more than 40 different languages.” No stranger to linguistics, Hibbert studied in the University of London’s School of Slavonic and East European Studies.

Honored in three other categories under the over-arching label of “Great People,” were:

The key element of expansion in the awards program this year–what comes with the Nibbies acquisition, in essence–is the literary set of awards, which produced six winners:

Sarah Perry’s ‘The Essex Serpent’ swept Monday’s British Book Awards, being named both the Best Fiction Book of the Year and the Overall Best Book of the Year, as well as having its publicity campaign honored for Anna_Marie Fitzgerald’s work at Serpent’s Tail.

Getting Books and Readers Together

Waterstones was named Book Retailer of the Year, a prize sponsored by Bonnier Publishing, the awards’ organizers noting that the bookstore chain, under James Daunt’s leadership, has recorded “a profit for the first time since it flirted with bankruptcy in 2011.”

Here are the remaining honors in the “Bringing Books to Readers” section this year:

The core of the British Industry Awards, both alone and in combination with the new literary additions, are those that see various elements of the close-knit UK industry community’s publishing companies.

This is, in fact, the second time in three years that Pan Mac has drawn down the prize and this time around saw TCM (total consumer market) sales jump roughly 30 percent “to a point where it can now be considered alongside Penguin Random House, Hachette and HarperCollins as part of a ‘Big Four’ in the UK,” the judges said. 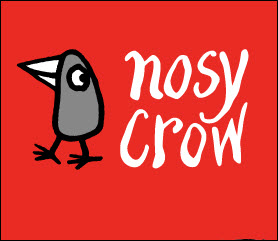 That perennial winner in young people’s literature, Nosy Crow, once again pulled through, as Children’s Publisher of the Year. What we learn from some of the judges’ commentary is that the house is the 13th largest children’s publisher, a size achieved in six years.

Last year, it became one of the top 40 in UK publishers for sales, with an increase of 70 percent on its ledgers, with sales to the States, Asia and Australia doubling. 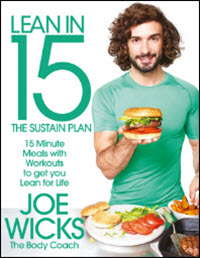 And if you feel as if you’ve seen the tightly T-shirted Joe Wicks offering you a massive hamburger for most of your life, it’s a credit, say the judges, to the Pan Macmillan marketing approach that won the Lean in 15 campaign the Marketing Strategy of the Year honor.

The word is “relentless,” in fact, from the judges–a lot of us can vouch for that–and they point out that “Wicks’ fans were at the heart of the campaign, with Facebook ads, YouTube Q&As, video content and a selfie promo” in play.

In tandem with the win for author Sarah Perry for The Essex Serpent, the Publicity Campaign of the Year honor went to Serpent’s Tail Anna-Marie Fitzgerald.

Head of Zeus was named Independent Publisher of the Year for its expertise in “spotting the value in unknown authors and undiscovered backlist.”

Hachette’s John Murray was named Imprint of the Year for a being “a dynamic and forward-thinking publishing division that’s enjoying its best year ever.”

And the prize for Academic, Educational, and Professional Publisher of the Year went to Collins Learning. Judges’ commentary about the company as it approaches its 200th year: “It evolved from a UK heritage brand into a properly global business, and the smart use of the renowned Collins label in reference has doubled international sales in the last five years, while pushing deeper into both the UK’s primary and secondary school markets.”

And it was a good night for JK Rowling, who was honored by the Booksellers Association for her Outstanding Contribution to the Book Trade—and she got to take along the Bestseller Award, too, for Harry Potter and the Cursed Child, which “became the bestselling book of the year on publication, shifting 847,886 copies in its first week,” the judges wrote.

In addition, Cursed Child broke “all records for Drama Texts, Plays and Screenplays categories, with a first-week value of £8.7m.

“The book held the number one spot for six weeks, hitting the million-copy mark after just a fortnight on sale.”