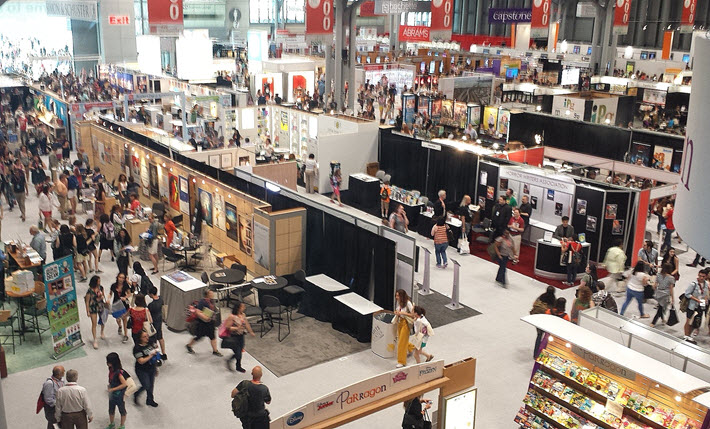 With BookExpo’s trade-show floor open on June 1 and 2, the May 31 ‘BEA Wednesday’ features programming aimed at industry professionals in several key contexts. 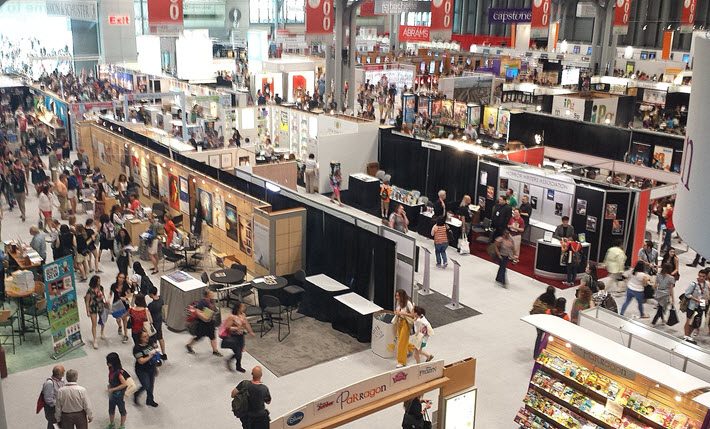 At BookExpo’s BookCon 2015, produced by Lance Fensterman of ReedPOP, who speaks on May 31. Image: Porter Anderson

As the meeting requests start coming in faster, US publishing industry players headed for BookExpo in New York City (May 31-June 4) are busy with the usual balancing act of conference events they’d like to see and business meetings.

While BookExpo’s trade-show floor days are being adjusted this year, the familiar sessions—sometimes referred to as “education” sessions, other times as “conference” sessions—will be going forward.

This year, there’s no major co-located or self-produced conference on the bill in the sense of the IDPF conference that for years was “downstairs at the Javits” on the day before show floor opened. Nevertheless, there are events planned on the Wednesday of BEA week, May 31, that come included with the cost of admission, organized for show producer ReedPOP by consultant Sally Dedecker.

The overall program can be accessed here.

Of course, for many, the highlight on the 31st will be the Adult Book Editors’ Buzz Panel (May 31, 1:45-3 p.m., Room IE 12-14), with its predictions of coming season heavyweights. Bookseller Annie Philbrick, who runs stores in Connecticut and Rhode Island, will moderate. And the three-committee evaluation process behind the event has yielded this list of finalists:

That morning, the day will have begun with a special two-hour look at various facets of the industry’s developing understanding of data’s place in its search for consumer connection. In an interesting bit of timing, Amazon has just launched its new “Amazon Charts” bestseller listings that utilize data from Kindle readers and Audible listeners to develop pictures of where book consumption is focused.

In our recent article with Copyright Clearance Center’s Christopher Kenneally of Beyond the Book, we have Outsell’s David Worlock talking about publishers’ evolving roles toward “being the person who adds the discoverability,” as he puts it, “or the access, or all sorts of other things.”

The guiding factor behind these adjustments to publishers’ work and character is data, of course, as the industry builds its capacity to collect, interpret, and respond to it.

Consumer Centric Data: The New Currency of Publishing (May 31, 9:30-11:30 a.m.) is a session geared to look at just this factor and its effects on the industry’s development today. In a fast-paced series of presentations moderated by Publishing Perspectives, we’ll be hearing from a carefully chosen group of specialists. 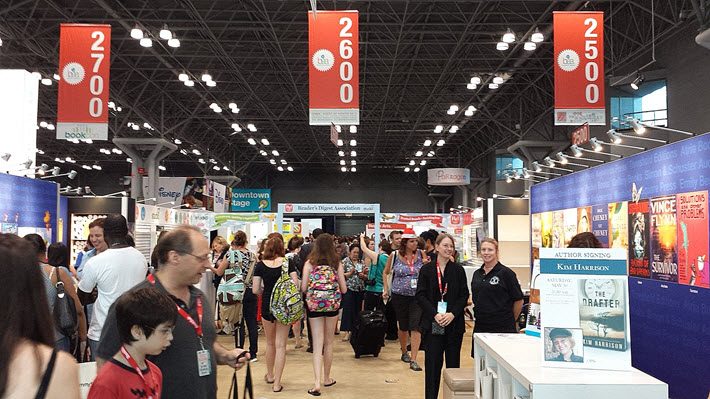 At BookExpo the last time it was at New York City’s Jacob Javits Center, in 2015. Image: Porter Anderson

During the afternoon, another key session is led by legal, business, and professional consultant Jon Fine, whose practice in the media landscape has helped design The Future of Publishing: Building New Opportunities for Growth and Profitability as a meeting of the minds on emerging markets, new tech, reader trends, and more.

For more on the sessions developed for May 31 by Vienna-based consultant and BEA international affairs director Rūdiger Wischenbart, see our separate writeup here.