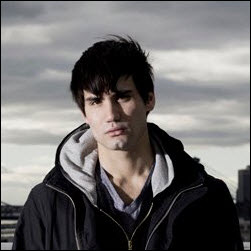 Chris Lavergne, the publisher of Thought Catalog Books, knows what his social-savvy data is saying: Create ‘an experience that isn’t efficient—that’s anti-efficient.’ 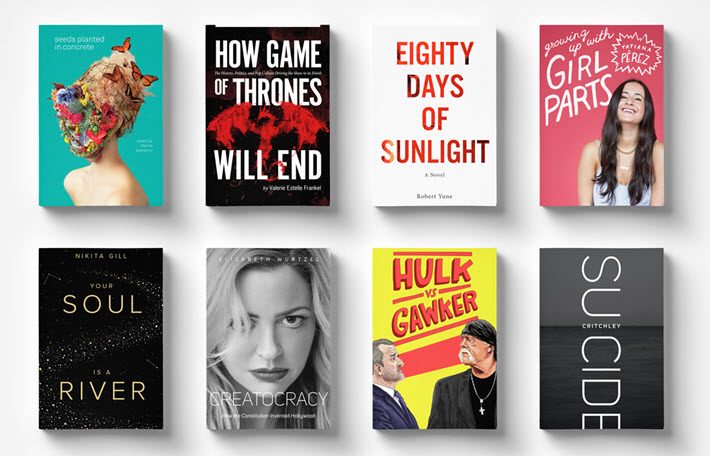 An interesting update. You’ll see Elite Daily mentioned in our story, a former competitor to Thought Catalog. On April 17, Business Insider‘s Alyson Shontell is reporting that Elite Daily is being bought from the Daily Mail by Bustle—despite the fact that the Daily Mail late last year ‘wrote off its entire acquisition of Elite Daily, citing poor performance.’—PA

The Key is Data: ‘The Infrastructure’

In an appropriately thought-filled essay published at TechCrunch on Monday (April 10), Lavergne has put together some of his observations on how a dedicated audience powers the Thought Catalog group of companies and how that energy relates to book publishing.

He tells Publishing Perspectives that Thought Catalog Books now stands as “a great profitable business-within-a-business. You could spin it off and run a six-person team with it and everyone would make pretty decent money.”

There are no plans, however, to sever the books division from the ThoughtCatalog.com website, he says, because “a lot the stuff that we’re doing that’s really pushing the needle with marketing relies on the existing infrastructure at Thought Catalog. That’s the analytics and the tracking mechanisms we use.”

“The bulk of our physical books will never come back into print…That brings the aura back to the book.”Chris Lavergne

If you’re not familiar with it, Thought Catalog is the rapidly updating website to which many millions of mostly young-adult readers flock to read the musings of their peers—young writers who share a bankable accuracy when it comes to writing about issues and trends on the grid right now.

In his article for TechCrunch, Lavergne writes about his early approach to the website’s content and required pivot: “When ThoughtCatalog.com went live in 2010, it wasn’t a viral publisher. The non-buzzworthy ‘Thought Catalog’ name reveals a total lack of foresight into the viral publisher trend. Thought Catalog was supposed to be an ‘experimental cultural magazine.'”

Lavergne discovered that, “Long-form writing like profiles of musicians, book reviews and cultural analysis would bankrupt us, and we pivoted. Audience insights from Facebook data become our publisher, Google data our editor in chief, and Twitter signals our managing editor.”

And there lies the aspect of this story that traditional publishers can most readily envy. Not only does Thought Catalog have a sweetheart’s grip on a hugely desirable, reading demographic in modern culture, but it also has mastered the data stream’s clues to what that demographic wants, and when. Indeed, he and his team experiment and develop avenues of data management. In his conversation, he refers to one of his projects as “a data organization and metadata problem we’re solving.”

A couple of Lavergne’s points at TechCrunch lead to some of his most astute views on book publishing. For one thing, his financial experience tells him that selling 2,000 copies of an ebook that is some 5,000 words long can recoup an investment far more quickly than trying to attract “about one million reads for the publisher to break even on an optimized ad setup.” 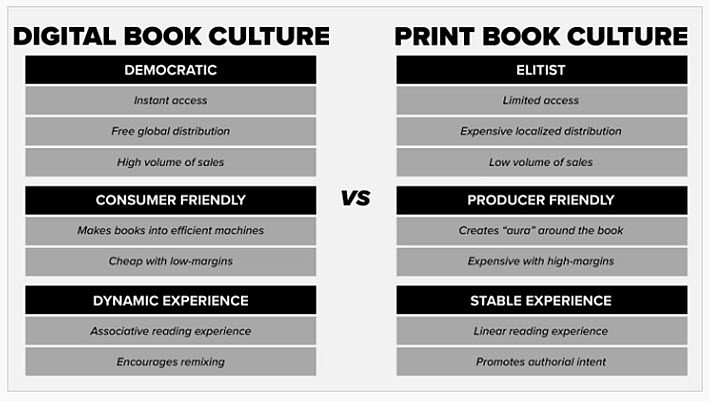 An illustration of how Thought Catalog Books’ team sees print and digital in its readership’s considerations. Image: Chris Lavergne for his TechCrunch article 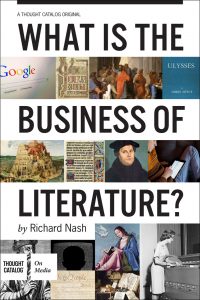 Would you imagine that Lavergne’s young and mobile readership would shun print? Think again. He’s discovered, as he puts it, that print books are a form of “luxury goods and ebooks are utility” for his audience.

“It started for me with the fact that I loved to find books that weren’t in print anymore. How cool that felt to find them, and there was no ebook.”

With that motivation, Lavergne has created limited print editions of some of Thought Catalog’s online content, which he only sells via Thought Catalog channels.

Lavergne has no delusions about the limits of this appeal. “The darker thing about it is that it isn’t a huge business,” he says. “It can be a good business but it’s also against our times in terms of ‘scale, scale, scale, scale.’ If the big publishers had to depend on this kind of income, they’d be done for.”

Thought Catalog’s list isn’t without some brand-names authors. Simon Critchley and Elizabeth Wurtzel, for example, have published with the company. Robert Yune’s Eighty Days of Sunlight was longlisted for the International Dublin Literary Award this year. But as yet, there’s been no breakout for the company, no niche-busting runaway.

“What we’re trying to do,” Lavergne says, “is support the creatives in ways that the traditional industry won’t support them, not really fulfilling the more typical book appeal.”

“We went from talking about the Kindle to Amazon creating a whole film and television production arm, right?”Chris Lavergne

In his piece for TechCrunch, Lavergne also touches on Amazon, conceding that the company’s scope and reach “feels like a monopoly,” but in a way that’s deceptive. He writes, for example that in 2014, a Publishing Technology study gave Apple’s iBooks 31 percent of the ebook market.

“If young people continue to use the iPhone over and over again,” he tells Publishing Perspectives, and they have some interest in books, it will be worthwhile for them at Apple to maintain iBooks as a competitor to Amazon.

And he proposes that as ebooks’ popularity increases, “selling physical books on Amazon might make less sense.”

At TechCrunch, he puts it this way:

“For us, there is more personality in ordering the book through a more custom e-commerce experience or through an independent brick-and-mortar retailer. If books are truly luxury items, then just as a high-end clothing brand doesn’t want to sell on Amazon, we, as a specialty book publisher, don’t want our products there either. This might eventually be the case with other, larger publishers at some point which, at the very least, may begin limiting their print distribution on Amazon.”

“Does Amazon even care about ebooks anymore?” he asks in his interview with Publishing Perspectives. “We went from talking about the Kindle to Amazon creating a whole film and television production arm, right? And audio. It’s almost like audiobooks are the new ebooks.”

Lavergne’s appraisal of publishing overall is hopeful: “While a book publishing company will never grow at the exponential speeds of Facebook or a traditional technology company, that’s their charm. It’s an industry about deep engagement, not quick growth.”