Amid some debate about whether EPUB may not be more suitable, the key ebook retailer in Russia announces a move to a new version of the FictionBook format, .fb3. 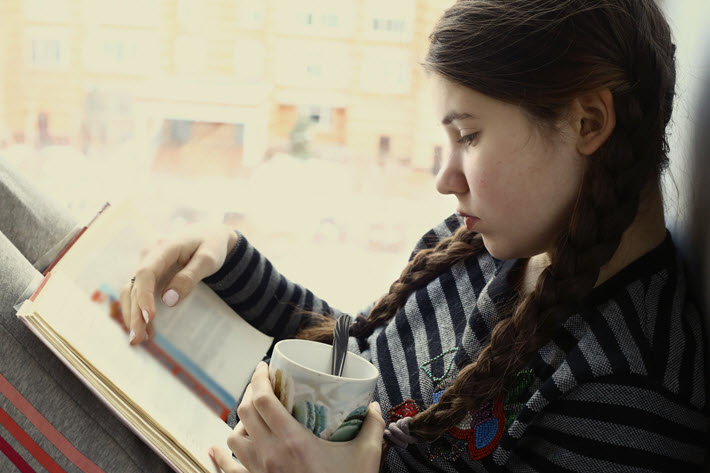 ‘All These Years We’ve Been Waiting’

LitRes, Russia’s leading seller and distributor of ebooks, has announced plans to bring to a new “.fb3” format to the market this year.

The .fb3 format is an open XML-based ebook format, also called FictionBook and popular in Russia. The previous version of this format uses .fb2 as its file extension.

LitRes officials say they hope the .fb3 format will draw new readers, especially those who haven’t been satisfied with ebooks in EPUB and .fb2.

It’s reported that the new format was developed by LitRes Innovation, a subsidiary of LitRes, at a cost equivalent to some US$10 million.

According LitRes’ promotional material, the use of the new format is intended to answer a growing demand for high-quality ebooks in Russia, supporting complex layouts and large numbers of tables, lists, and illustrations.

The format is expected to allow publishers to gain greater consistency across devices in terms of layout and appearance of their ebooks, and to accelerate sales of digital editions of many titles.

According to Dmitry Gribov, LitRes’ technical director and a developer on the .fb2 format, that version of the software is outdated, although it remains popular with many Russian readers.

In a prepared statement from the company, Grivov is quoted, saying that work on .fb3 began years ago. “All these years we’ve been waiting for action from other players, hoping that the market will solve the problem itself.” The decision to commit to .fb3 was made last autumn by the company, as LitRes Innovation because gained “resident” status in the tech-development Skolkovo complex near Moscow.

A shift to EPUB, Gribov says, would be an inadequate measure, affecting no more than 50 percent of the Russian audience, almost half of which prefers alternative formats. But according to analysts of the Russian ministry of culture, the majority of  publishers say they prefer to produce ebooks in EPUB. According to them, EPUB more suitably handles complex layout requirements, while FictionBook is, as the name implies, better suited to the simpler needs of most fiction.

In an article by Elizaveta Makarova at Kommersant.ru, Digital Negruta CEO Alexander Alpina says, “In order for .fb3 to become popular, [LitRes] has to offer publishers and readers radical advantages over conventional EPUB, and services for a smooth transition.” Otherwise, Alpina says, advantages of the new standard aren’t likely to be perceived by the market.

Ebooks are among key drivers in the Russian book market’s growth. In 2012, the segment amounted to some 260 million rubles (US$4.6 million) in value terms—last year, the figure jumped to 2.6 billion rubles. According to LitRes, sales of ebooks in Russia grew by 50 percent in 2016 over 2015.

Today, ebook sales are reported to count for 5 percent of the total volume of the Russian book market in value. A

According to a report from Rospechat, the Russian federal agency for press and mass communication, LitRes last year accounted for 56 percent of the Russian market’s ebooks. Google Play reportedly stood at second place, with a 12-percent share. Among main shareholders of LitRes arte Exmo-AST, Russia’s leading publishing house, and Ozon.ru, an online retailer.

LitRes reports that some 30 percent of its books are sold in .fb2 format.