Rakuten Kobo will use Shelfie’s tech to identify reader preferences for recommendations and to offer ebook editions of print books owned by users.

The “Shelfie” is a photo made by a user of his or her bookshelf. The system parses that photo for the book titles on the shelf. Image: Shelfie

Since Publishing Perspectives reported on the surprise shutdown at the end of January of Vancouver-based ebook-bundling company Shelfie, there’s been silence from principals of the startup formerly named BitLit Media.

Today, an announcement has been made by Toronto-based Rakuten Kobo that it has acquired Shelfie’s technology—a part of which allows a user to take a photo of his or her bookshelf to be read and parsed for the book titles visible on the shelf’s spine. Shelfie’s program then matched up the physical books on a user’s shelf to ebook editions of those titles made available to the user by partner-publishers.

It wasn’t lost on some that Shelfie could potentially give publishers a chance to gather data about their customers’ reading and book buying habits.

The acquisition being announced today by Kobo’s executives, according to a news release, “includes technology assets, IP, and the infrastructure on which the ecosystem runs; it also includes hiring Shelfie’s skilled team, which specializes in the application of big data and machine learning for book discovery.”

Publishing Perspectives has asked if Shelfie co-founding CEO Peter Hudson will be going to Kobo as part of that the release terms “Shelfie’s skilled team,” and we’ll update this story with an answer if it’s made available. Financial terms of the acquisition haven’t been disclosed, of course.

It’s worth noting that when Shelfie abruptly closed its operations this winter, Kobo offered to continue the service for the month of February so that users could access ebooks in the Shelfie app and transfer them to the Kobo platform.

Now, Kobo’s prepared statement reads, “Over the coming months, Kobo will work to integrate the Shelfie platform into its Android and iOS apps, enabling readers to add their print libraries to their reading history to generate ever more tailored ebook recommendations, as well as the option to get digital versions of print titles they already own.”

“People who come to Kobo already have a history of reading in print that we don’t want to ignore.”Michael Tamblyn

The recommendation functionality is something Shelfie had developed as a later-stage capacity and was being touted as a new value-add about a year ago, in March 2016. At that time, Hudson spoke of book recommendations depending on that Shelfie picture of a bookshelf, as well as on, “the way that readers naturally organize their books.”

In other words, this approach to recommendations takes into account a user’s patterns of book display and/or storage. From our story in March 2016, this quote from Hudson: “Shelfie’s model considers a reader’s entire bookshelf, no matter if the books were bought online, offline, or received as gifts. Plus, Shelfie uniquely captures the way readers organize their books. While you’re unlikely to ever find Douglas Adams’ The Salmon of Doubt on a bookstore shelf next to Neil Gaiman’s Neverwhere, that’s exactly how thousands of readers organize their shelves at home.” 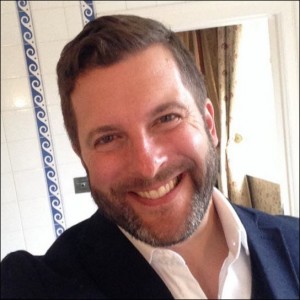 In the latest news about Kobo’s acquisition, the company’s CEO, Michael Tamblyn, is quoted, emphasizing the print-to-digital connection that Shelfie specialized in, saying, “We know our best customers move fluidly between formats, reading digitally and in print, and we welcome this opportunity to bring their entire reading life together.

“People who come to Kobo already have a history of reading in print that we don’t want to ignore.

“This acquisition will allow us to expand our ecosystem by incorporating Shelfie’s innovative advances in book recommendation, discovery, and bundling, which is especially interesting considering our large network of bricks-and-mortar bookselling partners.” 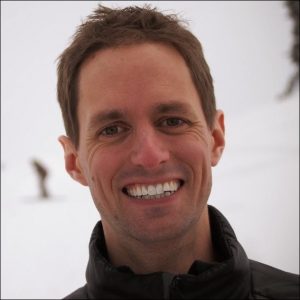 And Shelfie’s Hudson, who co-founded the company in 2013 with Marius Muja, is quoted, saying, “We’re proud of what we’ve built, and in Kobo, have found the perfect platform to expand on what Shelfie has to offer, on a global scale

“Finding the next book to read is a challenge that resonates with many booklovers, who increasingly are looking to personal recommendations as opposed to algorithm-based suggestions.

“With Shelfie’s technology, avid readers will easily be able to find the next must-read book.”

Regular readers will also note that the Shelfie news is the latest in a series of moves made by Rakuten Kobo, resonant with its international footing.