At Los Angeles Review of Books: ‘I have described translation as the common language of languages,’ Ngũgĩ wa Thiong’o tells Nanda Dyssou.

‘English Is Not More of a Language’

Nanda Dyssou: I know that this is a rather broad question, but what do you hope to achieve with your writing?

Ngũgĩ wa Thiong’o: Empowerment of African languages and all the other marginalized languages of the world. I have become a language warrior. And I love it—frustrating, yes, but I embrace the struggle.

ND: You began to write in Gĩkũyũ as an act of resistance. In the last 40 years, you have blazed the trail for African writers to do the same. Has the literary landscape changed enough? 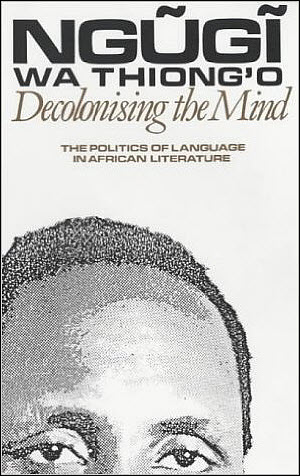 NWT: Not much by way of writing and publishing in African languages. But the attitudes have changed. When I first published my book Decolonizing the Mind in 1986, I met with a lot of hostility, disgust, ridicule, derision. I don’t see that anymore.

But to be honest, there have always been Africans writing in African languages. In a conference held in Asmara, Eritrea, in 2000, the participants were writers in African Languages, and hundreds turned up, from all corners of the continent. They came up with a now famous document, a kind of manifesto on African languages, called The Asmara Declaration.

ND: Do you think writers should write in their native languages and then translate their works into English?

NWT: First, writers should not feel compelled to translate their own works into English.

I do it because I am in an argument with those who say that writing in an African language denies other Africans and other peoples access to their work. Mark you, the same is never said of writers who write in European languages, whose works are more widely translated. 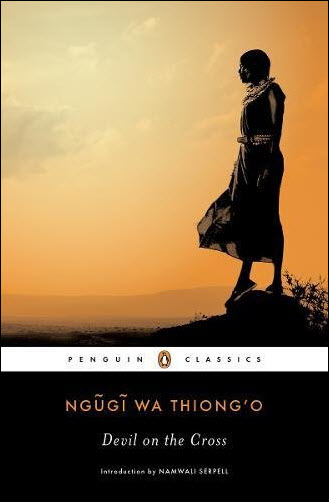 Penguin Classics has released a new edition of Ngũgĩ wa Thiong’o’s ‘Devil on the Cross’ this month.

The problem is that, unfortunately, those that write in African languages remain invisible, their works are hardly ever reviewed or translated. Publishing venues are limited.

Of course, despite the obstacles, there are works, for instance in Kiswahili. Kiswahili is an African language spoken in East and Central Africa. It has a great literary tradition that has produced and continues to produce great writing, from Shaaban Robert to Abdilatif Abdalla.

ND: You have said that translation is a way to contribute to intercultural communication. That’s why you translate your own books into English yourself. But some have argued that this negates the statement you make with writing in Gĩkũyũ.

NWT: I have described translation as the common language of languages. So I am not against English or any other language. What I totally oppose is the unequal relationship of power between them.

English is not more of a language than any other language. This is true of all languages, big and small. I am and have always been for works in one language being available in other languages. I would like to see European, Asian, and Latin American literatures translated into African languages and vice versa. Some of my works have been translated by Wangũi wa Goro into English. But others have been translated into German, Swedish, and Japanese by other people.

Nanda Dyssou’s complete interview at the Los Angeles Review of Books is here.