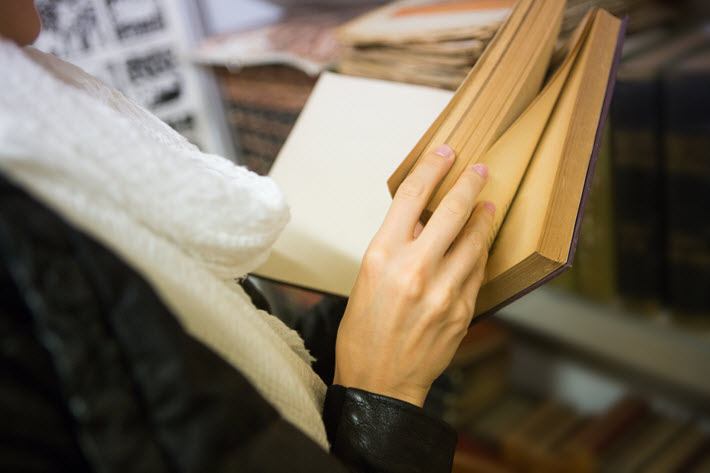 In Belgium, the GfK survey shows, 31 percent of those surveyed say they read a book once per month. The study has input from Internet users on reading in 17 countries. 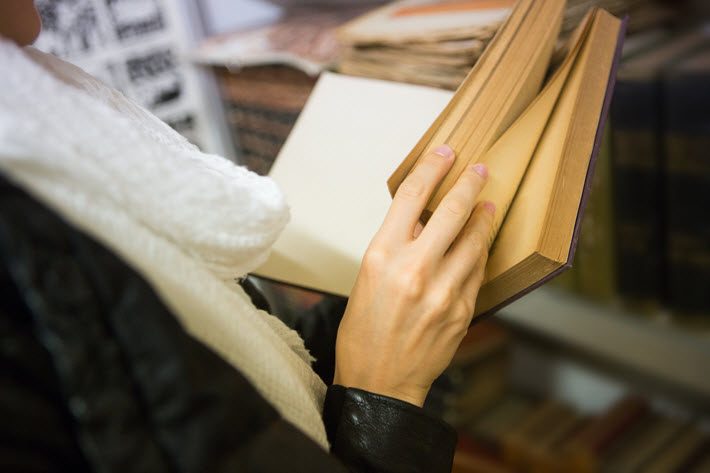 The results of a multinational survey by German research company GfK won’t surprise many in publishing. Most of the women surveyed report reading more than men do, for example, and higher-income households are into books more than are lower-income families. Then again, would you have expected Dutch and South Korean respondents to say in comparatively high numbers that they aren’t reading books? —Porter Anderson

The German market research company GfK—Gesellschaft für Konsumforschung, or Association for Consumer Research—has released a 17-country report that shows 30 percent of responding consumers saying they read books “every day or most days.”

Leading the pack is China at 36 percent, followed by Spain and the UK at 32 percent each.

However, if the group is widened to include daily readers as well as those who read “at least once a week,” the international total rises to 59 percent, with China firmly in the lead (70 percent of its population), followed by Russia (59 percent), and Spain (57 percent).

GfK’s sample comprises more than 22,000 consumers in 17 countries, 15 and older. They were interviewed online during the summer of 2016. Results are weighted to reflect the demographic composition of the online population age 15 and older in each market.

Thirty-two percent of women tell the GfK survey they read books every or most days, compared to 27 percent of men. 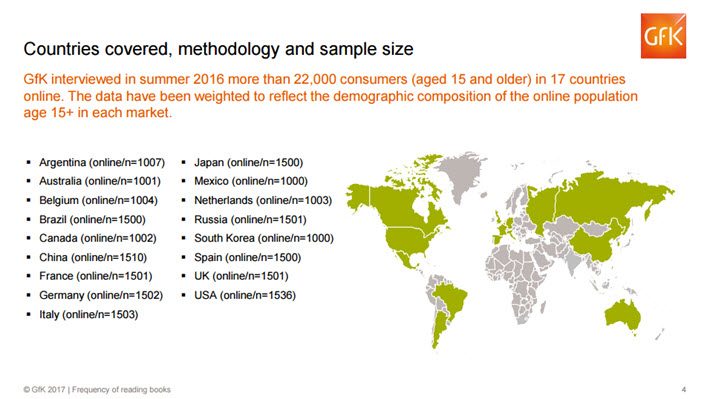 Non-reading of books is highest in The Netherlands and South Korea.

The Netherlands and South Korea have the highest percentage online respondents reporting that they never read books, at 16 percent each.

In South Korea, this is fairly equally divided between men and women, but in The Netherlands, it’s heavily led by men, with 23 percent saying they never read books, as opposed to 9 percent of women. Following are Belgium (14 percent) and then Canada, France, and Japan, all three at 11 percent.

In a prepared statement, Mathias Gilog of GfK’s entertainment division is quoted, saying, “The value of these findings for the book industry lies in combining this self-reported data with analysis of actual sales across different markets and insights from our retail and consumer panels.”

The survey report includes more than 80 charts with breakdowns from each country surveyed.

The entire report from GfK can be had here and requires free registration to download.