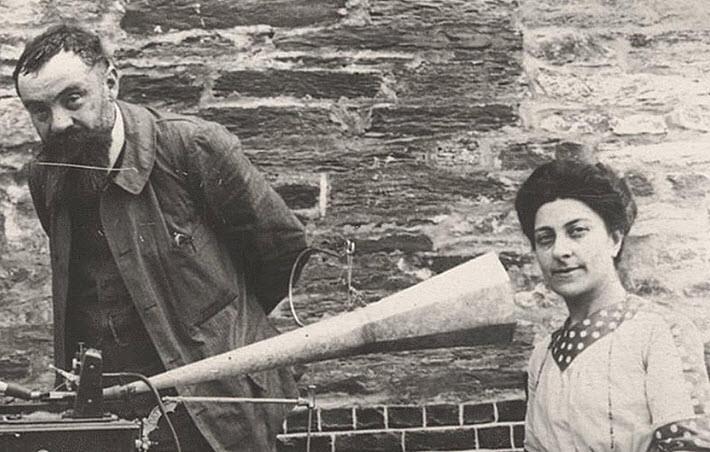 Keyed on World Book Day, the cultural heritage platform Europeana opens a literature focus, as a new consultancy for festivals opens in the UK. 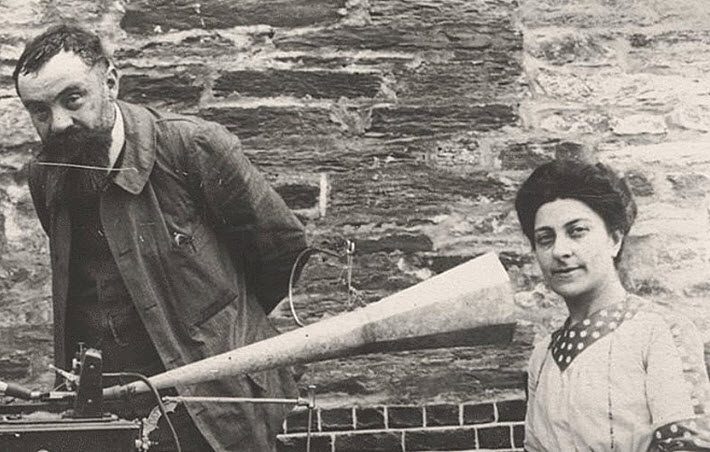 From the Europeana site, an archival image from the collection “Recording and Playing Machines.”

In recognition of Sunday’s (April 23) World Book Day, the Europeana Collections platform—which is co-financed by the European Union’s Connecting Europe Facility—has kicked off what it describes as a “month-long literary tour of Europe.”

The Europeana platform collects and provides online access to more than 53 million digitized items from more than 3,500 libraries, archives, audio-visual collections and museums in Europe, including books, photos, and paintings, television broadcasts, and more.

As is frequently the case in these situations, there’s so much branding involved that it’s a bit hard to make out exactly what’s planned. UNESCO, of course, also named the 23rd of April  World Book and Copyright Day. (The deaths of both Shakespeare and Cervantes, of course, are assigned to April 23. Some sources see the date as that of Shakespeare’s birth, as well.)

In addition, Europeana attaches to all this what it terms an #AllezLiterature campaign. And there’s also an #OnThisDay hashtag.

In a prepared statement, the organization says, “To highlight the variety of resources and languages available on Europeana, more authors and events that marked Europe’s literary History will be highlighted over the coming weeks, with the hashtags #AllezLiterature and #OnThisDay linking to relevant content…

“From Homer to Gustave Flaubert and Kafka, the campaign will feature works by authors across Europe, promoting literature and the continued relevance of these texts. We will encourage users to interact with the content on social media using the #AllezLiterature hashtag.”

Overall, the program seems best summed up in this line: “Led on social media, the campaign explores the value of the written word in our cultural heritage through words, in all their forms and languages.”

Following the #AllezLiterature hashtag should get you in touch with the program, which earlier in the year was focused on love letters and poetry.

The only thing we seem to be proliferating more rapidly than branding is literary festivals and other events. Hence, a troika of industry pros in the UK has opened a new consultancy.

If they do say so, themselves—and they do, in their press release—”The partners form the basis of a strong and successful team with a focus on designing, curating and delivering world-class literary and cultural events and festivals.  They have an admirable track record in creating and producing highly successful events programs.”

Among quotes provided in media materials, James frames the rationale for the consultancy this way: ”

“In the UK, where there are so many festivals, we think there’s a gap in the market. We can offer a service where any festival, no matter what size, can have access to the knowledge and talent that helps to make the best the very best. We are also confident that, as more countries and cities abroad want to showcase their literary and cultural assets, we can bring our huge and diverse experience to bear to help them produce world class events from the very start.”

The company will look for corporate work as well as literary, capitalizing on “the theater and drama required for successful literary events.”