‘We need to leave the old distinction between analog and digital behind,’ says a Danish educational publisher. But is the new approach working?

Today, a discussion that follows controversial research in Denmark indicating that  extensive investment and prioritization of digital educational content may be running ahead of verifiable results. Is adequate evaluation in place? Political and educational intents can become confused in these debates everywhere, of course, and publishers can find themselves on the hot seat.—Porter Anderson

The conclusion of Danish researcher Jesper Balslev has surprised many here: There is no evidence that the digitization of education tools, materials and approaches leads to increased learning.

“Publishers need to change their mindset. When we changed from book production to database publishing, we introduced a new way of thinking about what we do and why, and a need for new inhouse skills followed.”Poul Henrik Mikkelsen

Balslev’s work is based on a study of Danish policy papers from the last 40 years promoting large-scale digitization, and his work is part of a PhD project for Roskilde University on political arguments for digitization.

Several studies also support contrarian viewpoints, of course. In a 2015 OECD report, it’s suggested that countries invested heavily in digitization have seen a decline in students’ reading profiency and in math skills. In a range of Asian countries that have have been more cautious about digitization, some research indicates, the opposite is the case: their pupils perform better in those fields.

Publishing Perspectives met with Balslev on the roof terrace of Copenhagen School of Design and Technology, where he teaches communication design, and then spoke with two Danish publishers—from Egmont and the Gyldendal Group—for reaction from the industry. 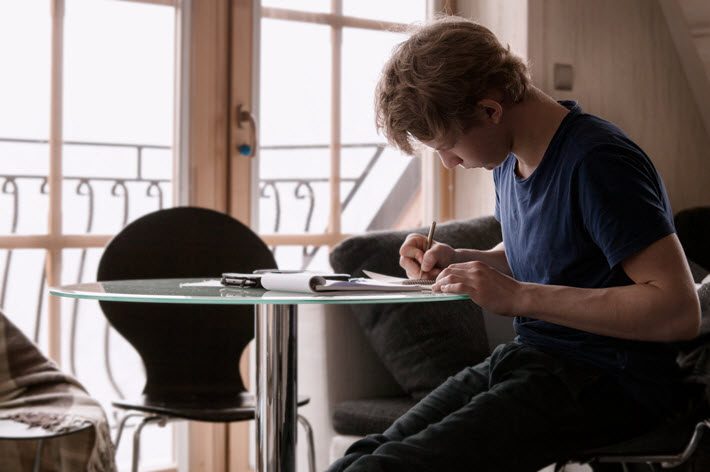 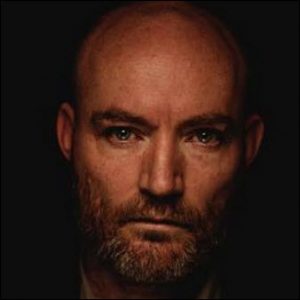 Jesper Balslev: Denmark is one of the countries that has invested most in digitization in education; our purchases of digital education systems, access to content platforms, and so on, have been huge. We see our schools as digital front-runners, and we set in very early in primary school. We have municipalities where schools have provided every pupil with an iPad.

But knowing how to use an iPad will not help you become a programmer when you grow up. Our kids still need to learn to read, write and do math…and there’s no evidence of how this can be more easily obtained in digitized classrooms.

PP: What is it that you find so problematic in the approach?

JB: I’m concerned about the willingness to invest huge amounts of government money without any certainty of an effect. If you compare it to investments in healthcare or infrastructure, you have tightly regulated procedures for testing and specific indicators of success. I don’t see decision-makers following such common rules when it comes to education technology.

In this light, you may consider what we’re doing to our school system and to our kids an enormous and uncertain experiment.

“The main argument for digitization has been what I like to call the “estimated potential”…assumed but not yet realized nor academically established benefits.”Jesper Balslev

PP: On what ground do you see decisions being made, then?

JB: The main argument for digitization has been what I like to call the “estimated potential” that lies in digitization, assumed but not yet realized nor academically established benefits. In recent years, it seems to be the only argument: policy papers promoting digitization will often be vague in concrete recommendations of how to use technology. They tend to present lists of examples and define themselves as “catalogs for inspiration.”

In cases of dissatisfaction or missing concrete use cases, the political blame is often put on teachers who supposedly have a “wrong mindset,” and thus are using technology the wrong way. Moreover, the answer to missing results is frequently further digitization, more of the same. 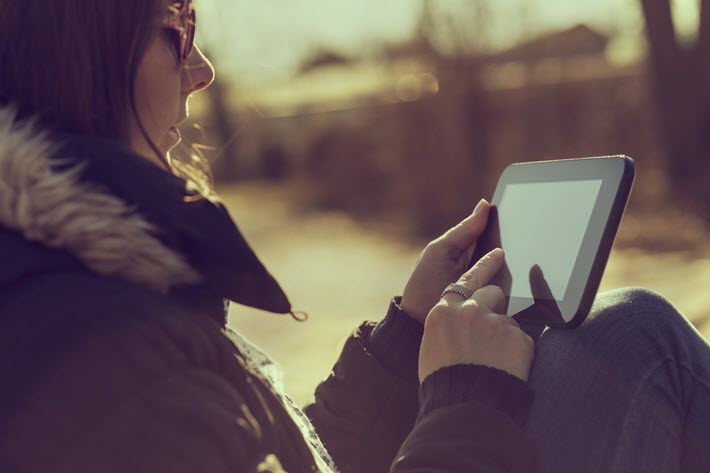 Cliff Hansen is publishing director of Alinea, which is Egmont’s Danish educational publishing branch. Hansen is also chairman of Denmark’s Educational Publishers Association, a part of the Danish Publishers organization.

Poul Henrik Mikkelsen is CEO of Aarhus-based Systime, part of the Gyldendal Group. Systime specializes in what are called Internet Books, which are collections of enriched digital books and exercises used primarily in high schools and in other educational settings for similar age groups.

Publishing Perspectives: Jesper Balslev points out that his research shows no evidence of educational digitization having led to increased learning. What are your thoughts about his position? How much is the political component a factor here? 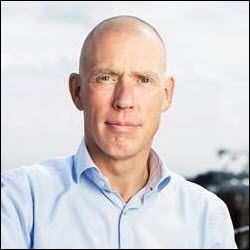 Cliff Hansen: Understanding the political system is part of our everyday life. We see and feel how strongly the current digital agenda is promoted politically. As educational publishers–and thus systems providers to the sector–we need to understand the goals and ambitions for the Danish school system. Otherwise, we can’t supply the relevant material.

Poul Henrik Mikkelsen: At Systime, we’ve experienced the reception of our Internet Books as quite revolutionary; sales have increased constantly during the last four years, and we sell around one million licenses each year. The fact that teachers renew their licenses every year seems to be a clear indication that they find themselves doing a better job with Internet Books than without them.

PP:  What kind of actual feedback and usage data can you collect and use to evaluate the efficacy of a digital learning system? 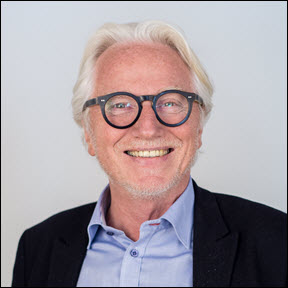 PHM: We have a “tell us what you think” button on all our Web pages. The button was used more than 10,000 times last year to provide us with critiques and good ideas. That alone has obviously led to increased quality. Moreover, we analyze the use of the Internet Books, and with more than 100 million page views, we have a substantial amount of data to draw reliable knowledge from.

PP: Balslev uses the term “estimated potential” to refer to as yet unrealized benefits. He tells us, that this potential has been used as the most important political argument for intensive digitization efforts in Danish schools. Do you see any other and perhaps more palpable arguments?

CH: At Alinea, we maintain a strong focus on finding cases in which digital contributes something different from traditional printed textbooks. We’ve developed a digital training concept we call “CAMP” that we strive to make truly adaptive: our ambition is to find the best path to learning for each pupil.

For this, we’ve partnered with Knewton, and the CAMP system exploits both big data and smart algorithms. Indications are that pupils do experience faster learning using CAMP. But time will tell. What we’ve seen so far is certainly interesting enough for us to continue the work. An important future task is to identify the technologies that allow pupils to realize their own learning potential.

PP: Which unrealized potential do you see? And which are the inherent risks?

PHM: So far, we’ve only just begun to exploit the digital potential. At Systime we are willing to bet it all; we believe this is the right path to follow. I’m convinced that it’s easier to teach math when you can actually play with a graph by pulling and manipulating it on the screen. Likewise, you’ll also learn better English if you have the opportunity to listen to a text read by a native speaker.

Of course, the digital platform includes a strong possibility of “distractions” [from social media, etc.]. But in earlier eras, you distracted yourself by allowing yourself to look out the window and drift away in your own thoughts. In my view, the frequency and level of distraction depends mostly on the teacher and the situation.

“We need to leave the old distinction between analog and digital behind. Publishers today are thoroughly digitized. The important thing is still the content we produce.”Cliff Hansen

CH: I don’t buy the narrative of teachers without the right mindset. Of course, everybody can always become even better, but we see huge interest from teachers who use our software. We have many, many logins on our teachers’ guides, and the teachers’ willingness to acquire and use the relevant skills can’t be underestimated.

PHM: I’m not sure if this is a question of mindset. I don’t think it is. However, there’s a natural need for teachers to learn how to use the new technologies and tools, even if the tools don’t require a new mindset.

Publishers, on the other hand, need to change their mindset. When we changed from book production to database publishing, we introduced a new way of thinking about what we do and why, and a need for new inhouse skills followed.

“The outcome is best measured by looking at pupils’ results in exams, and especially by studying their activities, choices and success after finishing school.”Poul Henrik Mikkelsen

CH: In my opinion, we need to leave the old distinction between analog and digital behind. It’s artificial and archaic.

Publishers today are thoroughly digitized. The important thing is still the content we produce. Some material we only publish digitally, while something else will only be published in print. We also transform some of our analog material to digital, as well as publishing some digital material in analog formats. It depends on the relevance and context of each case.

PP: What approach do you usually take, when you’re developing new systems, portals, apps, and so on? Are there formal requirements for digital learning systems? How can publishers work with them? 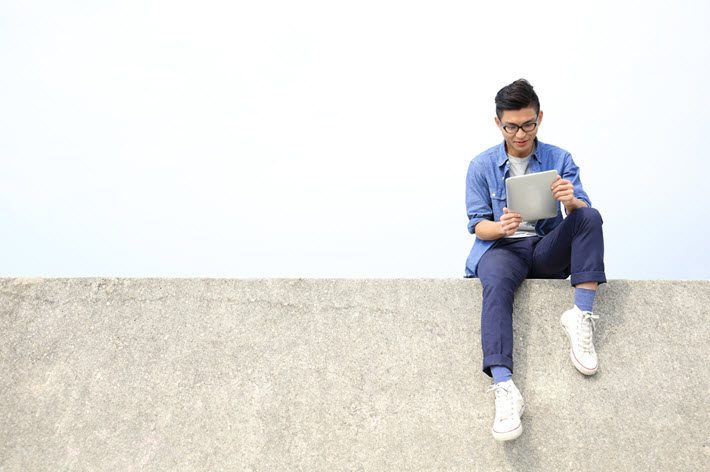 To receive financial support, systems are required to be compliant to a range of standards in terms of learning results, content transfer, and metadata. The funding program ends in 2017, however, leaving the control system weakened.

“It will be important for us to understand and master what I call algorithmic thinking. In our dialog with the government, we’ve suggested that this be part of public school curriculum.”Cliff Hansen

CH: Right now we don’t know what the future holds. The two major providers of LMS (learning management systems) are not fully compliant with the required standards. So educational publishers find themselves in a dilemma when they develop material for these platforms. We either follow the standard or go for maximum compatibility with the market’s most dominant systems.

PHM: Obviously, we build our products based on the governmental recommendations and curricula. We work closely with our network of authors and others, and we receive proposals from teachers. We also analyze the market before deciding who to recruit for a team of authors in a new system.

PP: Educational publishers, like Danish authorities, have invested heavily in this. How will it affect you if the attitude toward classroom digitization becomes less enthusiastic? Is there a “perfect mix” of digital and analog in school?

PHM: I believe that teachers evaluate different materials based on quality, not on media. Even when a print book is the right choice, modern technology can assure that the book is updated–published directly from the database, instead of being delivered from a pile in the warehouse.

PP: Is there a way to measure or assure a satisfying amount of learning in digital contexts in the future?

PHM: I think the outcome is best measured by looking at pupils’ results in exams, and especially by studying their activities, choices and success after finishing school.

CH: In a larger perspective, it will be important for us to understand and master what I call algorithmic thinking.

Teachers, pupils and everybody else would benefit from this. In our dialog with the government, we’ve suggested that this be part of public school curriculum. The ministry has appointed a committee. Even though it won’t meet very often, it’s a step in the right direction.