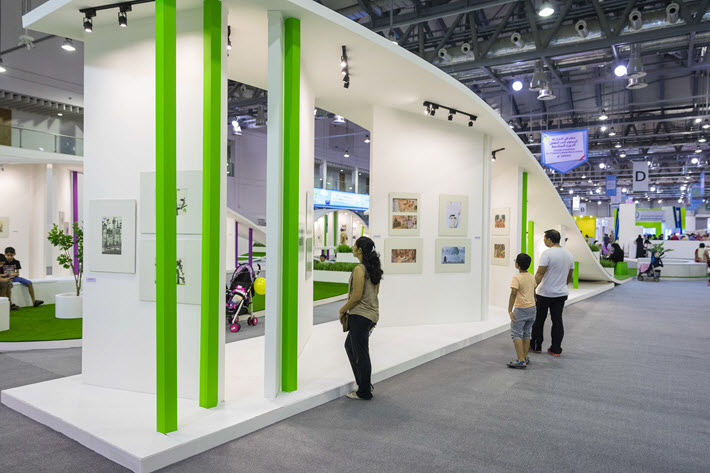 From Gulf News: ‘There’s a need to bring children back to books,’ says one author, while another points to publishers’ reticence to promote area folktales. 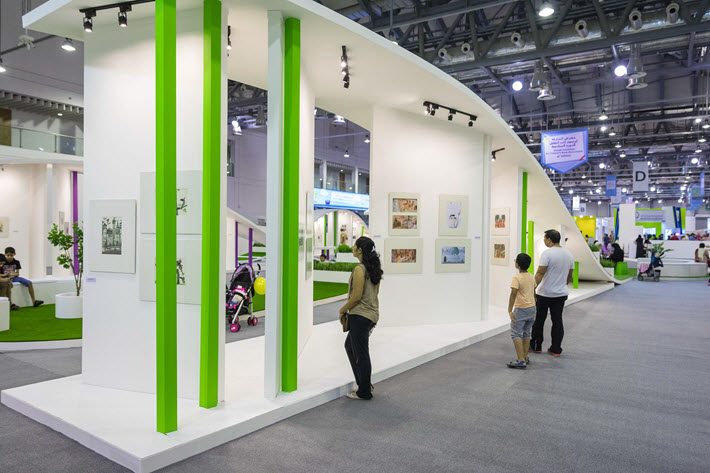 As reported by the Gulf News, challenges facing children’s book publishing in the Middle East were among topics of a panel discussion at Sharjah Children’s Reading Festival, which ends on Saturday (April 29). 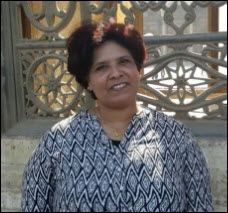 Among those addressing the topic was Amal Farah, an Egyptian children’s writer, who told the audience, “People talk about how visual media—the digital media—pose a threat to the children’s publishing industry. [But] when you think about it, visual media aren’t new. In the past we had street clowns. These are excuses to justify the failings and shortcomings of the publishing industry.

“There’s a need to bring children back to books and the key to that is for publishers to show genuine interest in that sector and to understand how books works.”

She’s reported to have made the argument that the classic clichés regarding children’s books, such as using bright colors for certain age groups along with fewer words in the texts, often lead to oversimplifying the industry, which in turn kills creativity.

“The result is that children don’t want to read books anymore and are less likely to be readers when they grow up,” Farah told the audience.

One problem, she said, lies in the commercial use of “marketing incentives” to encourage readers to buy books. “It’s as though books need that commercial push,” she said, “in order to be sold.”

Kuwaiti writer Latifa Butti, who prints and publishes children’s books through the Sidan Media project, was a panelist with Farah.

“Before talking about the challenges facing the publishing of books,” Butti said, “we should talk about the love of books. Schools today offer rigid curricula that are outdated and lack creative stories. They are informative but dry.”

“We should talk about the love of books. Schools today offer rigid curricula that are outdated and lack creative stories. They are informative but dry.”Latifa Butti

Butti said that while the publishing industry isn’t lacking in terms of quality of paper and story illustration, the real core issue is the lack of good content in the context of modern life for kids. “The text has to be relevant to the world in which the children live in. To make them feel safe and happy.”

Another challenge she acknowledged from first-hand experience, she said, is a lack of interest among publishers in children’s Arabic folk tales.

“I’d like to revive these folk tales so that the children remain connected to their own heritage. I was shocked at the publishers’ negative reactions saying that such stories are only relevant to the local Kuwaiti culture. We have Peter Pan, Cinderella and Snow White—stories that are not relevant to Arab culture at all—translated into Arabic.”

The original report from Gulf News on the Sharjah Children’s Reading Festival discussion with Latifa Butti and Amal Farah is here.