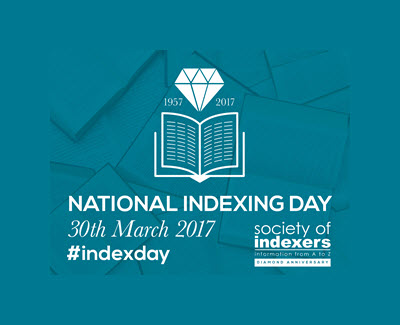 ‘The professional indexer has been around for a good century longer than the printed book.’ And the Society of Indexers, after 60 years, is looking for a little respect. 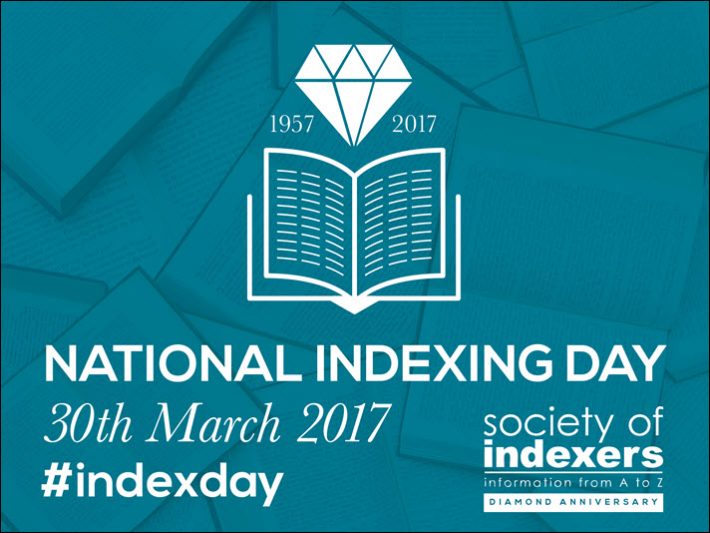 Yes, Virginia, there really is a Society of Indexers, and they’re ready to start speaking up for themselves and their special skills.

“Using a book without an index is like trying to fish with your fingers.”John Sutherland, Society of Indexers

As part of its 60th-year celebrations, the society has designated today (March 30) as National Indexing Day, “to raise awareness of this little-known but essential profession.”

In an informative—and appropriately authoritative—statement prepared for the press, we learn that the society “was formally constituted at the premises of the National Book League in London on March 30, 1957, by G. Norman Knight and colleagues.

“Knight counted it as ‘one of the achievements of the society to have removed the intense feeling of solitude in which the indexer (of books and journals, at any rate) used to work.'”

Shadowed in solitude no more, we hope, members of the Society of Indexers are stepping forward as “the only autonomous professional body for indexers in the United Kingdom and Ireland.”

The group “is associated with other indexing organizations around the world. Its aims are to promote indexing, the quality of indexes, and the profession of indexing.”

“Hire a professional indexer. The author of a text is the worst person for the job. You simply know the material too well (or, if you don’t, why in the world did you write the book?) to create a useful index.”Olav Martin Kvern, David Blatner at Pearson's Peachpit

Based in Sheffield, the society’s membership comprises some 400 indexers who work for authors and publishers “in more than 100 different subjects, from accountancy to zoology.”

Fending off—as are we all—the approach of our robotic overlords, the society is taking advantage of the day’s revelry to point out that while “dedicated software can help, indexing is not a task that can be automated; an index is not just an alphabetical list of keywords or a concordance. Computers can’t read, so they can’t index.

“There is no substitute for a proper index created by a professional indexer who has carefully analyzed the text, identified the important concepts and allowed for alternative reader approaches.”

In fact, the material provided to the press for the day, makes “the human point” very compellingly this way: “A good book index is made neither by magic nor machine. Professional book indexers are not only subject specialists but are trained to look at each text from the readers’ perspective.” That’s a point, and an excellent one, that may well be overlooked by many. The context in which good indexing is done is reader-facing.

Don’t try telling society members that the digital dynamic is in any way reducing the need for good indexers and their work, either. They’re away ahead of you:

“In the digital age, indexes are just as essential in ebooks: a full-text search or Ctrl-F cannot think like the reader, but a human indexer can.

“For example, text references to ‘Theresa May’, ‘Prime Minister’, ‘Number Ten’ and ‘Downing Street’ may or may not need collating together. Context is key; it all depends.

“A good index is like a roadmap back into the main text. A bad index is at best laughable and at worst less than useless. And a nonfiction book with no index at all is a crying shame, as is regularly bemoaned in book reviews and on social media.

“As our past president John Sutherland says, ‘Using a book without an index is like trying to fish with your fingers’.”

And should you feel that you’re not finding enough pleasure in good indexing in your life. “This June will see a veritable feast of indexing in Oxford,” media materials inform us.

“As the Society of Indexers finishes celebrating its diamond anniversary with a special conference and gala dinner at St. Anne’s College on June 21, index scholars and lovers will be gathering at the Bodleian Library for a two-day symposium on the Book Index (June 22 and 23) organised by Dr. Dennis Duncan.”

A quote from Duncan reminds us, “Records from the papal court at Avignon show that by the early 1300s people were being paid to compose indexes. In other words, the professional indexer has been around for a good century longer than the printed book.”

The society will provide a panel discussion on 21st-century indexing at the Book Index symposium, as part of its mission to assert that “Today’s indexers are skilled and technically literate professionals who are able to apply their specialist knowledge and considerable insight to aid the reader and enhance the value of a book.”

The society is on Twitter at @indexers and on Facebook, as well, and they’re looking for people today “to share diamond examples of best indexing practice on social media” using the hashtag #indexday.

Clearly, you don’t want to be on the wrong side of your indexer. Today might just be the moment to buy him or her a Campari.

References to  Olav Martin Kvern and David Blatner’s commentary on indexing are from ‘Working with Long Documents in Adobe InDesign CS3: Indexes (or Indices),’ at Pearson’s Peachpit site.