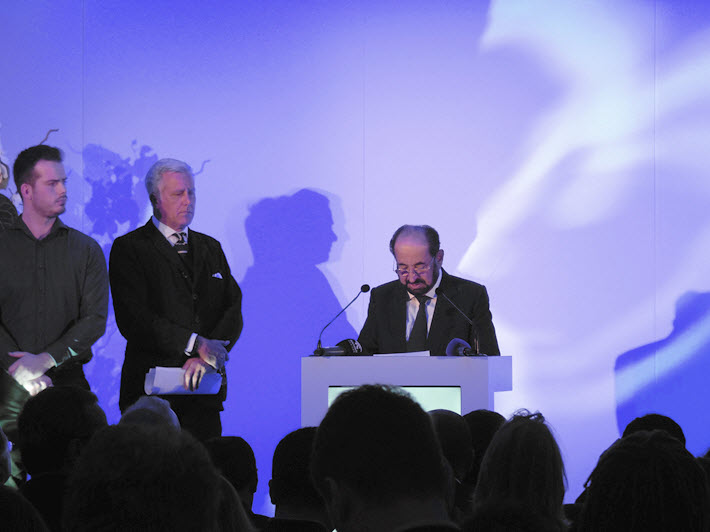 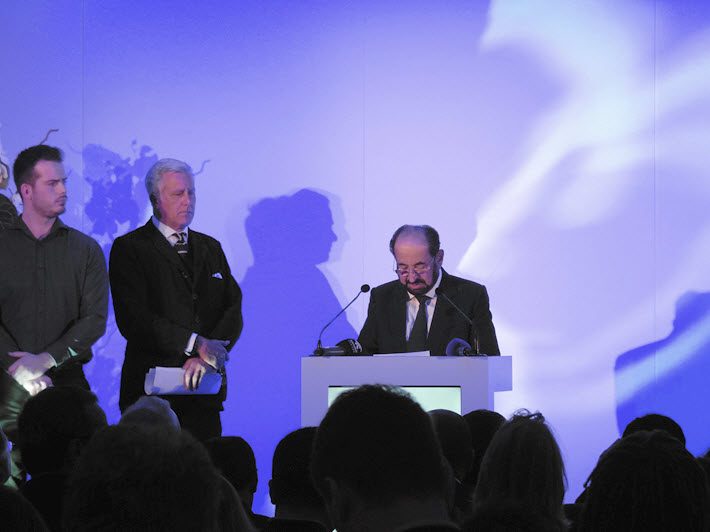 ‘To Create a Culture and Identity’

Atired but happy crowd of industry players gathered on Tuesday night (March 14) after the first full day of the 2017 London Book Fair for the fourth year of its International Excellence Awards ceremony.

Most of these awards, held in partnership with the UK’s Publishers Association, are expressly designed to recognize publishing and related activities outside of the country. 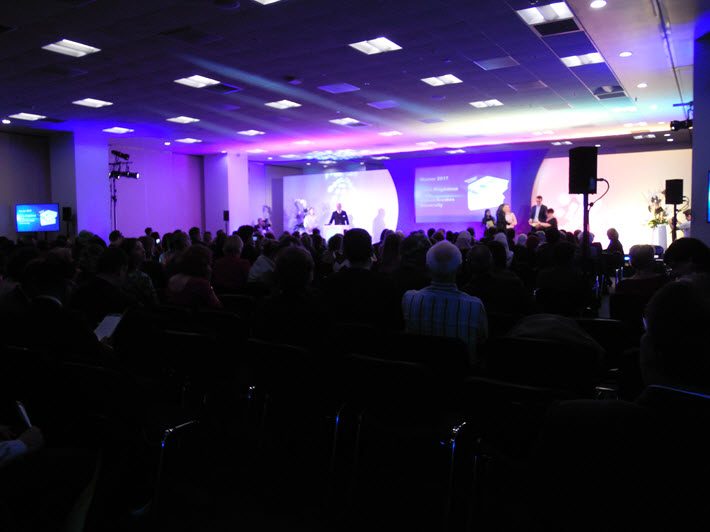 In their latest iteration on Tuesday, the most significant of these honors went, perhaps for the first time, to royalty: His Highness Sheikh Dr. Sultan Bin Mohammed Al Qasimi, Ruler of Sharjah—the third-largest of the United Arab Emirates, and the heart of the country’s cultural life—was honored with the Simon Master Chairman’s Award for his outstanding contribution to the publishing industry in the UAE.

Supported by the work of his daughter, the Sheikha Bodour bint Sultan Al Qasimi, and Sharjah Book Authority chairman Ahmed bin Rakkad Al Ameri,  Al Qasimi has established his emirate as a powerhouse of international publishing interest and development of literature from the Arab world, a factor in UNESCO’s designation of it as the cultural capital of the Arab world in 1998.

And he is an accomplished author of some 30 works in history and memoir. His new Tale of a City was launched with great affection and respect by Bloomsbury founding CEO Nigel Newton earlier this week, on Monday (March 13), in a gala event at Whitehall’s Banqueting House, and his previous title, Under the Flag of Occupation, was similarly launched during last year’s London Book Fair.

In speaking to Tuesday’s awards audience, London Book Fair director Jacks Thomas spoke of Al Qasimi’s steadfast support of literacy and publishing. One program, for example, has put 1.6 million free books into the hands of 42,000 Emirati families, and the emirate’s translation programs and initiatives are among the most energetic, contextualized by the establishment of the Emirates Publishers Association and Writers Union.

The Sharjah International Book Fair, founded by Al Qasimi in 1981, Thomas told the crowd, now is ranked as the fourth most significant event of its kind in the world. And, as Publishing Perspectives reported earlier this month, the emirate has just opened a new initiative to form the first Reproduction rights Organization in the Arab world.

“We are proud of the ability we have to create a culture and identity,” said Al Qasimi in an eloquent acceptance speech onstage at Olympia London. “That identity must be perfectly balanced between our Islamic roots” and the imperatives of a pledge, he said, that “Shajah will continue to strengthen its international ties,” its global outreach as a people measured by “a love of culture.” 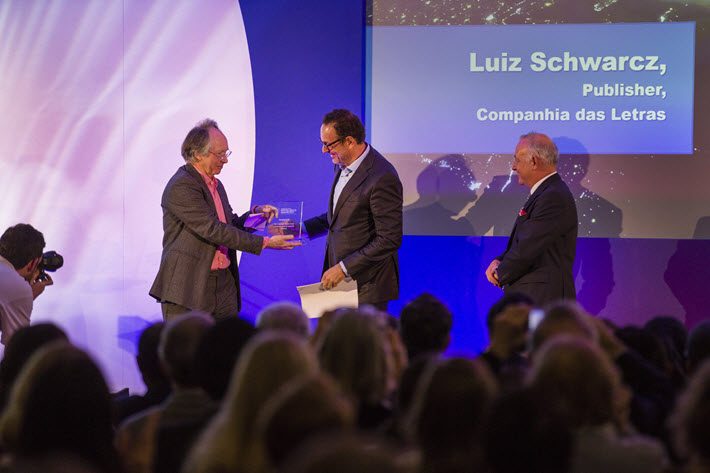 Earlier in the evening, the Arabic Literature (in English) program won the Literary Translation Initiative Award.

“Publishing,” Schwarcz said in a thoughtful meditation from the stage, is “the desire to pursue the perfect expression…What would happen if politics was created by literature, the pursuit of perfect expression?”

He spoke movingly of “the two points of solitude”—of the writer and of the reader—between which not even a good publisher should come. 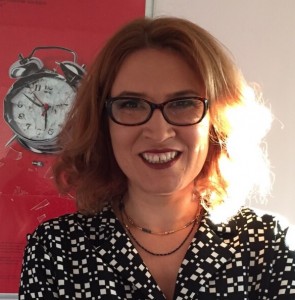 An award for the year’s best international literary agent went to Istanbul’s Nermin Mollaoğlu, a hugely popular figure on the international publishing scene for her ebullient leadership of Turkey’s Kalem Agency, particularly in repressive times.

Another sentimental favorite was the choice of Paris’ Shakespeare & Company for the Bookstore of the Year award. And the room was full of pride for HarperCollins UK’s win of the Inclusivity in Publishing Award (a prize limited to UK entries)

Here’s the complete list of awards announced Tuesday, with Paul Blezard as host and a standing-room-only audience staying well into the evening to hear all the honorees named.