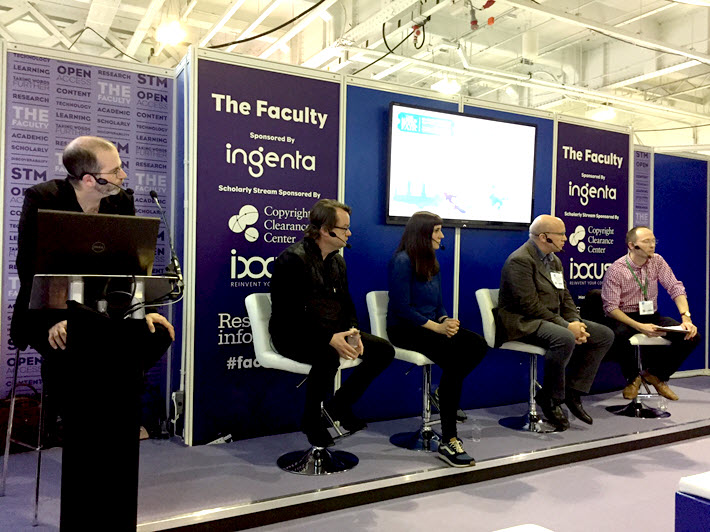 Can self-publishing find traction in scholarly publishing as it has parts of general publishing? A recent panel at London Book Fair took up the question. 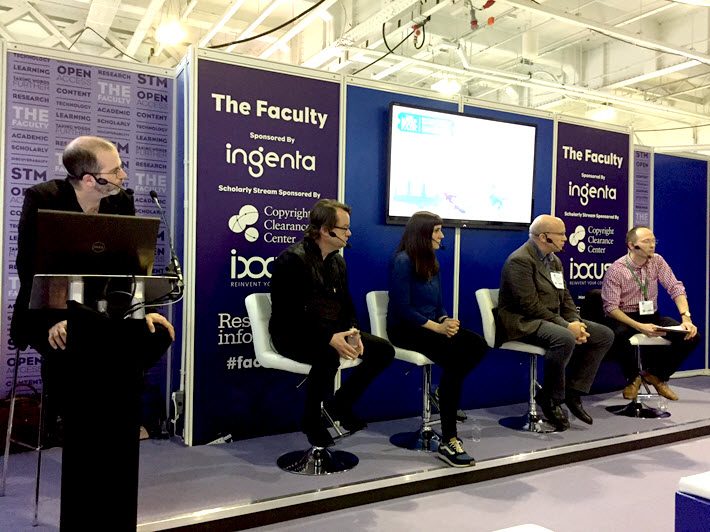 In general publishing, the entry of ebooks into the mainstream has allowed self-publishing to evolve from a last resort of the unpublishable into a viable business model for dedicated authors. And the Open Access (OA) movement has changed the traditional business model for scholarly publishers, the move from subscriptions to article processing charges (APC) shifting the cost of publication from reader to author.

Some say the tendency to view commercial and scholarly publishing as two entirely different industries can blind us to parallels between them.

Glasstree Academic Publishing is a recently introduced scholarly venture from the self-publishing platform Lulu. Glasstree’s brand promise is facilitating academic authors in self=publishing, much as non-scholarly authors might do at an indie-author platform.

This month’s London Book Fair included an Insight Symposium looking at the question, “Is There a Place for Independent Publishing in the Academic World?” The panel chaired featured two representatives of Glasstree and two more conventional scholarly publishers.

‘One of the Biggest Challenges’

One of the biggest challenges for academics is often finding a publisher at all—something completely familiar to many in the non-academic self-publishing space.Nigel Lee, Lulu

With Nigel Lee, Lulu CEO, and Glasstree vice president for publishing Daniel Berze, the conversation engaged Royal Armouries Museum publishing manager Martyn Lawrence and Rebecca Evans, who combines a role as head of innovation at Emerald Publishing with running Prolifiko, a startup “writing coach” that supports writers in their work.

The discussion opened with a consideration of what academics want from publishers.

Berze, ready with a recent survey of 25,000 academics undertaken by Glasstree, suggested that more than three quarters of academic writers responding to the survey said they wanted more control over the entire publication process, with nearly two-thirds saying they’re keen to earn more from publication.

Lawrence flagged the need for swift and frictionless publication processes that support careers, while Lulu’s Lee said one of the biggest challenges for academics is often finding a publisher at all—something completely familiar to many in the non-academic self-publishing space, of course.

‘Authors and Their Needs’

“Putting authors and their needs at the heart of what you do is what publishing is all about.”Rebecca Evans, Emerald Publishing

“Gold Open Access” is an “author pays” model. Has it prepared academic writers for a new role as consumers?

The concept was challenged from all sides.

Evans said that she sees publishers’ new focus on the author as customer as going far beyond OA: “Putting authors and their needs at the heart of what you do is what publishing is all about,” she said.

Lawrence pointed out that although the model was prevalent in STM publishing, it had gained less foothold in the humanities.

For his part, Lee said he felt that the opportunity had not yet been grasped by academics, who hadn’t recognized the amount of control now open to them.

And Berze highlighted the problems posed by the high costs of book processing charges, which opens up content to readers while simultaneously closing it off to those authors unable to afford such costs. Self-publishing, he said, offers a lower-cost alternative.

An ‘Audience Well-Known by the Author’

While the traditional large commercial publishers are unlikely to be made nervous by academics self-publishing, the new breed of smaller, OA university presses might have reasons for concern.Martyn Lawrence, Royal Armouries Museum

When asked why academics would choose to publish independently, rather than through traditional channels, Lee said that the trend is already active. Lulu, the parent company to0 Glasstree, has been publishing scholarly content for around 12 years, he said, and academic work has accounted for approximately 38 percent of the 2.2 million books they’ve published in that time.

“There’s very little value-add from a traditional publisher where the audience is well-known by the author,” Lee said, “and the channels for dissemination and distribution are well trodden. The benefits are complete control and the ability to take full benefit of the financial returns.”

Glasstree’s Berze added that control over pricing is another draw, mentioning the case of a textbook author whose revenues had quadrupled when he was able to sell his title at US$65 rather than at the US$400 price set by his original publisher.

Royal Armouries’ Lawrence was more skeptical, suggesting that royalties are generally so small in academic publishing that few academics would be driven by such a motivation.

And Emerald’s Evans pointed out that many academics tended to “stick with what they know” when making publishing decisions, too, even when faced with compelling counter-arguments and innovative solutions that some might consider to be “fundamentally better.”

Glasstree’s Berze acknowledged that this is a particular challenge with younger academics. But he asserted that their more established colleagues, increasingly familiar with traditional publishing models, were actively looking for alternatives.

As might be expected—and in a loose parallel to the “do-it-yourself stigma” question of self-publishing in general—the question of prestige provoked some strong opinions, with Berze and Lee both arguing that the prestige associated with renowned academic journals rightfully belongs to the academics who contribute to them, rather than to the publishers who appropriate that prestige in what Lee described as a “racket.”

One questioner in the symposium’s audience, an academic from University College, London, asked how the peer-review process could be accelerated.

Lawrence proposed that plenty of experiments in incentivizing reviewers are currently underway, including paying them.  Glasstree does this, Berze pointed out. Such approaches include awarding badges that reviewers can use to demonstrate their contributions to the scholarly community, an approach currently being explored by Emerald through their trial partnership with Publons.

‘Who Should Feel Threatened?’

Traditional publishers should feel threatened, since their “extortionate profits” remove money from the academic ecosystem that could have been spent on research.Daniel Berze, Glasstree

The session finished with the question, “Who should feel threatened by scholarly self-publishing?” And here, the panel divided.

Berze argued that traditional publishers should feel threatened, since their “extortionate profits”—his phrase, of course—remove money from the academic ecosystem that could have been spent on research.

Evans said she felt that the development might prompt publishers to raise their game and provide a better service to academics.

Lawrence put forward the idea that while the traditional large commercial publishers were unlikely to feel nervous, the new breed of smaller, OA university presses might have reasons for concern.

And here Lee disagreed, suggesting that “everyone can benefit” and that smaller publishers might want to partner with Glasstree to provide the services they were currently unable to offer, just as small commercial publishers have done with Lulu.

Special thanks to Anne Nolan for notes on the session and to Midas PR for assistance, as well.