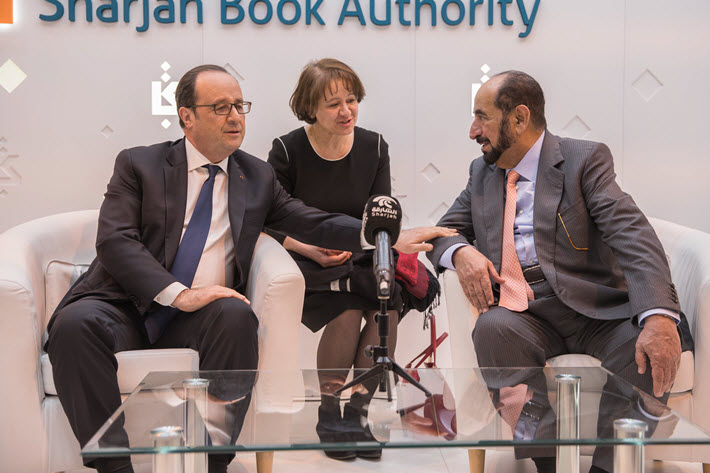 The Salon du Livre in Paris invites the UAE to be its 2018 Guest of Honor. And Penguin Random House CEO Markus Dohle cites the importance of diversity. 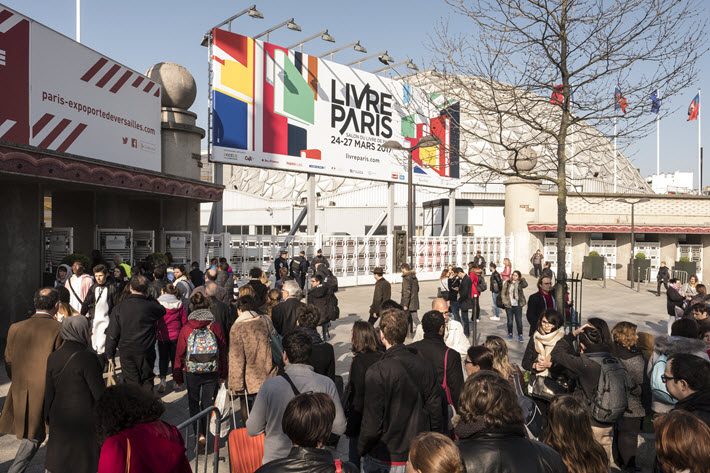 The United Arab Emirates’ third-largest emirate, Sharjah, this week has been named Guest of Honor at the 2018 Salon du Livre de Paris. Representatives of the UAE’s books industry say that a “rich Arabic cultural and literary showcase” is being planned for the French capital’s book fair.

French President François Hollande visited the Sharjah Book Authority‘s stand at Livre Paris, which concluded its run on Monday (March 27). During his visit, Hollande met with His Highness Sheikh Dr. Sultan bin Muhammad Al Qasimi and extended the invitation to Sharjah’s ruler during their conversation.

In a press statement, Sharjah Book Authority personnel note that France and the UAE have engaged in a series of steps meant “to strengthen bilateral relations by celebrating their shared passion for cultural engagement and exchange.”

These include Emirati-French programming including events in equestrian choreography dedicated to the upcoming Louvre Abu Dhabi.

Since being honored as the “cultural capital of the Arab world” in 1998 by UNESCO, Sharjah has promulgated its efforts to contextualize its central role in Arab culture, something reflected in the recent Simon Master Chairman’s Award at London Book Fair for Al Qasimi in recognition of his outstanding contribution to the publishing industry in the UAE. 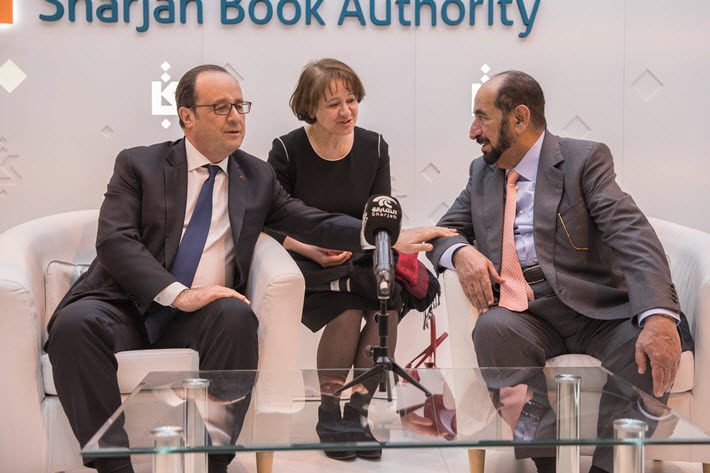 As reported to the press on Tuesday (March 28), Penguin Random House (PRH) saw lower earnings in 2015. Its parent company, Germany’s Bertelsmann, saw the publishing house take a drop in revenue of 9.6 percent in 2016 over 2015, with figures from Verlagsgruppe Random House, the wholly-owned German division, factored in. Bertelsmann owns 53 percent of PRH. Pearson owns 47 percent.

One interesting point in Dohle’s commentary is his reference to a strong “commitment to print.” The Bertelsmann earnings release mentions that in 2016, PRH “expanded its ebook offerings to more than 128,000.” And as is evident in Dohle’s statement, major publishers continue to walk a difficult line in terms of digital and print products, even as audiobook sales continue to be a bright spot. Executives are aware that print holds a powerful, almost sentimental attraction for many industry workers and readers, while the majors’ comparatively high prices for ebooks are widely seen to be contributing to their loss of digital share and the popular perception of a “print resurgence.”

Indeed, Bertelsmann’s release asserts that “Penguin Random House has a larger ebook portfolio than any other publishing group in the world.”

Bertelsmann reports that PRH “publishers had 585 print and ebook titles on The New York Times bestseller lists last year, including 101 at No. 1.” Nevertheless, the lack of a major blockbuster title in 2016 is mentioned by Dohle to have played a key part in the year’s results, despite three Pulitzer wins and the National Book Award for Fiction.

In positive trends, Bertelsmann’s report singles out growing market share in Spain for PRH Grupo Editorial, and says that “in Latin America, the business outperformed the market in a challenging macro-economic environment.”

Here are several selected parts of Dohle’s commentary to the PRH international workforce. 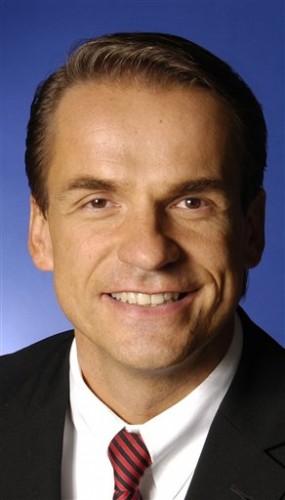 “With Bertelsmann’s announcement this morning, we have now completed the fiscal reporting from our shareholders for 2016, a year that felt challenging for all of us. Yet despite declining year-on-year sales and not having a new breakout megaseller, 2016 was successful for us financially—especially from a profitability perspective.

“For me, one of the most crucial components of our results is our wide range of initiatives directed toward preserving a vital and vibrant bookselling community.  This is demonstrated in our support of the traditional sales channels—even those under commercial pressure—as well as growing ones.  And those efforts have been further strengthened by maximizing efficiencies in our cutting-edge supply chain to make it an ever greater engine of profitability for our customers—and for us.

“Above all, we have been bolstered by our commitment to print—even when it was in decline earlier this decade—while also taking full advantage of our technological savvy to increase the reach and discoverability of our books.  Regardless of format, driving consumer demand for our authors’ works by making them more discoverable remains a leading strategic priority for us…

“Another major priority of 2016 that we are accelerating in 2017 is our drive for diversity: across retail to ensure competitive bookselling landscapes, in the content we publish and promote, and of course under our own roof.  Diversity is essential in our timeless pursuit of our larger purpose—to create the future of books and reading—as we provide an unmatched platform for a full range of voices, ideas, and opinions…

“The most important reason for our success is—and will always be—our enduring resolve to publish stories and books of the highest quality, each with a clear publishing vision for its audience…It is also reflected in the thrilling and unprecedented response around the world to our acquisition of books from former U.S. President Barack Obama and former U.S. First Lady Michelle Obama.  Each of you will be able to share in these publishing experiences through our globally coordinated publication of both books in all our territories.” 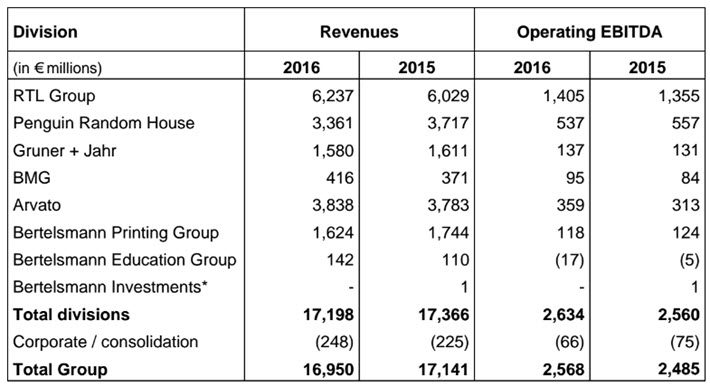 The complete report from Bertelsmann, in English, is here.