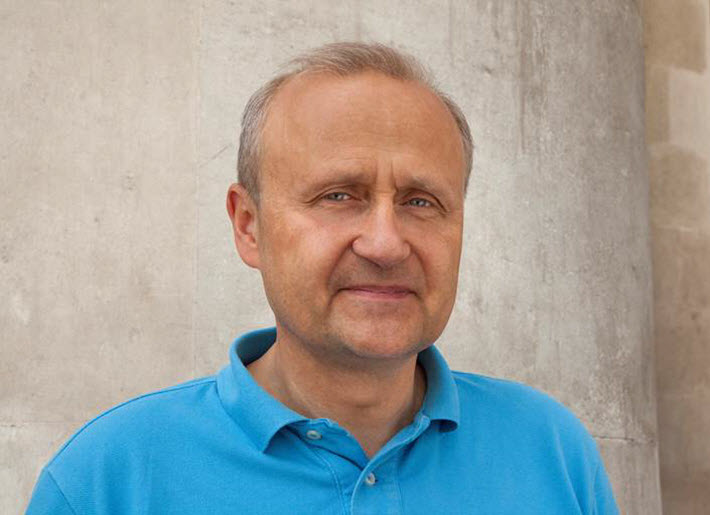 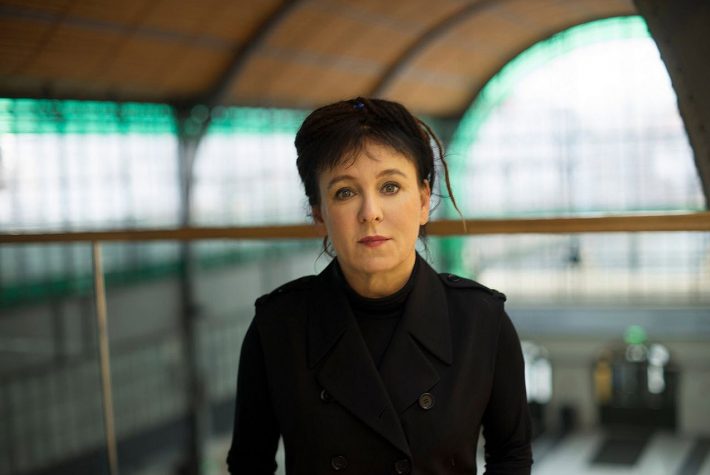 Olga Tokarczuk, the author of nine novels, is translated into 29 languages. As part of this year’s Market Focus Poland, she’s one of London Book Fair’s Authors of the Day. Image: Krzysztof Dubiel

In this year of such disturbing isolationist energy, the tradition at publishing trade shows of giving special attention to one nation is more valuable than ever. France will be Frankfurt Book Fair’s Guest of Honor in October. And at London Book Fair, some of the players we met at BookExpo last year in Chicago will join us at London Book Fair for an important emphasis on Poland’s rich literary scene. ‘Polish literature has a grand tradition,’ says Dariusz Jaworski. And we need that now.—Porter Anderson

‘We Have Interesting Stories To Tell’

For many at London Book Fair, Poland’s role as this year’s Market Focus nation will come into focus most clearly on Wednesday, when Olga Tokarczuk is the fair’s Author of the Day.

Said to be Poland’s most-translated female author, Tokarczuk will speak in the English PEN Literary Salon that day at 2:30 p.m. And on Tuesday at 11:30 a.m., she’s in conversation on the nature of Polish crime fiction with the country’s star author, Zygmunt Miłoszewski, whose Rage was recently released in English by AmazonCrossing.

Industry players who were at BookExpo America (BEA) in Chicago last year will recall the extensive programming produced by Poland as that trade show’s guest of honor. And the institute was highly assistive to Frankfurt Book Fair’s The Markets presentation of Poland in October as one of its seven key international trading regions. 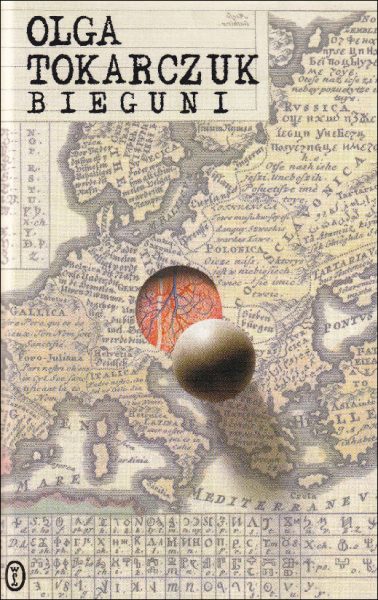 The organization behind that bright red Books From Poland branding you’ll see in London is the Polish Book Institute, a 14-year-old agency founded by Warsaw’s ministry of culture to promote Polish literature worldwide and to popularize reading and books in-country. One of the key programs of the institute is its Polish Translation Program, responsible to date for providing financial support to more than 1,800 translations of Polish books abroad.

In London, some 55 Polish publishers and industry players are expected to be on hand, capitalizing on this chance to introduce and promote the country’s leading authors.

Publishing Perspectives has spoken with Dariusz Jaworski, director of the Polish Book Institute, about why Polish literature is experiencing such increased popularity in the UK—and about how Poland’s sci-fi, fantasy, and crime novels are expanding their visibility in Western markets. 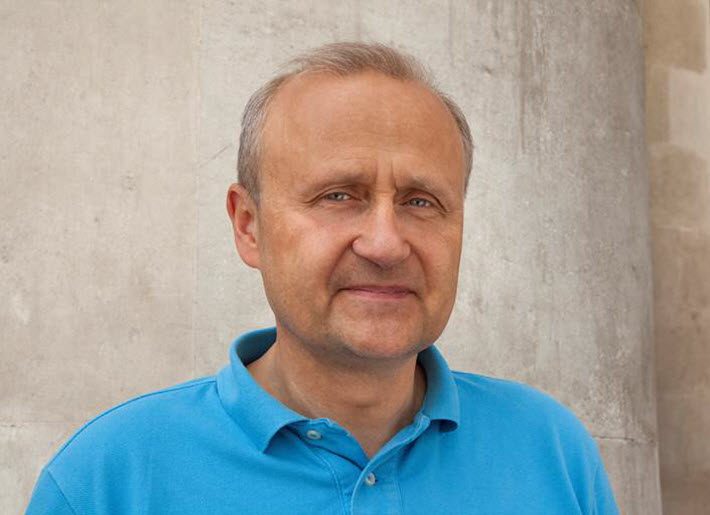 Publishing Perspectives: What seems to be making Polish literature so attractive to many readers in English-language markets?

“Poles are the second-largest ethnic minority in the UK, preceded only by the Indian minority. This is why the culture and literature generate interest, as we’ve seen in recent years.”Dariusz Jaworski

Dariusz Jaworski: Until quite recently—because 25 years [since Poland re-gained its independence] is merely one generation—few people in the UK were in touch with Poles. But political changes in our country and Poland’s accession to the European Union have resulted in an increased influx of Poles to the UK, allowing them to contribute to the local culture.

We’ve rapidly ceased to be merely anonymous migrants, and we’ve become interesting neighbors. We have many things in common: our cultural area, our intriguing background, our energy. And we also have interesting stories to tell.

All this is in the past, but we also have interesting contemporary literature, authors who have obtained some of the most prestigious literary prizes for fiction literature, such as Olga Tokarczuk, and in children’s books Aleksandra Mizielińska and Daniel Mizieliński.

PP: What are the most exportable genres of Polish literature?

“A decade ago, only three to four translations from Polish to English appeared in the UK every year. Today, it’s closer to 15 titles per year.”Dariusz Jaworski

DJ: Three genres have experienced the most dynamic development in Poland: Nonfiction; science-fiction and fantasy; and crime novels.

The past few years have brought many new authors to light, including plenty of female writers. Polish crime novels are increasingly popular in the West, as indicated by the numerous translations of works by Zygmunt Miłoszewski and Marek Krajewski, or the forthcoming translations of novels by Katarzyna Bonda.

As for science-fiction and fantasy, this work has been a leading Polish export since the times of Stanislaw Lew. The novels by Andrzej Sapkowski—who will be a special London Book Fair cross-media Author of the Day—have been published in a dozen countries. Their promotion has been facilitated by the bestselling computer game Witcher, which is based on his novels. Another sci-fi writer, Jacek Dukaj, is also well-known abroad and will be present at the fair.

And Poland’s nonfiction literature is experiencing its most creative period in history. Ryszard Kapuściński, author of The Emperor, has been joined by a number of successors, such as Artur Domosławski, who wrote his biography and will be present at the fair; Mariusz Szczygieł, who authored Gottland; a book that’s been translated into many foreign languages; and Grzegorz Górny. 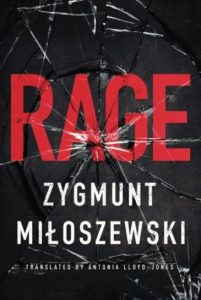 PP: Will many of Poland’s authors be present at the fair?

DJ: We’re sending 11 authors who represent a full range of genres. Of course, London Book Fair has contributed to promoting Olga Tokarczuk by selecting her Author of the Day.

Two of her works, The Books of Jacob and Runners, will soon be published by the renowned Fitzcarraldo Editions.

In the field of children’s books, Poland will be represented by Aleksandra Mizielińska and Daniel Mizieliński, authors of Maps, a book that was highlighted in The New York Times’ list of six beautiful large-format children’s books. So far, it’s been translated into 25 languages and has sold 2 million copies. 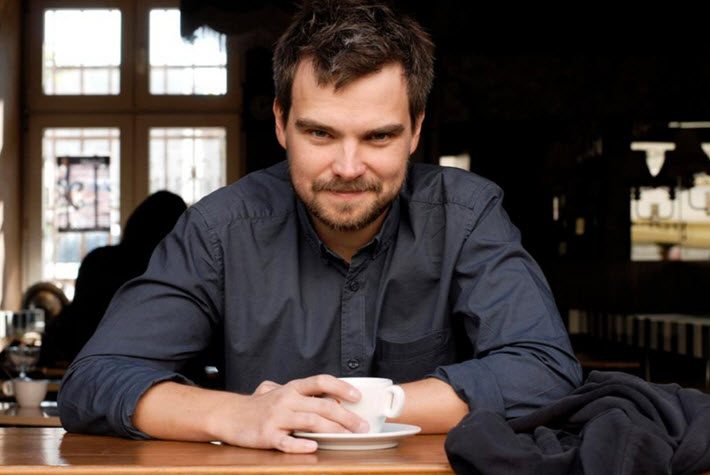 Journalist-turned-crime-novelist Zygmunt Miłoszewski is one of the star Polish authors coming to London Book Fair. ‘Many translators tend to treat their authors as if they were dead,’ he told Publishing Perspectives.

‘Connected to Our Culture and Tradition’

PP: Does the presence of many Poles in the UK play an important role in the local reception of Polish authors?

DJ: Yes, without doubt. Poles are the second-largest ethnic minority in the UK, preceded only by the Indian minority. This is why the culture and literature generate interest, as we’ve seen in recent years. A decade ago, only three to four translations from Polish to English appeared in the UK every year. Today, it’s closer to 15 titles per year.

What’s more, the roughly 1 million Poles who have left Poland for the UK are still important to us: we want them to remain connected to our culture and tradition.

PP: What events have you planned for the London Book Fair?

“The roughly 1 million Poles who have left Poland for the UK are still important to us: we want them to remain connected to our culture and tradition.”Dariusz Jaworski

DJ: Our program for March 14 to 16 comprises close to 30 events featuring Polish authors. This includes events not only at the fair, but also at the London Review Bookstore, British Library, and South Bank Centre. Polish writers will also be present at all major book festivals in the UK this year.

On March 18, during the Essex Book Festival, we’ll host a Polish day, titled “Know Your Neighbor.” It’s by no coincidence that Harlow, the place where a Polish immigrant was killed in a racist incident, was chosen to host this event.

The Polish parliament has declared 2017 the year of Joseph Conrad [nee Józef Teodor Konrad Korzeniowski], and, owing to this, the festivals will also host Polish-British events related to this author. And we want to use this opportunity to promote the works of those Polish authors who live in the UK.

Several categories of London Book Fair’s International Excellence Awards are dedicated to Polish entrants, and a busy list of 10 Insight Seminars are planned during the week to highlight Poland as LBF’s Market Focus.