From an initial 126 books, the Man Booker International Prize longlist honors 13 ‘compulsively readable and ferociously intelligent’ titles translated into English and published in the UK. 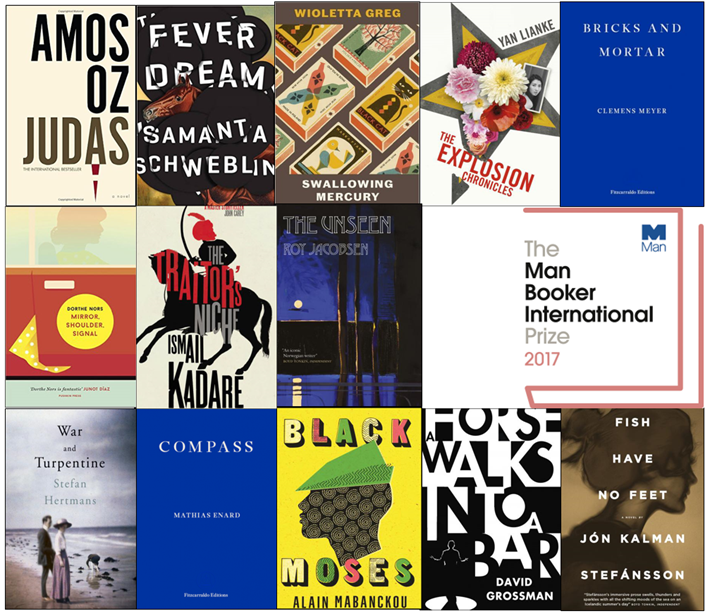 One of the best ways to get your news less attention than it deserves is to toss it to the media during a major international publishing trade show.

Several significant awards programs demonstrated this during last week’s London Book Fair, always one of our brightest bonfires of the press releases. Like moths to the flame, PR directors and publicists seem unable to resist heaving their best efforts onto that pyre of business meetings, symposia, conferences, launches, speeches, panel sessions, social events, and exhaustion.

Practically speaking, awards programs’ announcements could be a bigger boon to all concerned if released shortly before a major trade show:

Of special relevance to our own international purview here at Publishing Perspectives, of course, is the UK’s Man Booker International Prize. Its 2017 longlist was announced on March 15, the “middle day” of London Book Fair.

“From powerful depictions and shocking exposés of historical and contemporary horrors to intimate and compelling portraits of people going about their daily lives, our longlisted books are above all breathtakingly well-written.”Nick Barley

The evolution of the International Prize—which is distinct from the main Man Booker Prize—has recently accelerated the award to annual status, beginning last year. It’s given for a single work of fiction translated into English and published in the UK. Prior to last year, it was a biennial award given for an author’s full body of work.

Novels and collections of short stories are eligible for the International, as long as they’re translated into English and published in the UK.

Under this new protocol, the International has been awarded once so far, in 2016, to The Vegetarian (Portobello Books) by Han Kang, in a translation by Deborah Smith. Since the win, Smith has gone on to found Tilted Axis Press.

The initial cohort had 126 books. One of the things the Booker does best is write up each nomination well, and you can access that material by clicking on a title below.

‘Fiction in Translation is Flourishing’

One of the most striking things about the list is its genuinely wide-cast net, in international terms. The list of 13 books comprises work from 11 languages. France and Israel have two entries each. There’s one entry from Asia (China) and one from the Americas (Argentina). Alain Mabanckou was born in Congo.

Albania’s Ismail Kadare is a previous winner, having taken the first Man Booker International prize in 2005 (for the full body of his work, as the award was structured at that time).

Translation enthusiasts, of course, also follow which publishing houses are producing the most work. In the 2017 longlist, the Booker International cites Fitzcarraldo, Harvill Secker, Maclehose, and Chatto & Windus twice, each: Eight of 13 longlisted titles, in other words, are being published in the UK by four houses.

In a prepared statement, the judges’ chairman, Nick Barley, is quoted, saying, “It’s been an exceptionally strong year for translated fiction.

“Our longlist consists of books that are compulsively readable and ferociously intelligent. From powerful depictions and shocking exposés of historical and contemporary horrors to intimate and compelling portraits of people going about their daily lives, our longlisted books are above all breathtakingly well-written.

“Fiction in translation is flourishing: in these times when walls are being built, this explosion of brilliant ideas from around the world arriving into the English language feels more important than ever.”

The next stage of the Man Booker International competition, the shortlist of six books, is to be announced on April 17.

The winner is to be named on June 14 at a formal dinner at London’s Victoria & Albert Museum.