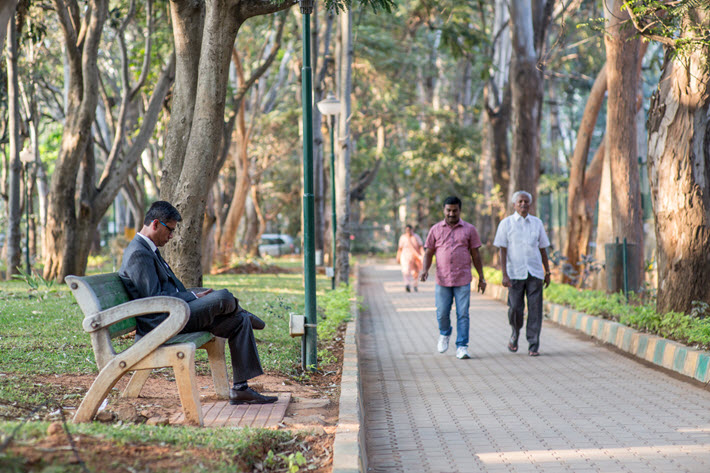 From Scroll.in: Now in need of updates and revision, the definitive reference work on the Kannada language is the 54-year effort of an aging scholar, G. Venkatasubbiah. 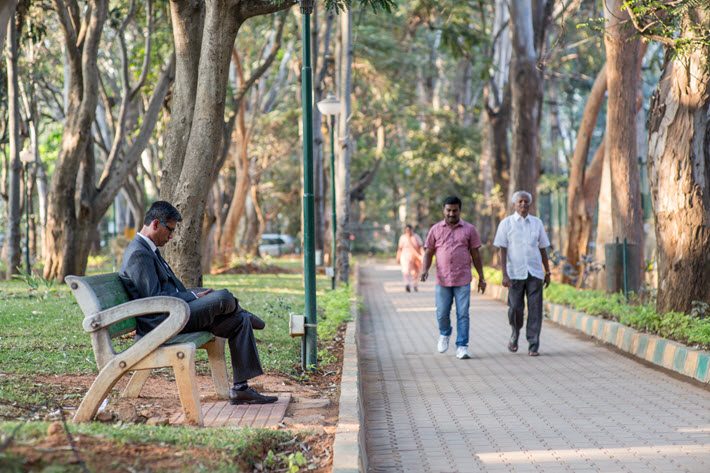 In Bangalore, capital of the Indian state of Karnataka, where Kannada is centered. Image – iStockphoto: Jedraszak

At Scroll.in, Srinath Perur, looks at Prof.Venkatasubbiah, who has produced a 9,000-page, eight-volume Kannada dictionary over the course of 54 years.

Now nearing 104 years old—he reportedly was born in August 1913—”GV,” as he’s known, is described by Perur as a “towering figure in the world of Kannada letters.”

Kannada is primarily spoken in southern India and parts of Sri Lanka, with as many as 40 million native speakers, by some reports. Kannada is also the language is the official language of India’s state of Karnataka. 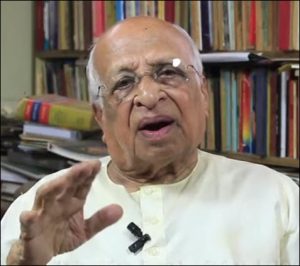 He tells Perur that discussions about the need for an authoritative Kannada dictionary began in December 1941 at the annual meeting of the Kannada Sahitya Parishat, a non-profit organization that promotes Kannada. He agreed to create the dictionary, using the Oxford English Dictionary as a model.

The committee in charge of creating the the Kannada Sahitya Parishat’s Nighanṭu (Reference or Dictionary), was headed by Prof. A.R. Krishnashastry. Since no linguistic survey had been done on Kannada, “words would have to be gathered from written sources,” Perur writes.

Eventually, 1,750 works of literature were searched for words, while appeals were made to scholars in Karnataka for assistance. One of the responding scholars was them was Venkatasubbiah, who became the project’s chief editor.

It took 10 years, Perur reports, to collect the words and another three years to arrange them in alphabetical order. Only then, could the actual writing of the dictionary start.

‘It Requires Revision and Addition’

The first volume of the dictionary was published in 1970, two years after the death of Prof. Krishnahastry. The eighth and final volume came out in 1995. Venkatasubbiah worked on all eight volumes, and was chief editor of six.

Languages though, are constantly changing, and Venkatasubbiah is concerned that the dictionary has not kept up with those changes. “It has never been updated,” he tells Perur. “It’s a first-class work, but it requires revision and addition.”

Perur writes that the dictionary hasn’t been digitized, which would make it easier both to use and to update.

“Occasionally there are assurances,” Perur writes, “that the effort will be revived—most recently from the chief minister of Karnataka on Venkatasubbiah’s 100th birthday. But nothing has come of them.

“The dictionary has made it to a second, unrevised edition. [But as] GV said, ‘It may not be printed again. It becomes old.’”

When asked if he’s working on anything new, Venkatasubbiah says, “Now, I can’t write much. I read. I have a large library with some books which I have not read, want to read. I am 104 now, so I have to spend my time.”