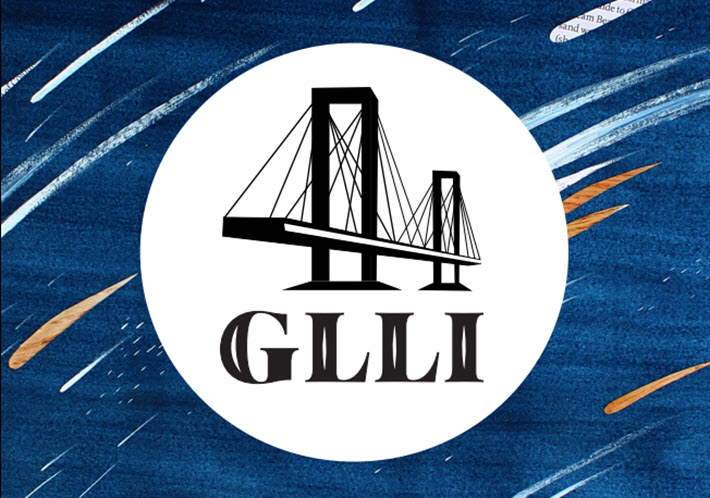 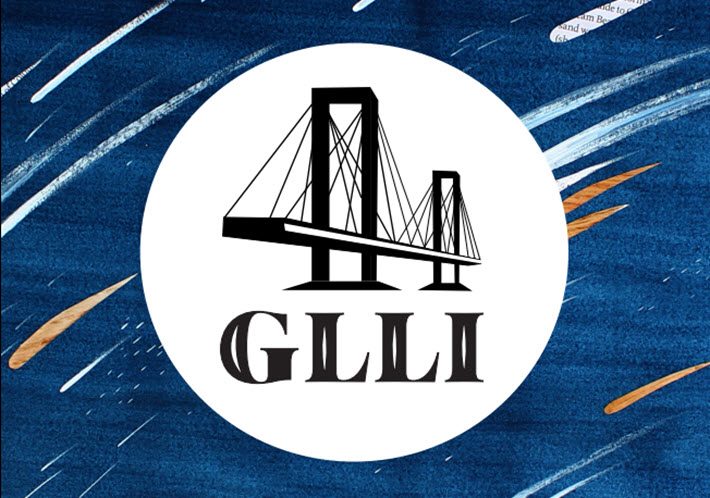 Rachel Hildebrandt is a translator. She likes bridges. You’ll see one in Berlin on her site’s home page. She studied on a Fulbright in Germany. 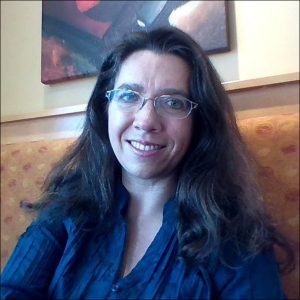 She’d like to bridge divides between translated literature and the wider readership in the English-language world.

And she’s keenly aware that today’s political context may add some timely appeal to the multicultural diversity inherent in translated titles.

Hildebrandt understands that the libraries of the United States—public libraries, academic libraries, prison libraries, and more—form one of the world’s most robust potential discovery platforms for books. And she knows, first hand, that translated literature needs readers.

She’s made the bridge—Global Literature in Libraries Initiative (GLLI)—and about a year into the project, she’s ready to find out who’d like to work with her on it. Her slogan is “Act Locally, Read Globally.” And the time has come to get some traffic onto this bridge.

“It can’t just be something that translators come up with. That might not be viable for librarians or publishers. We have to bring everybody to the table to work on some solutions.”Rachel Hildebrandt

“I’ve been a translator for years,” she tells Publishing Perspectives from her base in Spartanburg, South Carolina, “but only fairly recently have I moved into literary translation—contemporary literature, mainly, German into English. In looking at the publishing world, and out of a degree of frustration, I began thinking about how people find works in translation.

“Probably because I have a lot of friends who are librarians, it occurred to me that it would be great if we could turn librarians into allies for international literature.”

Hildebrandt posted “just a little comment” on Facebook in a translators’ forum. “About 80 comments later,” she says with a laugh, “I decided that maybe this wasn’t just a half-baked idea.”

And that’s the genesis of a project that’s now ready to begin its serious formative stage.

GLLI isn’t yet incorporated but Hildebrandt would like to set it up as a nonprofit. She has an informal advisory board of about 15 folks, she says: librarians, educators, fellow translators, and publishers. She has a small press of her own, Weyward Sisters Books, producing contemporary fiction by women authors in Germany, Austria, and Switzerland. 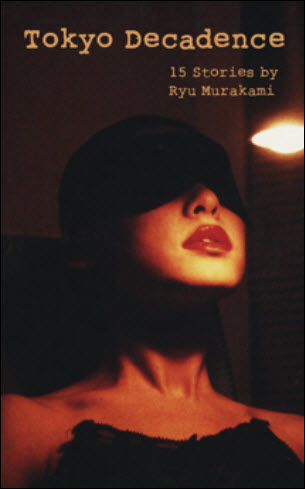 Translated fiction from the GLLI catalog from Kurodahan Press.

And Hildebrandt has had a prototypic “pan-publisher” catalog made, featuring adult fiction and poetry. It’s in PDF form, and you can download it here. In her introduction, she’s right back to those bridges, quoting Mario Vargas Llosa: “Good literature erects bridges between different peoples, and by having us enjoy, suffer, or feel surprise, unites us beneath the languages, beliefs, habits, customs, and prejudices that separate us.”

From the publishers’ side, she hears that it’s hard “to get the message” of available translated works “into the library world,” she says. She’s been in touch with Open Letter Books publisher and Three Percent translation champion Chad Post, and understands his recent commentary on how “the normal publisher that does English books and translations will tend to ghettoize the translations.”

And on the library side, of course, librarians are well understood to be struggling with the plethora of content today and the speed of the digital transformation in their work. But the interest is definitely there, she’s finding, even among these overworked professionals: they want a better handle on translated work and how to go about offering it to patrons in an efficient, effective way. 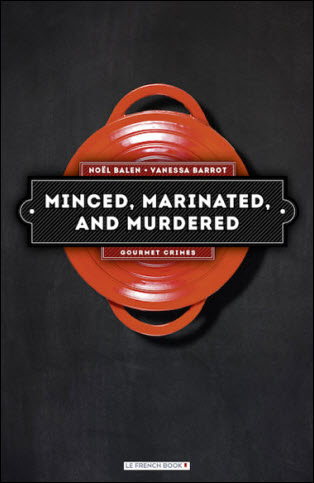 Translated fiction from the GLLI catalog from Le French Book.

When she gave a “conversation starter” session at the American Library Association‘s (ALA) Annual Meeting last June in Orlando—a seminar called “Other People’s Voices: Using Global Literature in Translation to Re-Imagine Diversity in Libraries”—she found some 40 librarians in the audience to hear her, Rutgers University’s Marc Aronson, and children’s literature consultant Doris Gebel talk about “how we can increase the general visibility of international works in English translation and specifically the diversity that’s embedded in these books and the perspectives they present.”

This summer, Hildebrandt will be back at the ALA’s Annual Meeting in Chicago in round tables and as a presenter. Here’s one session for June 24 that ALA members can read about now: “The World at Your Fingertips: How to Use Global Literature in Translation in Library Programs.” Hildebrandt is outspoken about the warm reception she’s getting from both ALA members and its leadership.

And as an interesting aside—and with no criticism of ALA meant here—the dropdown of myriad session subjects at ALA’s major summer and winter meetings has no subject category specifically for “translation” or “languages” or even “foreign literature.” There are “international issues,” not a bad place to start, and subject areas related to multiculturalism and diversity, of course. 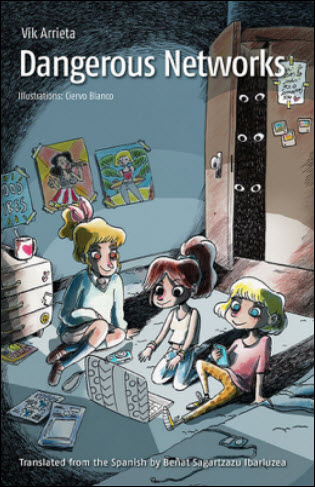 Translated fiction from the GLLI catalog from Owl Canyon Press.

And any exposure of translated literature, of course. assists in the international campaign to be sure that references to translated material always #NameTheTranslator so that proper credit accrues not only to authors but also to the translators who can “bring the world to readers,” as Hildebrandt likes to put it.  (GLLI’s Twitter handle is @GlobalLitinLibs.)

As Hildebrandt works her way into the vast network of library services and interests—”My background is as a historian, so I work synthetically, I like to pull together bits and pieces of things”—her intent remains clearly focused on what librarians need to find, follow and offer translated literature.

“There’s all sorts of resources out there on world literature,” she says. “But they’re in lots of different places. And librarians, who are some of the most overworked and well-meaning professionals in this country, simply don’t have the time to troll world literature today. That’s just way too much. 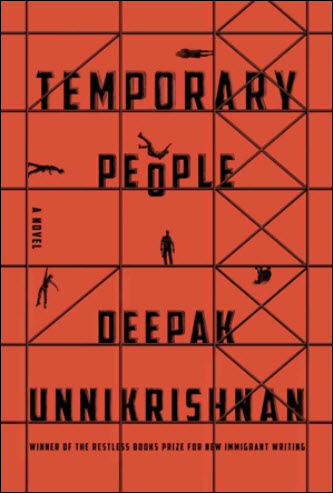 Translated fiction from the GLLI catalog from Restless Books.

“So we we’d create a nexus that people can go to, a Web site, where librarians can go and find publishers there, or journals there. all in one place.”

One feature the GLLI site offers now is a Blog page which has a monthly focus on a language and its literature issues in translation. February just focused on Chinese, for example. This month will focus on French literature. “And in another month this year,” Hildebrandt says, “we want to focus on indigenous languages in North America. A lot of people aren’t aware of the fact that people are writing in those languages, and those become translated works.”

Publishers of translated work will immediately see the value in this. They, too, need a coherent, attractive channel into the far-flung US library system, among the biggest concentrations of English-language readers in the world.

An ALA Fact Sheet stat: There are 119,487 libraries of all kinds in the States. Any translations publisher not charged up at the idea of reaching even a fraction of the American library patrons probably isn’t paying attention.

“We want to increase the visibility of international works in English translation so that more readers can enjoy the amazing diversity in these books and the perspectives they present.

“And we would like to do this by increasing cooperation between literary translators, international literature advocates, and librarians, who are already experts at guiding readers to new titles.

“Whether you are a children’s librarian or a YA blogger, a rural library director or a librarian at a large urban school with a diverse student population, we wish to be involved in your efforts to encourage readers to explore beyond the boundaries of their own culture and language.”

And Hildebrandt is inviting the readership of Publishing Perspectives to use the GLLI site’s Contact page and be in touch if they’re interested in working with the initiative. She’d like to hear from publishers, librarians, library journals, her fellow translators, educators—anyone who’d like to join this new exploration of what connections might be made between library patrons and translated literature. 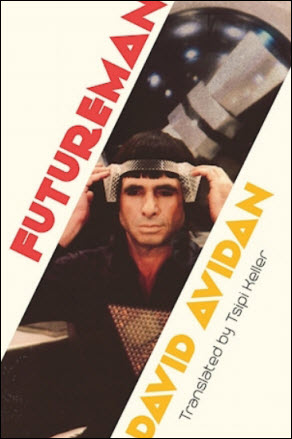 Translated fiction from the GLLI catalog from Phoneme Media.

It’s time to formalize the effort, she says, based on the kind of response she’s getting.

“I was able to connect,” she says, “with the Office of Intellectual Freedom,” a division of the American Libraries Association that advocates for banned books.

“We’re going to partner with them in their Banned Books Readout” in which readers deliver texts from banned books. With so many translators coming to the ALA Annual Conference in June, Hildebrandt says, she’s going to organize bilingual readings of such banned works. “We’ll provide about 15 titles for them to feature,” she says. “A few classics, some Solzhenitsyn, some Thomas Mann, and then some contemporary works, as well.”

And it’s through steps of that kind that Hildebrandt is looking to move forward.

“It can’t just be something that translators come up with. That might not be viable for librarians or publishers. We have to bring everybody to the table,” she says, “to work on some solutions.”