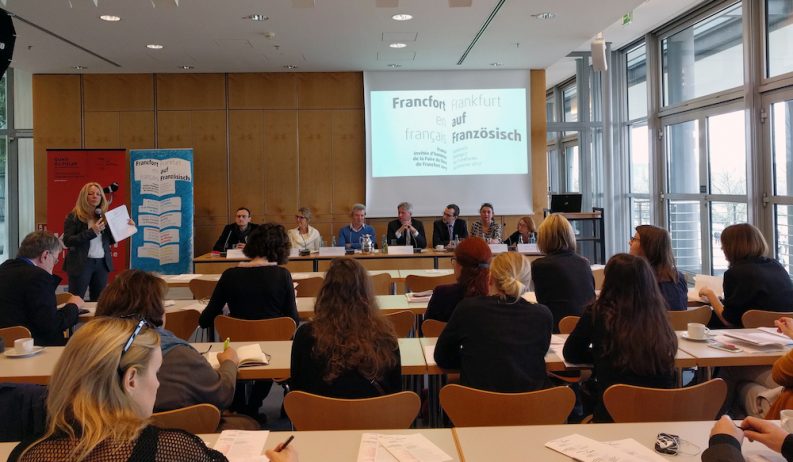 At the Leipzig Book Fair, France presented more names of authors who will take part in the Frankfurt auf Französisch program. 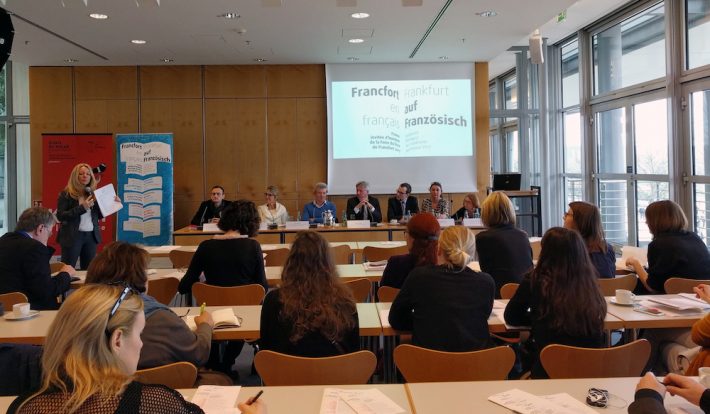 During a press conference at the Leipzig Book Fair, more details were given about France’s Guest of Honor program at the Frankfurt Book Fair 2017

At a press conference during the Leipzig Book Fair this week, the organizers of France’s Guest of Honor program at the upcoming Frankfurt Book Fair presented more details about how they will showcase French literature and culture in October, as well as an updated list of authors invited to Frankfurt.

Boos and de Sinety have announced a newly added round of names to the list of French-speaking authors slated to participate in France’s Guest of Honor program, which is named Francfort en français / Frankfurt auf Französisch.

Nobel Prize winner Jean-Marie Gustave Le Clézio is on the list of authors participating in France’s Guest of Honor program at the Frankfurt Book Fair.

In a prepared statement, Boos is quoted, saying, “French-speaking contemporary literature has many origins. In a few months, we will welcome authors to Frankfurt, authors who call different parts of the world their home.

“They were born in Europe, the Middle East, North Africa, and North America. However, they all have found their ‘intellectual home’ in the French language.

“At Frankfurter Buchmesse we will take part in a vivid exchange that will move beyond borders.”

And speaking for the extensive cultural program that France is devising for October, de Sinety is quoted, saying, “With a strong representation of crime writers in Leipzig, numerous authors who have been invited to Germany—and with this announcement of more writers who will be present at Frankfurter Buchmesse—we present our whole literary spectrum to the German public.

“I’m happy about current discussions on children’s books, graphic novels, humanities, poetry and literature, and I’m looking forward to those to come.”

A previous announcement of Francophone authors for the program is covered by Publishing Perspectives here.

Overall, the France Guest of Honor program will see more than 450 events staged during the year, featuring a total of more than 75 authors. One event, an authors’ ‘Tour d’Allemagne,’ starts in Dusseldorf where the Tour de France begins.

More information is coming on the French program for Frankfurt.