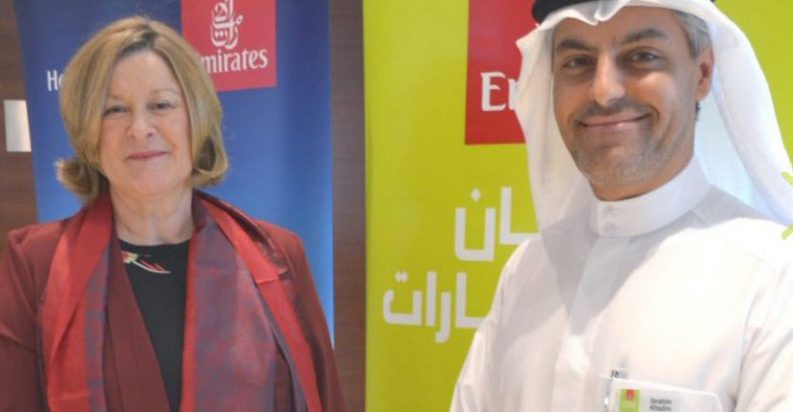 With programming for adult and children’s markets, the nine-day Emirate Airline festival in Dubai faces both the Arab world and internationalism.

Ahead of next week’s London Book Fair, Dubai’s Emirates Airline Festival of Literature is underway. With such events as Rana Nejem’s ‘When in the Arab World: A Lunch That Means Business’ and Emily Grossman’s ‘Why Science Needs People Who Cry,’ this gathering’s mix of business culture, social commentary, books, and Gulf regional identity embraces a wide range of issues—and in the past, it has drawn political criticism, as well, as referenced in Danuta Kean’s recent write-up at The Guardian.—Porter Anderson

‘Challenges the World Is Facing’

The 10th edition of the Emirates Airline Festival of Literature has opened in Dubai, and runs through Saturday (March 11).

With some 40,000 visitors each year, the festival is among the Middle East’s largest events built around the written and spoken word, bringing people together with an international roster of authors to promote education, debate, and the benefits of reading and writing.

A part of the United Arab Emirates’ “Month of Reading” activities, the festival is an opportunity for UAE nationals, residents, and visitors to meet international authors, attend literary debates, listen to readings, and participate in workshops. Writing competitions and an inter-school quiz are among the educational highlights for younger visitors.

The 2016 festival welcomed 170 writers and speakers from 35 countries. It featured more than 200 sessions and events.

The 2017 edition of the festival expects to feature 180 authors, 70 of them from the Arab world and 40 from the UAE. There are more than 50 sessions dedicated to children’s reading, and more than 250 sessions overall on the schedule’s main program.  Under the direction of Isobel Abulhoul and deputy director Ibrahim Khadim, the festival’s topical emphases are listed as “peace, tolerance and happiness,” which—as press material says—means that “We will examine the political, economic, technological and environmental challenges the world is facing.” 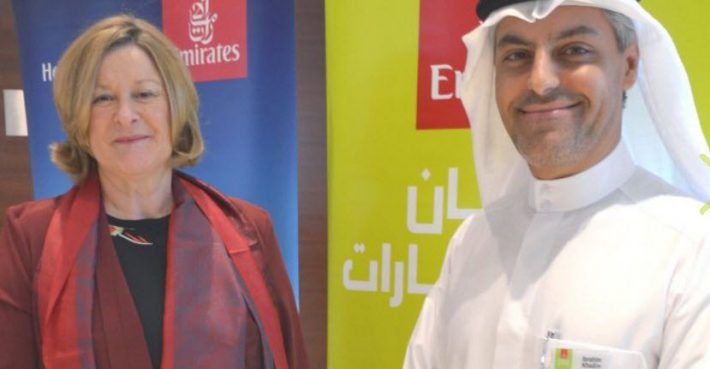 Some of the international authors who will be attending include Jeffery Archer; crime novelist Kathy Reichs; Ernest Hemingway’s grandson John Hemingway; Lucy Hawking, daughter of physicist Stephen Hawking who co-authored a science-fiction book for children with her father; and author Jo Marchant.

The The Times of India reports that among Arab authors in attendance are Saudi novelist Badriah Al Bishr; journalist Izzeldin Abuelaish; and Egyptian writer and journalist Ibrahim Farghali.

A key part of the producing foundation’s initiatives, according to media material, includes “showcasing international and regional writing talents through activities at the Dubai International Writers’ Center, a year-round program of events in Arabic and English.”

Produced in partnership with the Dubai Culture & Arts Authority, the emirate’s authority for culture, arts, and heritage, the festival has included a Dubai International Publishing Conference on Sunday and Monday (March 5 and 6) this week.