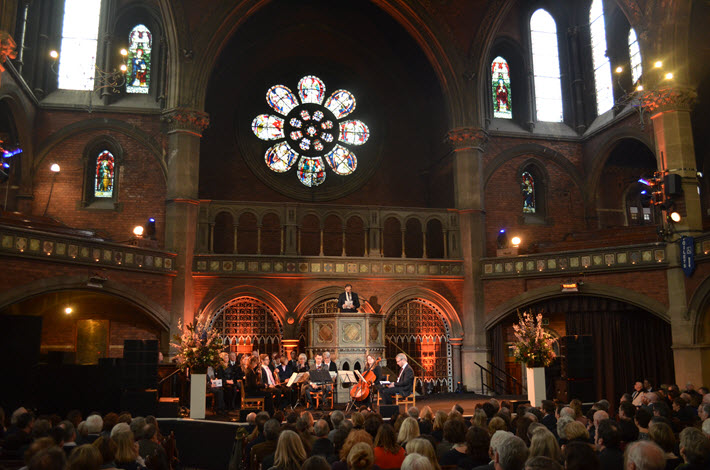 Earlier this week, we had news of the first winner, Sam Coates, of the Deborah Rogers Foundation’s bursary, now named for the late David Miller. Today, a report from Sunday’s memorial service for Miller, a respected and much-loved publishing community member. He suffered a heart attack on Christmas Eve and died December 30.—Porter Anderson

‘For Him, It Was About the Authors and the Books’ 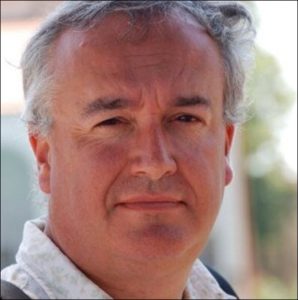 The international respect and affection for agent David Miller of UK agency Rogers Coleridge & White (RCW), who died at age 50 in December, was in evidence at the celebration of his life held Sunday (March 12) at Union Chapel in north London’s Islington.

Fløtaker and David were among 11 speakers at the smoothly devised service, organized by Miller’s RCW colleague Peter Robinson.

Fløtaker recalled a trip that she and Miller had made to the Colin Archer Museum in Larvik—dedicated to the Norwegian boat designer—as part of Miller’s research for his novel, Today (Atlantic Books, 2011), about Joseph Conrad’s son, John, and the death of his famous father.

“During that trip,” Fløtaker said, “he loved looking through Norwegian authors in bookshops and his enthusiasm for Karl Ove Knausgård was so great that many people thought he was his agent.  He was the best and most loyal of companions.” 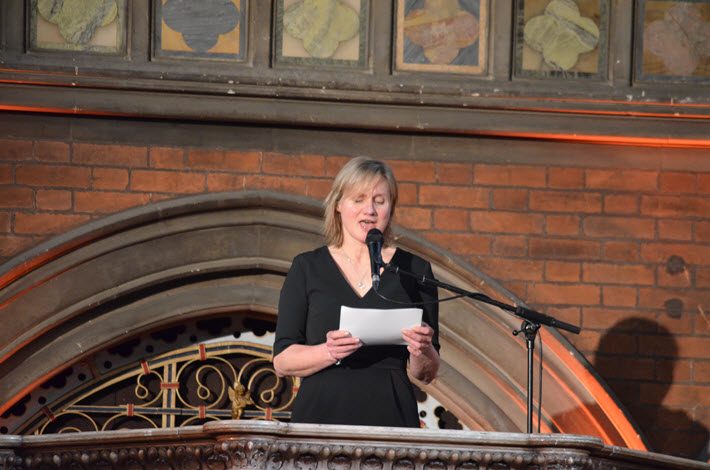 ‘A Love of Frankfurt’

“For him it was about the authors and the books.  He had boundless curiosity and if he found an author he liked, he would buy countless copies of their books for people.”Peter Straus on David Miller

Martijn David began his tribute by saying “Two hundred and ten,” which mystified people before he quickly explained that this was how many days remained on Sunday until the 2017 Frankfurt Book Fair, October 11 to 15.

“David and I shared a love of Frankfurt,” Martijn David told the assembly, “and he would begin planning his famous Frankfurt dinners months in advance.  Thanks to David–and many hours at Gleis 25 [Track 25], the 24-hour bar behind the station–he introduced me to people from all over the world.”

Peter Straus, managing director of RCW, spoke of how, for Miller, “Negotiating was the beginning of a long, publishing cycle.

“He was without ego,” Straus said. “For him it was about the authors and the books.  He had boundless curiosity and if he found an author he liked, he would buy countless copies of their books for people.”

Writers at the service included Max Porter (Grief Is the Thing With Feathers, Faber & Faber, 2015), whom Miller championed when Porter was a bookseller at London’s Daunt Books.

Hislop recalled Miller’s “terrible timekeeping,” but also his generosity, which included, the last time they met, she said, “practical things, like paper and paperclips from Norway, but also some postcards of pictures by Norwegian artists.”

“I’ve always thought that David’s work on John Conrad grew out of his love for his own sons, Freddie and Billy.”Keith Carabine on David Miller

The most amusing—and the most moving—tribute came from Keith Carabine, former chair of the UK’s Joseph Conrad Society.

“We first met at one of our annual conferences,” Carabine recalled, “when someone was giving a paper on the possible homoerotic relationship between Kurtz and Marlow in Heart of Darkness.

“David wanted to know who the speaker was and I said it was an earnest young man from Kansas.

“He immediately said that ‘an earnest young man from Kansas’ sounded like the beginning of a limerick, and we spent the rest of the talk in giggles, the only trouble being that we couldn’t find a rhyme for ‘Kansas.’ David suggested that given the subject of the talk, ‘half-ass’ might do.”

An extract of Miller’s novel was printed in the tribute’s order of service.

With many of Poland’s key publishers and authors in London for this week’s Market Focus Poland at London Book Fair, it was fitting and poignant that so much of this celebration concerned Miller’s work on the great Polish-British writer Joseph Conrad, born Józef Teodor Konrad Korzeniowski.

“I’ve always thought that David’s work on John Conrad,” Carabine said, “grew out of his love for his own sons, Freddie and Billy.  John Conrad gave an interview to the BBC in 1947 in which he said he never thought of his father as ‘Joseph Conrad,’ the writer, but more as an incomparable friend and companion.

“Today, the boys can know just what the world thought of their own wonderful father.” 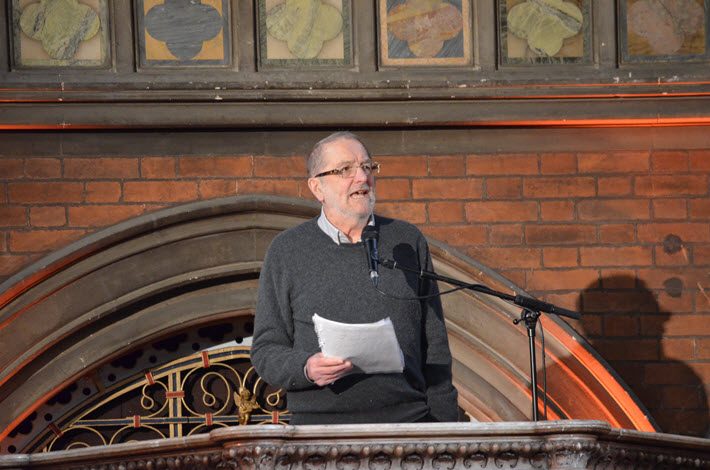