Ten contemporary titles in French translated to English are in the first of two rounds of reader voting for the new Albertine Prize. A winner is to be named on June 6. 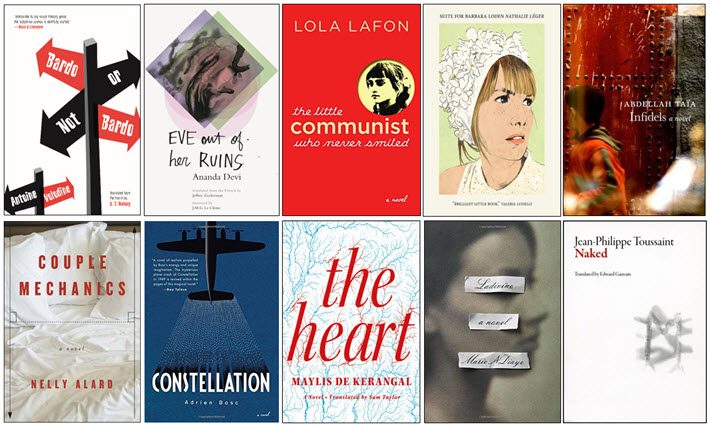 Albertine, the French bookshop in New York presented by the cultural services division of the French Embassy, has announced a new award program in association with Van Cleef & Arpels. Additional support is being provided by Air France, BookWitty, Pommery, Ladurée, and La Rêveuse.

The Albertine Prize has been devised to honor “American readers’ favorite contemporary Francophone literature” and to promote discovery of new literary voices translated and published in the States in the past year.

The prize is to be chosen in two rounds of reader voting.

In the first round of voting—when all 10 initial titles are up for readers’ consideration—the deadline to cast a vote is April 14.

The winner of the competition is to be announced on June 6 by author-translator Lydia Davis and French critic and media host François Busnel.

In order for a vote to be registered, it must be cast in the United States at Albertine.com, and prepared information on the site indicates that voting readers are not required to read all 10 books.