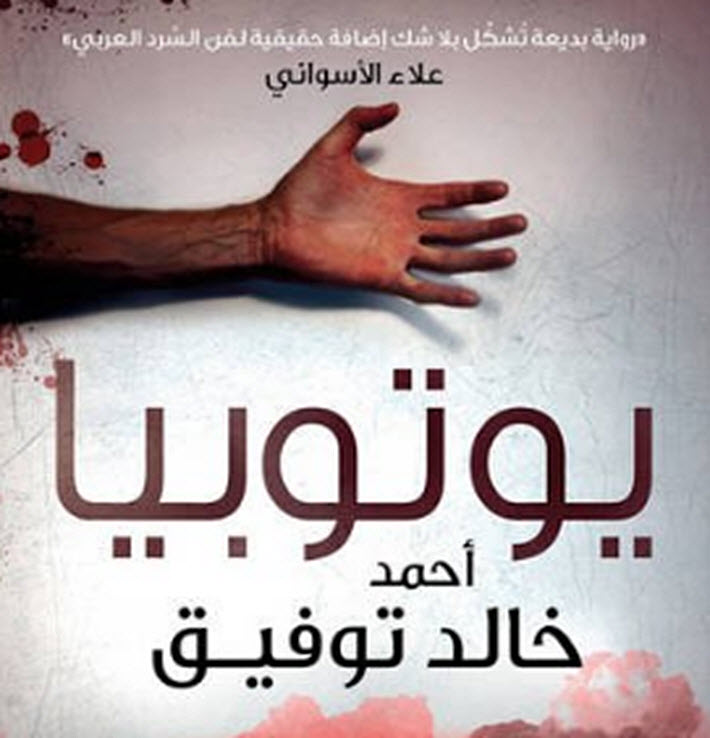 Better times are ahead, says writer Ahmed Khaled Towfik, who recently appeared at Dubai’s festival: the Arab world is readier for science fiction, he says. 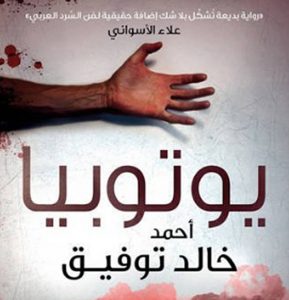 A detail from the cover of Ahmed Khaled Towfik’s ‘Utopia.’

At The National, Hala Khalaf asserts that “Arab readers don’t like sci-fi novels, according to one of the niche genre’s biggest names, Ahmed Khaled Towfik.”

If there is such a bias in place, it might have to do with the fact that Towfik is reportedly the Arab world’s first author to write horror and sci-fi suspense.

Towfik, who was scheduled for an appearance at the Emirates Airline Festival of Literature in Dubai, counts Like Icarus as his latest title.

And Khalaf writes of Towfik’s ideas as to why science fiction doesn’t seem to have more traction among Arab readers. Khalaf quotes him saying: 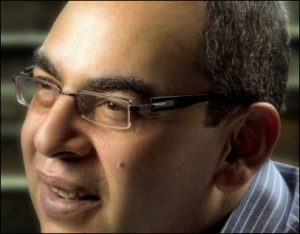 “The Arab reader likes books that provide social commentary, or romance or drama, or a mild form of philosophy. And of course politics—we love books that combine romance and drama and politics.

“Stories that lean on science or on technology appear as texts or information books to us in the Arab world, and we believe they won’t provide escapism. We have the imagination as a reader, but it’s just not yet developed enough to embrace science fiction and fantasy, or a plot that is weighted in gloom and horror.”

He says older readers are still attracted to “facts or truths rather than imagination, because this defines us as Arabs, it is part of who we are,’ culture-wise.” But on the other hand, he says he believes that young adults are ready for these kinds of books.

“The older generation,” he tells Khalaf, “is too concerned with their own problems; they want to read books that mirror their economic and historical problems. Young people, however, appreciate the connections between art, the imagination and technology. They can grasp a sci-fi theme.”

Towfik says he’s particularly excited that the film version of his critically acclaimed 2008 dystopian novel Utopia is being made into an Arabic language film, partly shot in the United Arab Emirates.

“I think the UAE in particular is more ready to embrace science fiction than anywhere else,” he’s quoted as saying. “It’s a land of youth, a land of technology, a land crossing boundaries into space. I’m amazed by the people of the UAE; they are ready for the new and the different. The future is looking good for science fiction and it will continue to improve in the Arab world, and probably first and foremost in the Emirates.”

Hala Khalaf’s full article for The National is here.