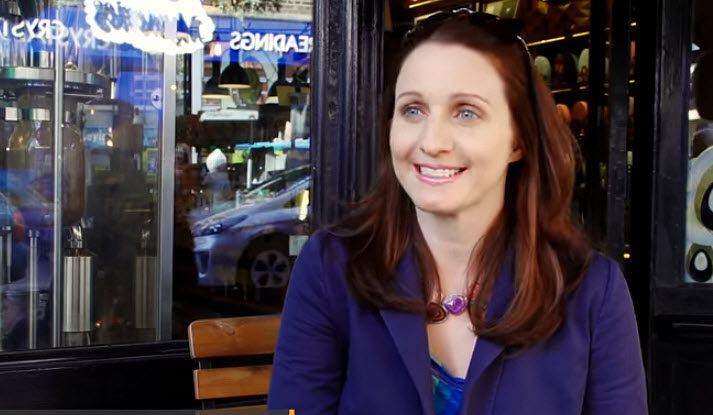 Joanna Penn—known as The Creative Penn in the self-publishing community—takes a step made by many strong self-publishers: launching a small press. 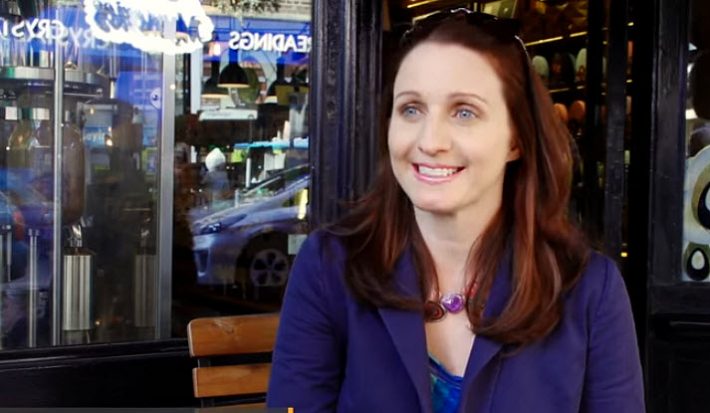 It has surprised some in the indie author community that, Joanna Penn, long an outspoken icon of self-publishing in the UK market, has announced herself to now be a publisher—at least of her own work.

In a blog post, Penn has announced her launch of Curl Up Press. And as she enjoys pointing out these days, it’s an action that might seem to some who follow her to be counter to some of her sternest stances. In the past, for example, she’s declared “I don’t use ISBNs for any of my publishing.” Now, things have changed, as she’s explaining to readers.

The irony is hardly lost on her. “The outsider becomes the mainstream,” she writes in her announcement mentioning other indies—Liliana Hart, Marie Force, Sean Platt, Johnny B. Truant, and David Wright—who have created publishing operations, some of them publishing other authors. At the outset, Curl Up is not open to submission: it’s a bespoke business structure to house Penn’s own work.

For years, Penn’s site, The Creative Penn, has been a go-to resource for indie authors—and a place traditional publishing people look in on from time to time, to get a read on the emotional temperature of the indie sector. She has been more successful than many authors in monetizing her online presence with podcast support at times from sponsors including Kobo and donations through Patreon from readers.

Penn has said on several occasions that motivational speaking is one of her main interests, and her quick laughter and upbeat demeanor in podcasts and speaking engagements has been a hallmark of her persona in the indie community she championed. Her main podium, her site, is a place in which she takes the traditional how-to blogger’s approach of telling readers how she was doing and what she was learning with her own books and business, complete with regular goal-setting and results reports. 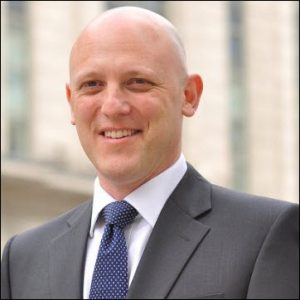 Having self-published her first nonfiction book in 2008, Penn now counts 21 books, both fiction and nonfiction (action adventure thrillers, is her classification). All told, she reports selling more than 500,000 copies in 84 countries and five languages.

Today based in the West Country, in Bath, she left a business-consulting job in 2011 and four years later hired her husband from a corporate position to work with her. Jonathan Bleier, who is taking a degree in intellectual property law, is now rights director for the new Curl Up Press.

Penn is an evolving example of a personality in the publishing industry developed by the rise of indie publishing: She’s a New York Times and USA Today bestselling author who probably is better known as a leading figure in the English-language indie community than as a writer. Her fellow authors speak of how generous she is when they need advice, and she’s been a dependable stalwart of the Alliance of Independent Authors founded by Orna Ross at London Book Fair in 2012.

When Publishing Perspectives put some questions to Penn about this new turn in her career, she responded with her trademark wry humor, enjoying wearing a new publisher’s hat. We started by asking how she’d like the press to be known.

‘Books You Want To Stay In For’

Publishing Perspectives: If we were having coffee in five years and overheard a couple of publishing people talking about Curl Up, how would you like them to be referring to Curl Up’s output? 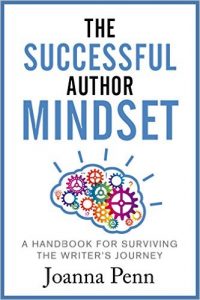 Joanna Penn: Curl Up Press’ tagline line is “Books You Want To Stay In For”—as we’re both (she and her husband) introverts who like reading, this seemed appropriate, and it also reflects what we want to publish. It will be genre fiction—thrillers, romance, and self-help non-fiction, i.e. me. In five years’ time, I’d want Curl Up to be recognized as a place to get those types of genre books, but as below, we do have other plans.

PP: Do you think of yourself as an international house or all-UK?

JP: Not UK-only, but certainly English-language-only—publishing globally in English and licensing foreign rights and other rights.

PP: Will Curl Up be at London Book Fair (LBF) next month?

JP: Yes, Jonathan Bleier will be attending LBF on behalf of Curl Up Press, but this year, he’ll likely be finding his feet. We’ll also be at Frankfurt Book Fair. The aim will be to start by licensing rights for J.F. Penn [her pen name in fiction] and Joanna Penn, plus a new author brand (sweet romance) we’ll have by Frankfurt. 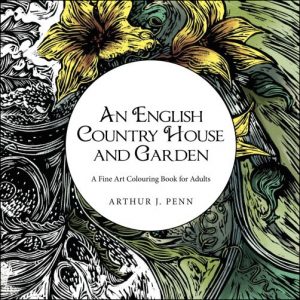 PP: How natural an outcome of the work you’ve done with your dad’s, Arthur J. Penn, and others’ books is this development of setting up Curl Up? Has this been an idea in the back of your mind for some time?

JP: It started as a thought after co-writing Risen Gods with J.Thorn and then having to split royalties and get more serious about reporting. 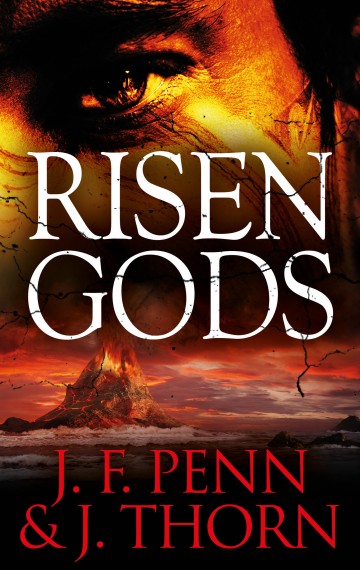 I have more co-writing in the mix for 2017, so it makes sense to put books under an imprint. Also, The Creative Penn Ltd. is now a multi-six-figure business so we needed to put more structure and contracts in place to protect the creative side and grow the business in a sustainable way.

Curl Up Press will be applying to join IPG (the Independent Publishers Guild) in the next few months.

PP: One thing many authors and agents will applaud about Curl Up Press is a one-year renewable limited term of license. Do you have any sense for whether progress is being made more widely in the UK regarding limited-term licensing for authors’ work?

JP: It would be great to hear that publishers are doing limited term licensing in the UK, but it seems more common in Europe.

PP: Regarding the ISBN issue, you explain in your announcement post that “if you want to get your print book in front of bookstores, libraries, and other bastions of the traditional book industry, then you do need your own set of ISBNs.” Will Curl Up Press also use ISBNs for digital editions of books?

JP: It’s primarily print since that’s the market that requires them. I haven’t retroactively fitted ISBNs to the other books—and may not use them for ebook versions. I have just used two for audiobooks with AuthorsRepublic, though, so I may use them for audio going forward.

And to be clear, 90 percent of my book sales income is ebooks—so that will still go unmeasured in industry reports [because major online retailers don’t report digital sales].

PP:  Is there a timeline in your mind for when and how much you’d like to open the press up to people who’d like to submit to publish with you? 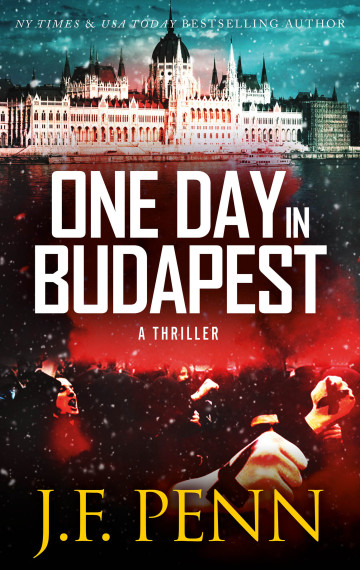 JP: I can’t see Curl Up Press as it is opening up to new authors while I’m running it. It may be that in a few years, we appoint someone to run it as a publishing company—as Dean Wesley Smith and Kristine Kathryn Rusch have done with WMG Publishing—but I’m still an author first, and publisher as a tiny part of my day. I’ll still be writing.

This is not a publishing company open for submissions. This is a more structured way of doing print publishing for my own books. It’s not a new thing—lots of indies do it…It’s more likely that we’ll expand into rights licensing and work with successful indie authors to expand their markets.

PP:  How much more of this—prominent indie authors becoming publishers of others—do you anticipate seeing?

JP: As I mentioned in the article, the outsider becomes the mainstream eventually in any industry. Indie authors who are making serious money have to structure their business to protect that and ensure sustainable growth while still enabling creative freedom.

I realized at the end of 2016 that I was more than “an indie author” and needed a more official side for the print market, which I’d been largely ignoring. Not all indies will move into this small-press model, just like all self-publishers don’t become career indies. But it’s right for us, given that I spent 13 years as a business consultant.

PP: What if other authors wanted to contribute funds, basically becoming partners or members or shareholders in Curl Up? Could it move toward that elusive “authors collective” that many of us keep watching to see develop? 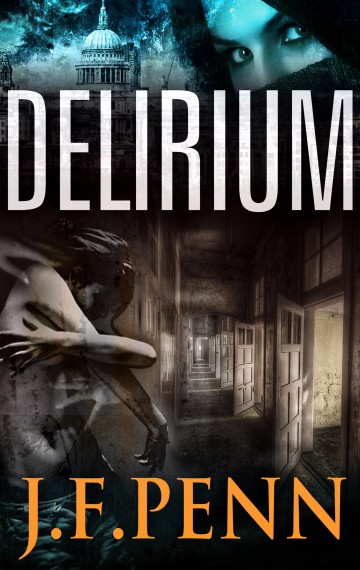 JP: We have already been offered funding by successful indie authors interested in the business, which we have turned down for now.

I’d never run an author collective, though, I’m more of a lone wolf. But The Creative Penn is a limited company with shareholders and that could be a model for growth later. However, we’ve bootstrapped this so far and are doing well. So we have a 10-year plan for the next step. There’s no rush!

It’s important to stress that many indie authors use a small-press name from Day One. I didn’t see the need as I was digitally focused, but now I am getting more serious about print and going beyond CreateSpace. [She is using IngramSpark as well as CreateSpace.]

Readers are requesting hardback collectables and we’re looking at some premium print products, so this move made sense. However, I know plenty of indies making far more money from books than me who are successful without ISBNs, without a small press imprint, so it’s certainly not necessary.

The great thing about being an independent is choosing your own path.