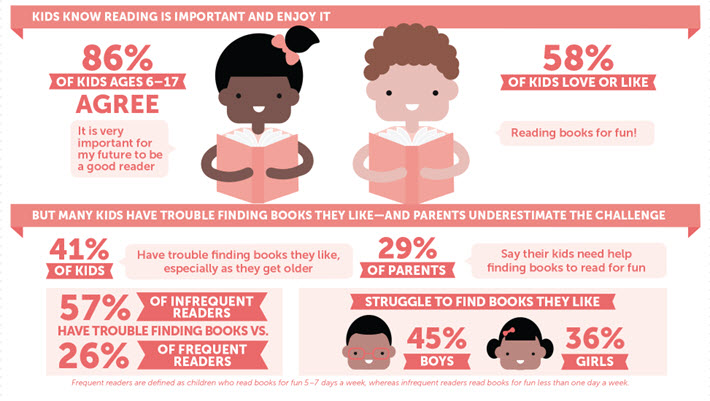 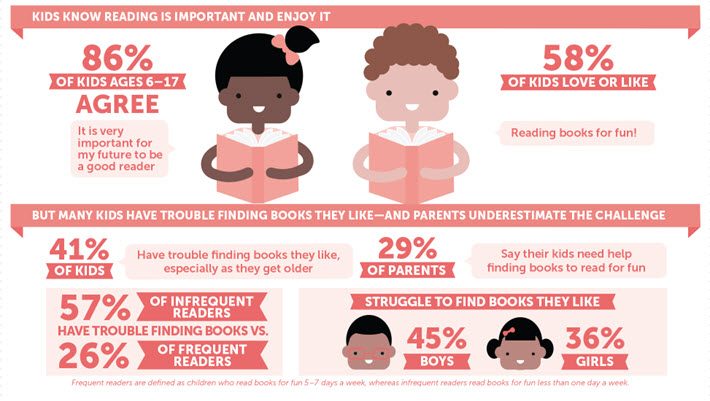 The biennial Kids & Family Reading Report from Scholastic is a favorite for those of us who follow its updates for clues to what’s happening in the effort to build new readership.

In the sixth iteration, released Tuesday (January 31), there are special emphases on issues of diversity in the United States.

And the survey now produces material not only on the American market but also for those interested in Australia (new this time), India, and the UK, as well.

The main page for the new report online, offers the American study in six areas:

This page offers a helpful set of direct access links to those various parts of the study.  Among some of the most interesting elements this time are comparative statistics on Hispanic and African-American readers and families in the American section.

And here, we can only touch on a few highlights from the report, but urge you to take advantage of its availability and give it a look. 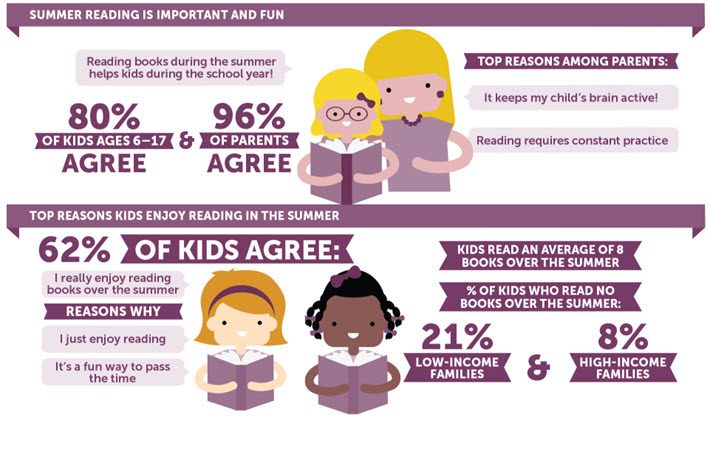 Overall in the States, the question of access to books produces some telling insights. In a prepared statement, the survey’s administration writes: 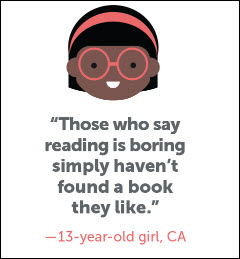 “On average, homes with children ages 0–17 have 104 children’s books for all the children in that home. 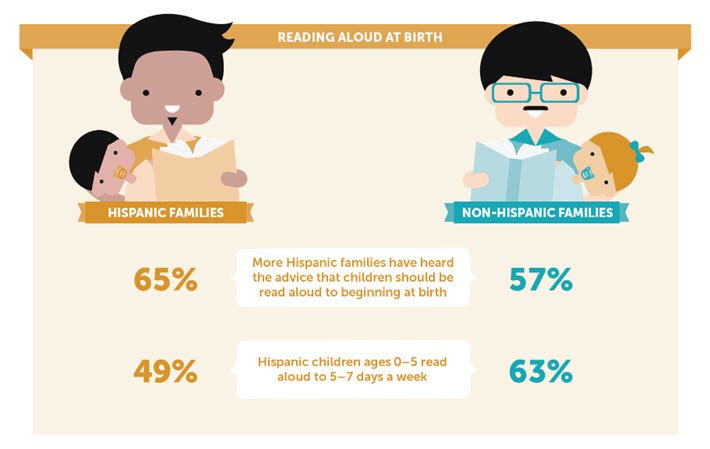 In Australia: What Makes Frequent Readers? 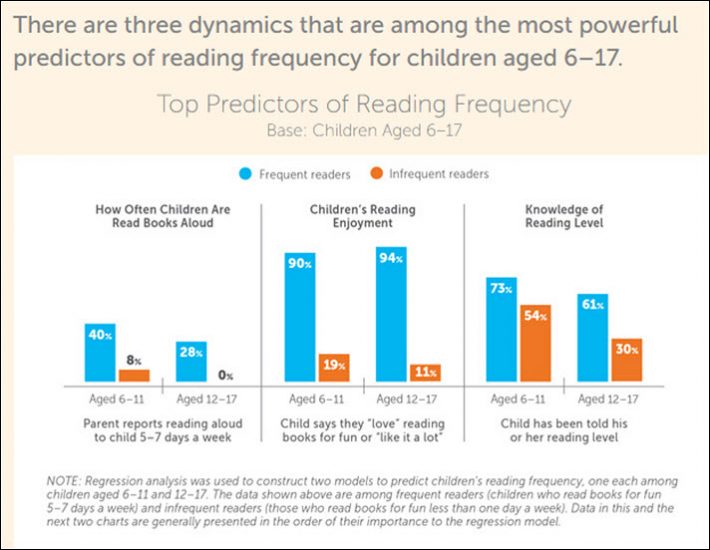 In India: A Fondness for Fiction 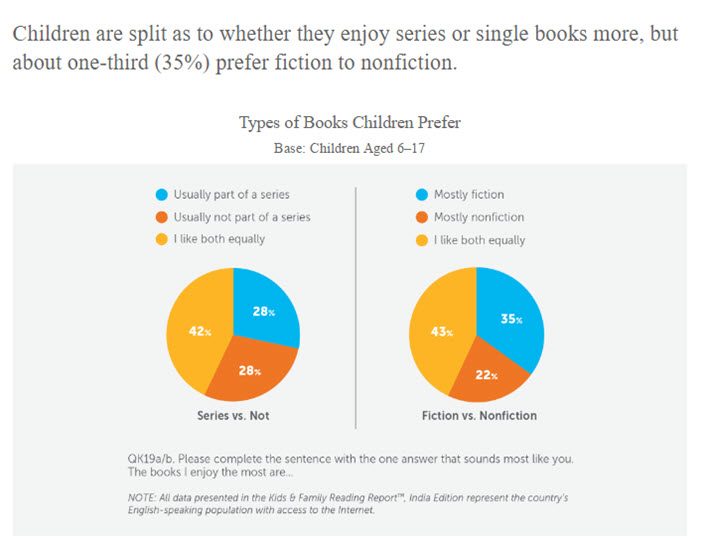 In the UK: At What Ages Do Children Read for Fun?

Press materials include this brief statement of the methodology behind the US portion of the study: “Results of the Kids & Family Reading Report are from a nationally representative survey with a total sample size of 2,718 parents and children, including 632 parents of children ages 0–5; 1,043 parents of children ages 6–17; plus one child age 6–17 from the same household.”

Each of the editions on the UK, India, and Australia have notes of their own on methodology.
In press materials, Scholastic CEO and chairman Dick Robinson, is quoted, saying: 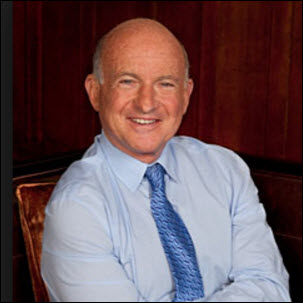 “The Kids & Family Reading Report: 6th Edition released today has encouraging news showing that reading aloud to children ages 0–5 is happening in more families than it was just two years ago when the movement for reading from birth began.

“Yet, the report also reveals important insights into the ongoing challenges and inequities  around children’s paths to literacy.

“The research confirms that kids, especially infrequent readers, need increased access to books, as well as more help than parents often realize, in order to find books they like.”

The survey was conducted from September 19 through October 10, 2016, and the research was managed by YouGov.