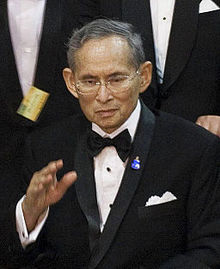 In remembrance of Thailand’s late King Bhumibol Adulyadej’s avid engagement in a literary life, Bangkok is creating a new city library for young readers and adults. 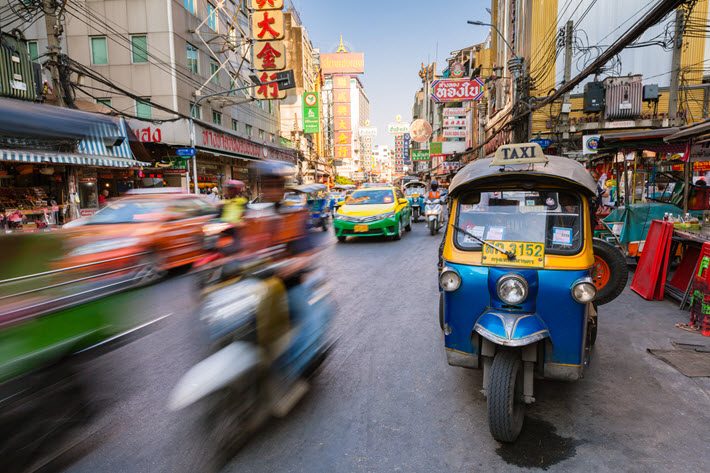 A tuk-tuk at a street market in Bangkok. Image – iStockphoto: Ermakova Elena

‘One of the Basic Rights

As reported by Supoj Wancharoen at The Bangkok Post, the memory of Thailand’s late King Bhumibol Adulyadej has inspired a “grand Bangkok project to inspire a new generation of bookworms.”

The goal of the Bangkok Metropolitan Administration (BMA) project is to create a new city library in the late monarch’s honor by converting an existing structure.

Bhumibol is known to have written and/or translated some 17 titles during his life, and was an avid reader and promoter of literature as a way of enriching and preserving the language.

The project, situated on Ratchadamnoen Klang Avenue, is part of a campaign to advertise Bangkok as a City of Learning, one that promotes a culture of reading. The initiative actually was launched in 2013, when Bangkok was named by UNESCO as a World Book Capital.

With the library’s launch scheduled for next month, BMA officials say they hope that the library’s prime location—accessible to both car and public transportation, and “just a stone’s throw from Khao San Road, the capital’s backpacker hub,” as Wancharoen writes—will encourage students to use the facility for work and research.

The mezzanine is to feature a children’s section of books, along with “interactive learning materials and games based on the work the late king pioneered, such as his bio-diesel scheme and waste-water management system.”

On the second floor, visitors will find, along with selections of international literature, reference books, and rare publications, a feature looking at the celebrations held to “mark the 60th anniversary of King Bhumibol Adulyadej’s accession to the throne in 2006 when members of almost every royal family in the world gathered in Bangkok to congratulate him.”

The third floor is expected to let visitors learn about projects led by Bhumibol as well as a collection of his “achievements in nine different areas: city planning, transportation, environment, culture, the public’s safety, medical issues, economic issues and livelihood, education, and collaboration among state agencies.”

As local businessman Boonchai Cheauchanwong tells Wancharoen, “I’m looking forward to the modern public library. It will help children learn, and benefit our entire city. Access to facilities including a public library is one of the basic rights city residents deserve, courtesy of the government.”

The full report by Supoj Wancharoen at The Bangkok Times is here.