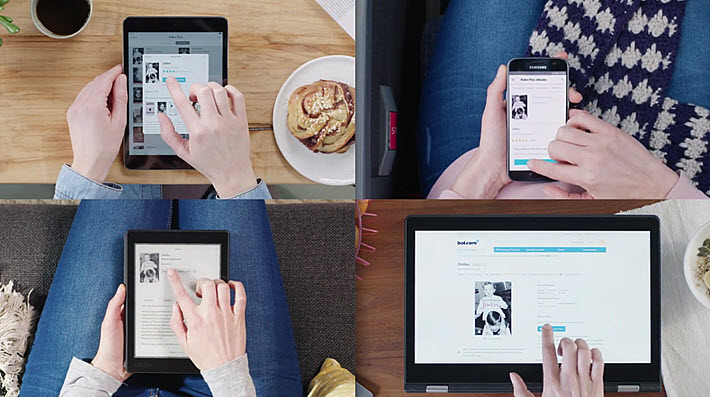 Entering a sector with a checkered track record, Canada’s Kobo and The Netherlands’ Bol.com are talking sustainability in an ebook subscription model. 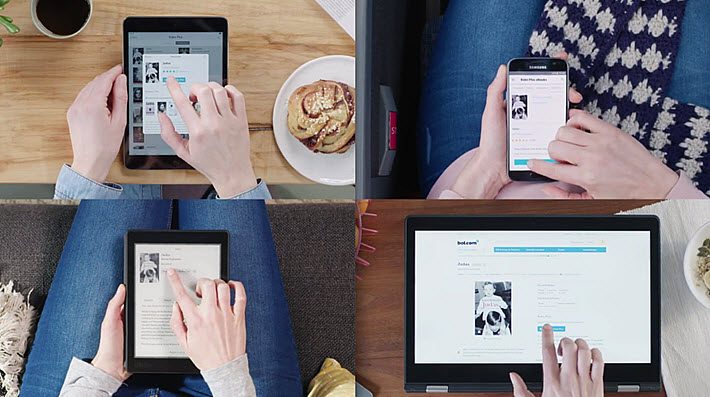 A panel of images from a Kobo Plus video at Bol.com demonstrates accessing subscription ebooks on multiple devices. Image: Bol.com

In an interesting approach to announcing a new subscription service, Rakuten Kobo and bol.com, The Netherlands’ online retailer, have included commentary about their new joint venture’s business model. The clarity of that commentary, however, may not be all that some might like.

There is a consumer-facing landing page for the new Kobo Plus at Bol.com, and its top-line details include a 30-day free trial, followed by a €9.99 monthly fee for unlimited reading. Information handed to the press classifies the offering as “titles ranging from new releases and bestsellers to classics and old favorites, including both Dutch and international titles.”

Kobo Plus is said to comprise more than 40,000 titles, 16,000 of them Dutch-language content, “with considerable growth expected in the coming months.”

The media statement says that Kobo Plus “was developed in close collaboration with leading Dutch publishers,” signalling to the industry that this subscription program is designed not to fall to the problem some such schemes have encountered in which major publishing houses withheld their participation.

“The subscription service operates on a fair-share model,” according to a statement released to the press early Wednesday (February 22) with payouts funded by subscription revenues, which enables a self-sustaining service built for the long-term—encouraging publishers to offer a wide selection of books from all genres.”

Publishing Perspectives has asked for more information on exactly what that text is describing, especially for publishers.

Reported elements of the model place it in proximity to Amazon Kindle Unlimited‘s per-page payments drawn from a funding pool?

Michael Cader at Publishers Lunch is reporting that Kobo Writing Life (the self-publishing platform) terms and conditions have been updated to tell indie authors that they’ll be paid from a monthly pool of overall subscription income at Kobo Plus, “based on reads—counted when a user has read ‘at least 20 percent of the ebook’—with each book’s read pro-rated from the pool at a rate of 60 percent of the list price. No payments are made for trial period reads.”

Those details are for independent authors, however, and we don’t know how publishers are to be paid by the program.

The key to success for this plan may be whether Dutch-language publishers are fully onboard. Kindle Unlimited, while easily the most successful ebook subscription model to date, operates without content from the Big Five, and is thus heavily dependent on its huge vault of indie-author content and titles from independent publishers.

“As with any new business model,” says Dutch publisher Patrick Swart of WPG Uitgevers in a prepared statement, “it will take some time for those involved to become accustomed with this new way of delivering books to readers.

Here’s a promotional video posted to the Bol.com site for consumer information on Kobo Plus.

‘Compensated in a Different Way’

As of September, Bol.com was reported by ECommerce News Europe as The Netherlands’ biggest online retailer, generating a reported estimated revenue of €730 million (US$766 million) in 2015.

Bol.com is owned by Ahold Delhaize, a food retail conglomerate based in Zaandam. the Bol.com brand characterizes its consumer base at “approximately 6.5 million customers” in The Netherlands and Belgium.

“For publishers,” Swart continues in the news release, “a new business model entails a different approach to marketing books and for our authors it means they get compensated in a different way.

“As Kobo Plus allows booklovers to choose from thousands of titles, they no longer have to choose just one book at a time. This ‘unlimited’ reading solution, created by Bol.com and Kobo, nicely complements the evolution we are seeing in consumer reading habits as well as book subscription trends globally.” 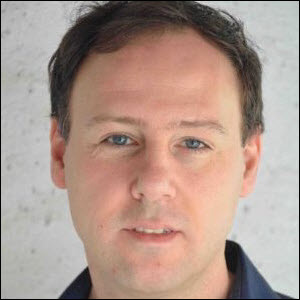 For Kobo, the prepared statement quotes Pieter Swinkelsm, executive vice president, offering the rationale for the launch, saying, “Globally, the demand for unlimited access to music and movies has really taken off, and we believe books is the next category that will benefit from barrier-free access.

“By combining Bol.com’s and Kobo’s knowledge and reach, we can now offer Dutch-language readers the ultimate reading experience and make digital reading even easier.

“Kobo Plus allows readers to effortlessly discover new authors and try out new genres that they might not otherwise try, encouraging people to read more. The extensive selection available through our subscription service means the only thing readers need to consider is what book to read next.” 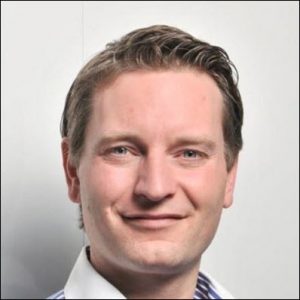 And for Bol.com, Daniel Ropers, general manager, is quoted, saying, “Books inspire and enrich, which is why, from the moment we started our bookstore in 1999 in The Netherlands, we have done everything in our power to make reading books as enjoyable, convenient and accessible as possible for a wide audience.

“This has really taken off since we introduced digital reading in 2009. Our new ebook subscription service provides an even better answer to customers’ frequent requests to have a large number of books available at an attractive price, including bestsellers. We have found an excellent partner in Kobo. With their digital reading platform, which includes world-class e-reader options, we work towards the same goal every day.”

Prior to today’s announcement, Toronto-based Kobo’s biggest news has been its assumption of the role of tech partner for the Tolino alliance from Deutsche Telekom. That news arrived at the top of the year.