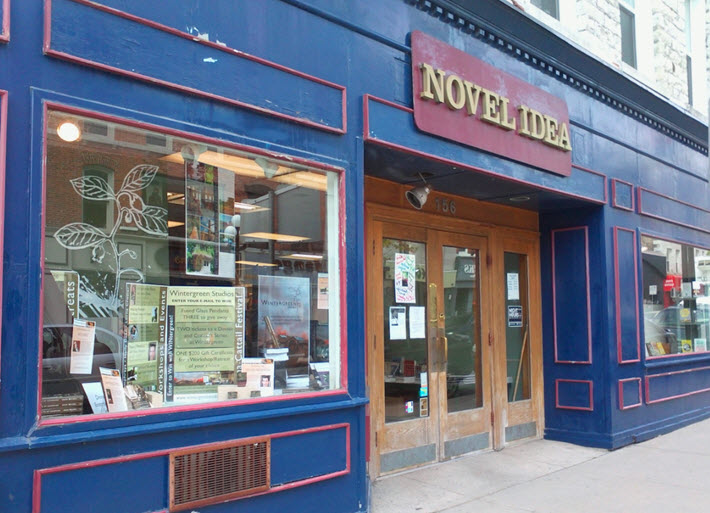 ‘The day that Indigo opened, our business went down 40 percent,’ says bookseller Oscar Malan. Sixteen years later, the big-chain store would close up and leave. 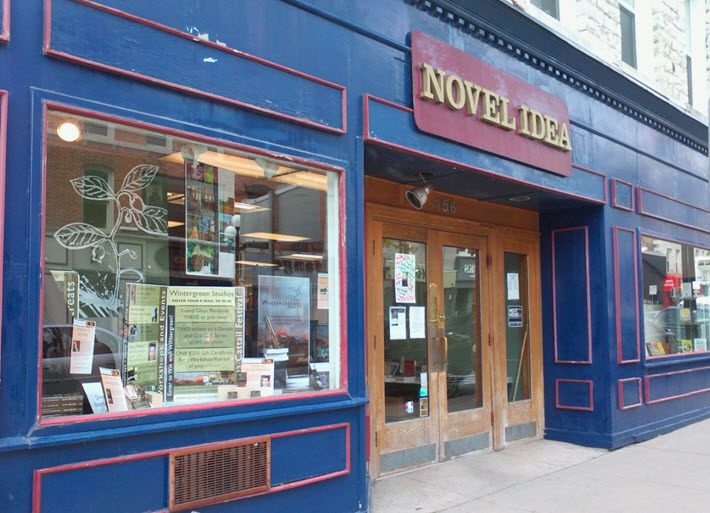 The independent bookstore Novel Idea opened in Kingston, Ontario, in 1988.

Echoes of Mad Magazine’s Alfred E. Neuman: ‘Quid, Me Anxiari?’  is bookseller Oscar Malan’s Latin translation of ‘What, Me Worry?’ And, after getting through a major-chain showdown, Malan is selling more and worrying less. He and his wife Joanna’s shop, Novel Idea in Kingston, outlasted the competition of Indigo Chapters for 16 years. The day the first big store opened, Malan says, ‘our business went down 40 percent.’ —Porter Anderson

‘A Tremendous Opportunity for Service’

As is well known, the changing nature of book sales and the rise of Amazon and other online retailers have been especially challenging for independent brick-and-mortar bookstores. Many didn’t survive.

“Independent bookstores are in a better position to survive in the face of online competition. It’s a tremendous opportunity for service.”Oscar Malan

But Novel Idea, in Kingston, Ontario, is one that has managed to prevail against heavy competition and see off a national chain’s effort to gain local traction.

A quick timeline here for background:

‘A Shift in the Nature of Retail’ 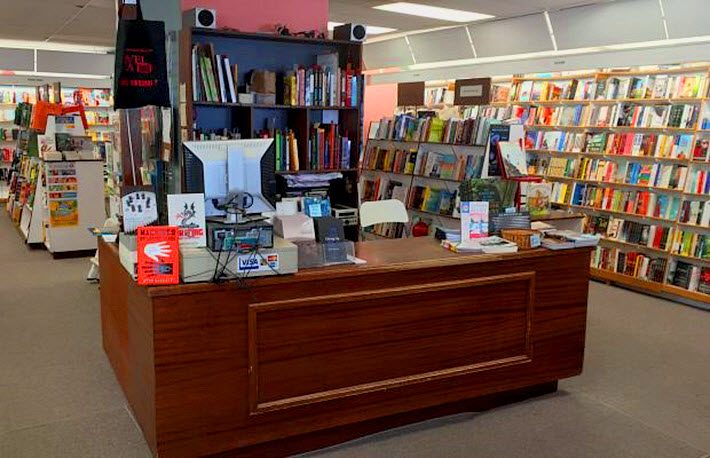 Publishing Perspectives: What was your situation before Indigo launched in Kingston in 1997?

“Because we’re in the book business, we think it’s about books. But it’s not just books, it’s everything.”Oscar Malan

Oscar Malan: Between Kingston and Ottawa, there were about 25 bookstores, four or five of them in Kingston. Now most of them are gone. But what we went through isn’t about the book business. It’s about a shift in the nature of retail.

In the 1990s, there was an explosion of big box stores, and malls took a real hit. It affected every kind of business. Because we’re in the book business, we think it’s about books [when such scenarios occur]. But it’s not just books, it’s everything.

Now there’s another shift occurring—box stores are in trouble because of online sales. But boutiques and independent bookstores are in a better position to survive in the face of online competition. It’s a tremendous opportunity for service.

Box stores are hopeless at service. Where we can’t compete on price, we’re all over online retailers in service.

PP: Did Indigo’s opening have an immediate impact on sales?

OM: The day that Indigo opened, our business went down 40 percent. And when Chapters opened the following year, it went down another 10 percent.

PP: What was it, do you think, that helped you hang on?

OM: Of course we did all the usual things you do when this happens. Strategizing, saving money, cutting back on payroll. What saved us was our location—and we were pretty reasonably financed to begin with to weather the initial storm.

OM: Yes, our corner location. And basically, dumb luck. Because it’s one thing to say, “Oh, we’re really good at it.”

I’m not saying that we’re not, but there were plenty of people who were really good at it [bookselling] who didn’t survive.

PP: Are there other things? What about the market? There’s a bundle of things that go into the service aspect of the business.

OM: Yes, we’re in a good market. And there’s the community—it helps to be part of the community and taking advantage of what’s going on, knowing the local authors. We do launches and readings in-store and at other venues, and of course the festivals. We’ll do a launch for anyone who asks. I don’t always seek them out, but I don’t say no, either.

When Amazon came on board, I was worried. But then I realized that people weren’t flocking to Amazon for the price—it was for the convenience. 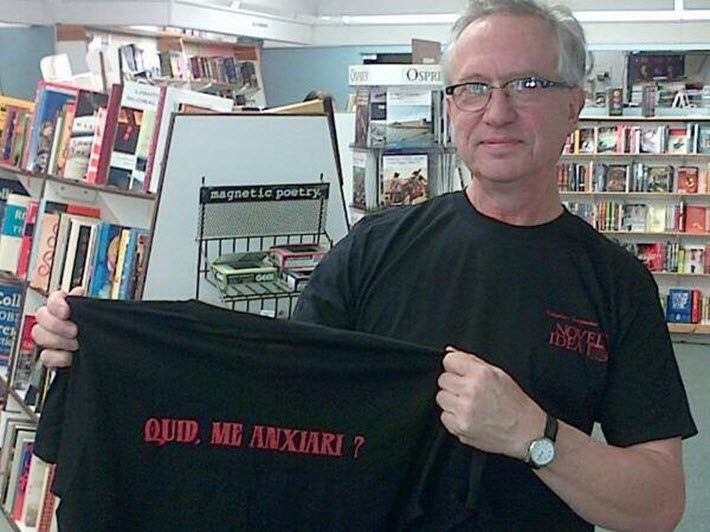 Oscar Malan’s motto for his bookstore, Novel Idea, is a Latin translation of ‘What, Me Worry?’

PP: Does customer loyalty play a role? Are people loyal to bookstores because the product is books?

OM: In a general way, I think it’s the nature of retail. But in a more specific way, I think the boutique nature of an independent bookstore is attractive to a greater number of people.

The day Indigo closed its doors, our business went up 40 percent, almost exactly. And we could tell from the very first weekend. I came in on the Monday after the weekend Indigo closed, and I said, “Whoa. We had a great weekend.” And that was the beginning.

PP: And you’re the only bookstore left downtown. Can you speculate on why they closed? Was it that there wasn’t room for two bookstores on the main street?

OM: Yes, exactly. And I suspect it had to do with lease arrangements and square-foot costs, that sort of thing.  Indigo’s lease was up. And [because of the Chapters-Indigo merger] they’d two locations. One had parking, the other didn’t. That sort of thing.

PP: Were you surprised when they moved out?

“The day Indigo closed its doors, our business went up 40 percent, almost exactly. And we could tell from the very first weekend.”Oscar Malan

OM: Yes and no. I had thought they might move out five years earlier, after their 10-year lease expired. That’s what I was hoping. And when that didn’t happen, we just carried on. It was a struggle. I can’t say it wasn’t. But other opportunities arrived. WritersFest was a big one. [More from Publishing Perspectives on Kingston WritersFest and other Canadian festivals is here.]

PP: And after they closed, were there noticeable changes? 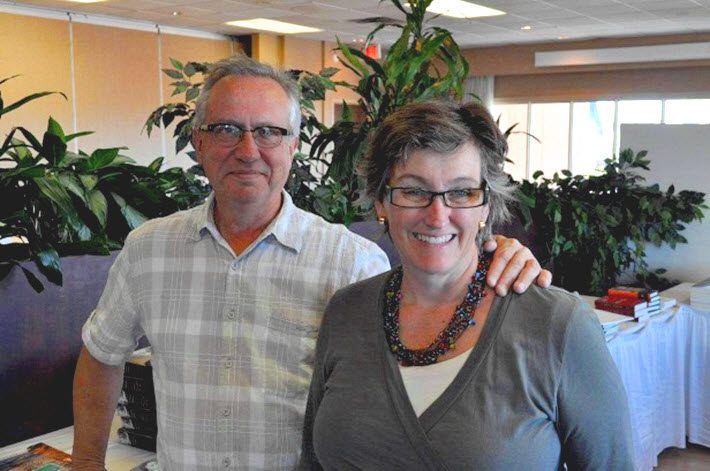