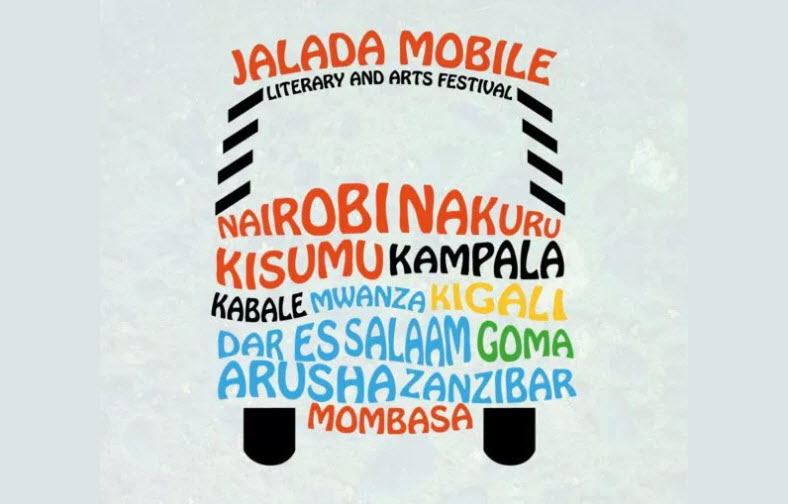 Twelve cities in East Africa will be visited in March by the Jalada Africa writers’ collective’s first multinational festival, a celebration of creativity.

At Brittle Paper, Otosirieze Obi-Young reports that after more than a year in the making, the pan-African writers’ collective known as Jalada Africa has announced a traveling literary festival, the Jalada Mobile Literary and Arts Festival—with an itinerary taking it to five countries of East Africa. 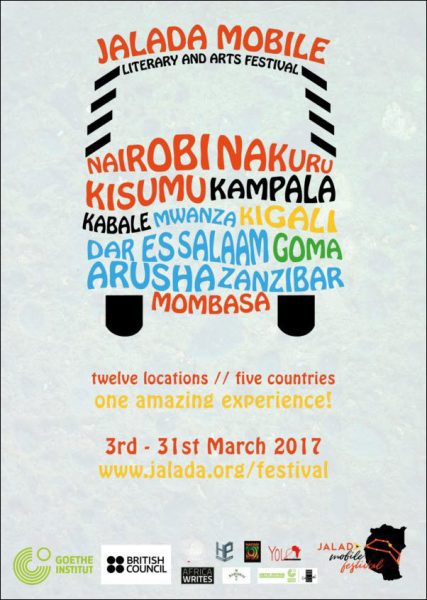 Set to run from March 3 through 31, the festival is described by Obi-Young as “a hybrid between a traditional place-based festival and a bus tour,” with stops in 12 cities:

All told, the tour is expected to travel some 4,500 kilometers.

Featured in these activities are writers and artists selected from the Jalada collective, as well as authors, performers, and influential personalities from East Africa and beyond, along with international voices.

The festival will also make use of new and “imaginative ways of documenting literature and art” through the use of mini-documentaries for cell phones.

Jalada Africa was created in 2013 by writers from Kenya, Nigeria, Zimbabwe, Uganda and South Africa, and currently is made up of writers and artists of African origin, both on the continent as well as in diaspora. The collective’s stated goal is to break down boundaries by publishing works that “stretch the reach of creative writing, expand the range of reading experiences, and diversify audiences for literature.”

Jalada’s partners for this festival include the Goethe-Institut Nairobi, and the program is funded in part by a British Council nAnA grant—nAnA stands for ‘new Art new Audiences‘—as well as by cultural institutions from several parts of the region.

The full article by Otosirieze Obi-Young at Brittle Paper is here.