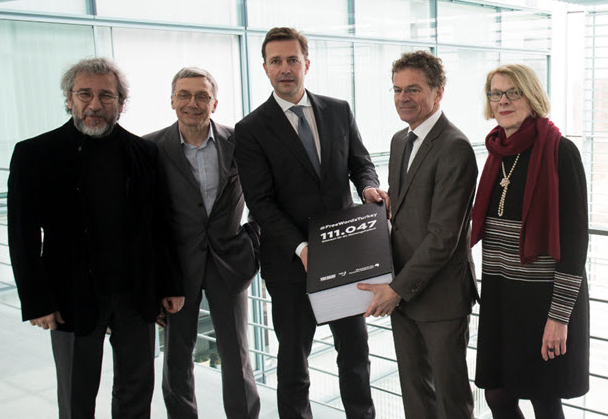 Germany’s Boersenverein and PEN call for support of Turkey’s oppressed authors and journalists in the form of a petition with more than 111,000 signatures. 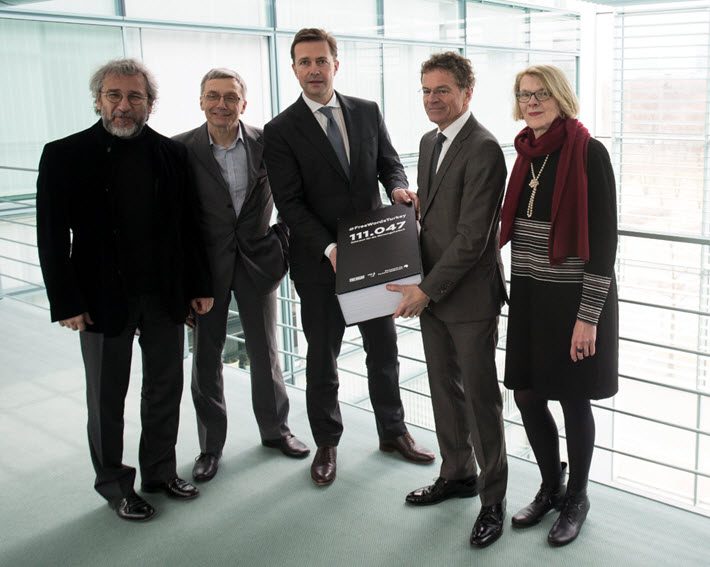 At the presentation in Berlin of the #FreeWords petition, from left, are Can Dündar, Turkish journalist in exile in Germany; Michael Rediske of Reporters Without Borders; Steffen Seibert, government spokesman; Alexander Skipis of the Börsenverein des Deutschen Buchhandels; and Regula Venske of PEN Centre Germany. Image: Provided by the Börsenverein

On February 24, the Börsenverein des Deutschen Buchhandels—German Booksellers and Publishers Association—has announced a petition to the German government on behalf of Turkey’s persecuted authors and journalists. 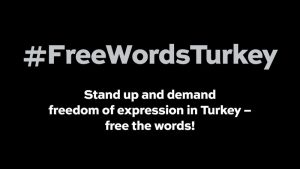 In a prepared statement from the Börsenverein, the petition calls on the German government “to express its uncompromising commitment to freedom of expression and freedom of the press in Turkey” and ” to work diligently to gain the immediate release of detained and imprisoned authors and journalists, such as Deniz Yücel, the German-Turkish correspondent for Die Welt.”

These organizations perceive a reticence of the German government to publicly condemn the actions made by the Turkish government against Turkey’s publishing and journalistic communities.

The team presenting the petition at Germany’s Chancellery met with government spokesperson Steffen Seibert and Angela Merkel’s foreign and security policy advisor, Dr. Christoph Heusgen. Representatives of the three organizations were joined by Can Dündar, a Turkish journalist living in exile in Germany who spoke in a special press briefing in October at Frankfurt Book Fair.

As Publishing Perspectives reported in August, #FreeWordsTurkey was mounted to protest the treatment in Turkey of authors, publishers, and journalists following the failed coup attempt of last summer. The petition itself was mounted on the change.org platform and has amassed 111,047 signatures.

Skipis, managing director of the Börsenverein, is quoted from the meeting at Germany’s Chancellery, saying, “We have come to the point where concrete action needs to follow up the lip service paid so far by government bodies.

“Since the launch of the #FreeWordsTurkey petition, the situation of authors, publishers and cultural and creative artists in Turkey has gotten worse; indeed we have even seen an increase in the terrifying rage against people who express any kind of dissenting opinion. And all the while, political actors sit by and watch, largely idle.

“We therefore call on Angela Merkel and the German federal government to remain firmly committed to human rights and–under no circumstances–to jeopardize freedom of opinion or instrumentalize freedom of speech by making it the subject of negotiations in connection with various economic interests, refugee-related issues or NATO bases.”

Regula Venske, secretary general of the center, is quoted, saying, “The ongoing oppression of the media in Turkey undermines not only the freedom of the Turkish people but also the stability of the country and the region on the whole. 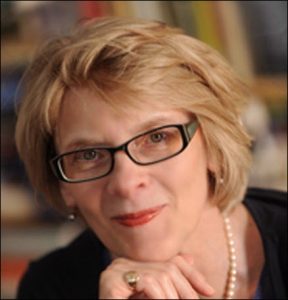 “We urge the German government to put pressure on the Turkish president to withdraw or adjust the measures put in place in connection with the state of emergency, especially those that contradict the international human rights obligations of his country.

“We also call on the German federal government to use their influence to halt the intimidation of journalists and the media carried out by Turkish institutions. They must also take all necessary steps to investigate assaults and attacks on journalists and to bring the perpetrators to justice. Indeed, freedom of expression and freedom of the press are essential elements in any open democracy.”

Remarks from the meeting for Reporters Without Borders has also been provided to the media.

Michael Rediske was the representative for RWB and is quoted, saying, “The German government cannot continue to hold back its public criticism. 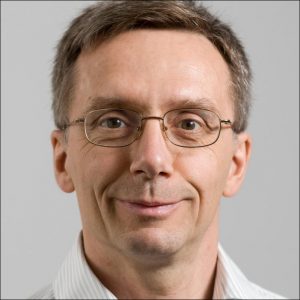 “While it’s indeed working behind the scenes to free individual journalists, such as Deniz Yücel, it’s ignoring the other, more than 100 journalists currently imprisoned in Turkey.

“We urge Chancellor Merkel to name names in public and demand their release.”