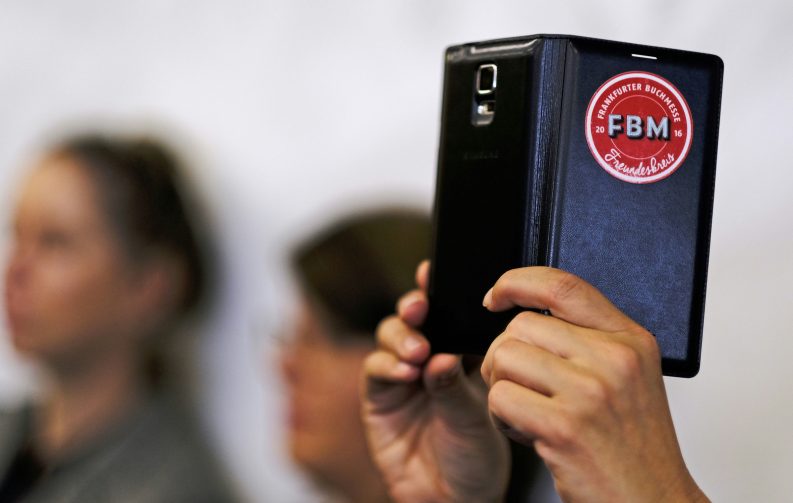 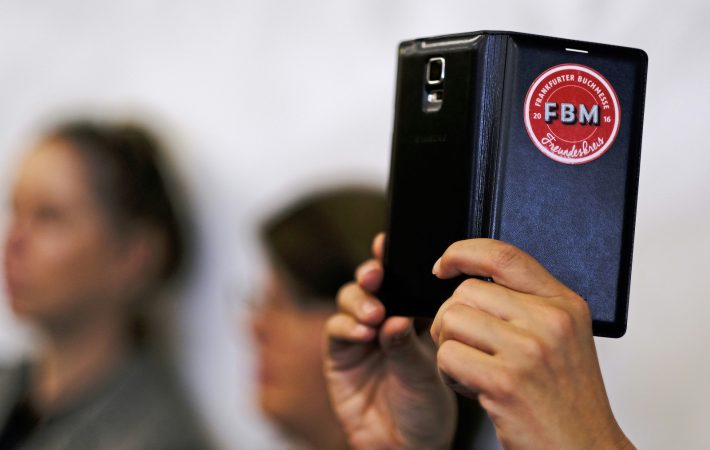 Thomas Minkus, vice president for emerging media and English-language markets of Frankfurt Book Fair, has been named president of the New York office, and Riky Stock serves as vice president responsible for the book fair’s cultural activities in New York. Expansion of the office’s activities necessitated the name change.

Frankfurt Book Fair New York’s team looks after the fair’s North American exhibitors and is responsible for the Literary Agents & Scouts Center (LitAg). In October, the fair introduced the Publishers Rights Corner adjacent to the LitAg to support international rights activities. Rights managers from publishing houses can reserve tables for their meetings and work in association with the LitAg on “Rights Tuesday,”—which this year falls on October 10.

Among Frankfurt Book Fair New York’s key tasks is coordination of the German-language Festival Neue Literatur, or New Literature Festival, which is staged in collaboration with the other German cultural institutions in New York.

This year’s Festival Neue Literatur is set for March 2 through 5. Six emerging and established authors from Germany, Austria, and Switzerland will meet their American colleagues in New York during the event, which has a theme this year of “Queer as Volk.” The focus is on be on German-language LGBTQ (lesbian, gay, bisexual, transgender, queer or questioning) literature. Here is coverage on last year’s festival.

And, of course, the offices of the international trade magazine Publishing Perspectives are based at Frankfurt Book Fair New York under the leadership of our publisher, Hannah Johnson.

As of February 1, Frankfurt Book Office New York is co-located with our colleagues at Goethe-Institut New York.

The new address is as follows:

For your convenience, here is a quick list of the office’s key players’ email addresses: 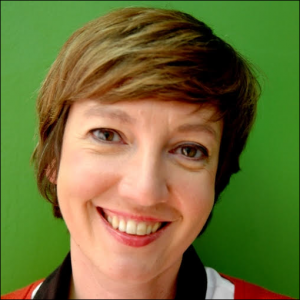 has taken up the position of head of public relations and communications for Frankfurt Book Fair, as of February 1. In this role, she’s responsible for external corporate communications and product communication at the national and international levels, as well as for positioning the company in the public eye. She reports to Katja Böhne, vice president for marketing and communications.

Grün has worked at Frankfurter Buchmesse since 2009, looking after the integrated communication of the fair’s activities abroad, its B2B services and professional topics.

Following her studies of American literature, contemporary German literature and comparative studies in Bonn as well as in Mississippi, she worked with Farrar Straus & Giroux; Lettre International; Carl Hanser Verlag; and Beltz & Gelberg. Grün then took up the position of assistant to the editor-in-chief of the German book trade magazine, Börsenblatt für den Deutschen Buchhandel. She followed this with work as press officer to the Deutsches Filmmuseum and Deutsches Filminstitut in Frankfurt, and as press spokesperson for White Star Verlag in Wiesbaden.