Festival Neue Literatur attendees this week will explore, among other things, ‘how gay and queer identity changes as we move further towards equal rights,’ says curator Peter Blackstock.

‘To Remember and Reaffirm Now’

The eighth annual Festival Neue Literatur in New York City runs this week, Thursday through Sunday, March 2 through 5. The program comprises an opening ceremony Thursday—at which New Directions publisher Barbara Epler will be honored with the Friedrich Ulfers Prize—followed by five events Friday through Sunday.

The over-arching theme of those five sessions, all of which are free of charge, is this year’s “Queer as Volk” program, curated by Grove Atlantic senior editor Peter Blackstock. The events are held at different venues in New York, and the schedule is here.

The festival brings authors from Germany, Austria, and Switzerland together with American personalities each year, and is a joint effort of German-language cultural institutions including the Austrian Cultural Forum, the Consul General of Switzerland, the Consul General of Germany, Deutsches Haus at NYU, Frankfurt Book Fair New York, Goethe-Institut New York and Pro Helvetia.

This year’s participating authors are Jürgen Bauer and Marlen Schachinger of Austria; Fabian Hischmann and Antje Rávic Strubel of Germany; Zora del Buono and Simon Froehling of Switzerland; and Darryl Pinckney and Francine Prose of the United States.

Sessions in the festival include:

Chairing the festival this year is novelist Garth Greenwell, whose What Belongs to You (Macmillan/Farrar, Straus and Giroux, 2016) was longlisted for the National Book Award. 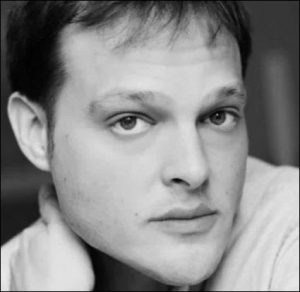 In a prepared statement, Greenwell is quoted, saying, “Part of what has always been exciting and unsettling about queerness is the way it can serve as a point of contact and affiliation across the usual categories—of nation, race, class, language—by which we organize our lives.

“This is something queer artists and writers have always celebrated, and it’s something we need very much to remember and reaffirm now.”

And to get a sense for the programming of the festival—noting that reference from Greenwell to the question of timeliness—Publishing Perspectives put several questions to Blackstock about his curation of the events.

Publishing Perspectives: Considering recent political events in the States relative to the LGBTQ community, it seems precient that in your introductory letter for the FNL Reader, you write of a “dangerous political climate.” How early did you determine that this was the direction you’d like to take for 2017, and was there any one experience or observation that led you to it? 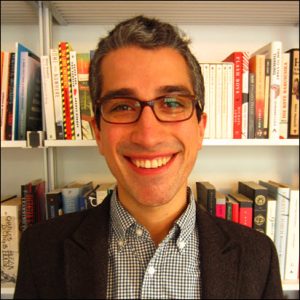 Peter Blackstock: The festival’s director, Brittany Hazelwood, and others involved had considered the idea of focusing the festival on LGBTQ writers in the past, and I loved the idea when I came on as curator. Brittany came up with the title of “Queer as Volk” and I thought this was a great opportunity to shine a spotlight on writers dealing with themes of sexuality.

This was back in spring 2016, but our theme has become all the more urgent as the political climate has changed in the US and Europe over the past year. I’m really pleased with the literary caliber of the writers we have involved, and the festival is, first and foremost, a showcase of writing talent, but I’m happy that we have a politically relevant theme.

I’m also delighted that in Garth Greenwell we have a chairperson who really embodies the theme, concerned as he is both with queer identity and questions of translation and connections between America and the rest of the world.

PP: In your letter, you ask one of the questions that will be explored during the week’s events, “To what extent does gay writing have a duty to be subversive or political?” Having been in touch with the authors coming in for the Neue and with others in this arena, what’s your sense for this?—is the community demanding a more political and/or subversive stance of its writers?

“I certainly hope that there will be great art that will come out as a reaction to the rising global tides of nationalism and isolationism we’re experiencing at the moment and help move countries forward to better versions of themselves.”Peter Blackstock

PB: I think this is an interesting question, on how gay and queer identity changes as we move further towards equal rights—a question that writers like Bryan Lowder at Slate or David M. Halperin in his book How to Be Gay have explored, among others.

The rights that have been gained by the LGBTQ community in the US, notably nationwide gay marriage, have come fast in recent years, and on the back of a broad change in public opinion. Writers are public people and many LGBTQ writers do feel engaged by the political, but I also think it’s important to defend the right of gay writers to write about whatever they want, as close to or as distant from topics of sex and sexuality.

PP: The term “diversity,” of course, is never more than about eight words into any conversation about these issues, and the LGBTQ context—simply by its five initials—is an energy of diversity. Still, do you find that we expect writers in the field to be more inclusive in their work than might naturally come to them? Are we at times expecting more display of diverse voices, issues, viewpoints from these authors than we would of other artists?

PB: Terms like “heterosexual” or LGBTQ can never adequately portray the great, ineffable richness of human sexuality and gender, something which often defies definition, can be self-contradictory or sui generis.

I don’t think that there really is a set of reader expectations for books that are seen as gay or queer, and that writers write to these expectations–for that, there would have to be a more easily accessible gay literature market.

Also, there’s no standard as to what might make a book queer or gay, and these questions are extremely subjective–you can look at the widely divergent critical response to Hanya Yanagihara’s A Little Life and its relationship with sexuality as an interesting example.

PP: You write, “Narrative control is impossible when the media and the arts retain their freedom.” Could we be on the verge of a new golden age of wider, deeper, more bravely exploratory expression as a result of the perceived threats to freedom of expression in nationalist movements in many parts of the world?

“Terms like ‘heterosexual’ or LGBTQ can never adequately portray the great, ineffable richness of human sexuality and gender, something which often defies definition, can be self-contradictory or sui generis.”Peter Blackstock

PB: That feels to me like a slightly optimistic view, but certainly art and literature have historically played a powerful role in questioning the political status quo, from works by both Soviet and Western writers circulating samizdat in the Soviet Union, to punk rock in Thatcherite Britain.

Producing something beautiful in the face of danger or potential repression is a powerful political act, and writers and artists may risk a lot for their artistic expression. It’s also potentially transformative to read a book that deals with your own experiences and reflects yourself even though it comes from a person miles, maybe centuries away–and a lot of young gay people have had a formative experience with literature in helping them with their own identity.

I certainly hope that there will be great art that will come out as a reaction to the rising global tides of nationalism and isolationism we’re experiencing at the moment and help move countries forward to better versions of themselves. 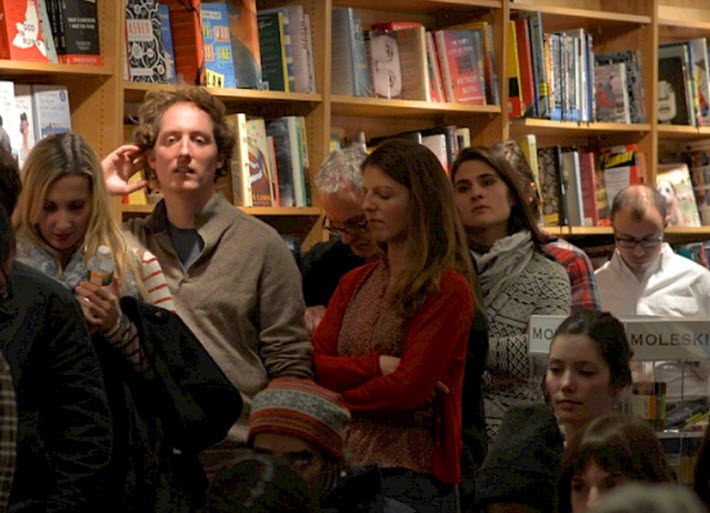