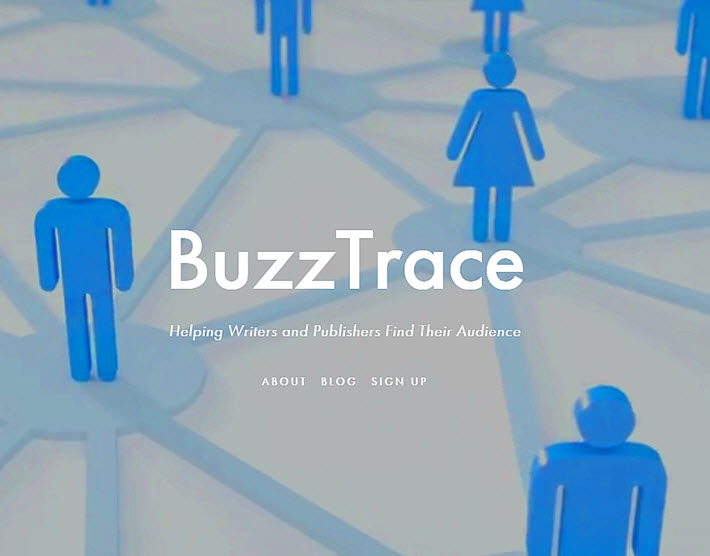 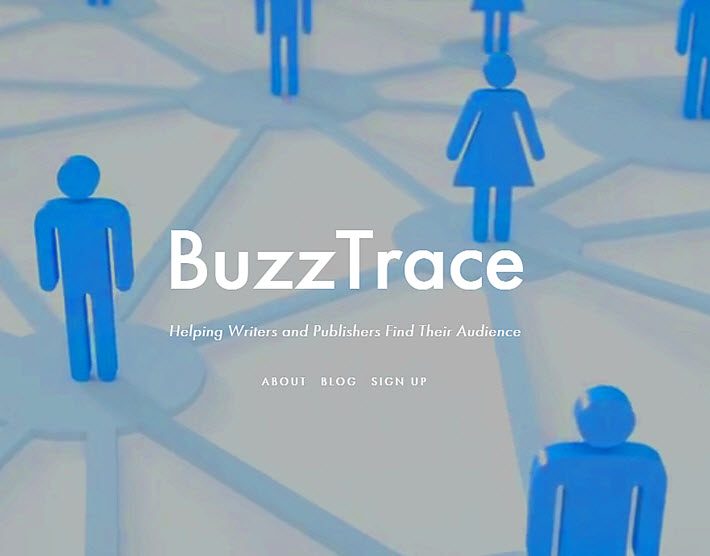 Image: From the BuzzTrace home page

A Publishing Startup in Social Networking

Another day, another author services company? That’s how it can seem at times in the writer-facing sector of the international publishing industry.

Authors—primarily in the self-publishing community but also in the trade-publishing side of things—are gaining rapidly in terms of business savvy. The days of “just hand us your manuscript and we’ll do the rest” are all but gone for most writers.

A new challenge, however, becomes discerning the reputable, fair, legitimate offerings from author-service startups from those happy to take advantage of writers. What’s more, author-service offerings may be created and operated by well-intentioned people but simply prove not to offer much value. The field is full of duplicative efforts, often with silly company names that provide no clue to what they do.

Many writers have come to rely on the UK-based Alliance of Independent Authors’ (ALLi) Watchdog Desk to test claims of service and value. And many look to Victoria Strauss’ longstanding Writer Beware columns, a service of the Science Fiction & Fantasy Writers of America, to raise warnings of scams.

Into this crowded and challenging field steps a new author-service startup.  Currently in beta, BuzzTrace calls itself “online software that helps publishers and authors discover who’s talking about their book, and use this buzz to get powerful action-driven reports and analysis to advise the user on how to sell more books.”

Based in Anaheim, California—and accessible online internationally, of course—the company has been through last year’s debut of Ingram Content’s short-lived 1440 Accelerator, which included publishing startups from Poland, Brazil, India, and Zimbabwe. In a report at Venture Nashville Connections by Milt Capps on the program, it’s confirmed that the accelerator program isn’t to continue past the 2016 year—and notes that at the time of the article’s publication in October, Kickstarter showed “nearly 500 publishing startups seeking funding.” 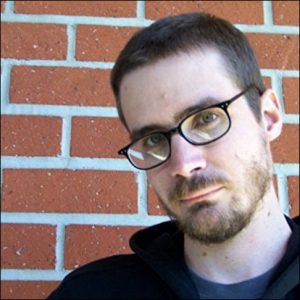 BuzzTrace’s CEO is Scott La Counte, an author who publishes as Scott Douglas in a wide range of primarily self-published titles, comprising Christian, YA, adult, memoir, screenwriting, and nonfiction on mobile apps and building them. Company information refers to his The N00b Warriors series, 2010-2012, as a “No. 1 Amazon bestseller, and says that Douglas has sold more than 100,00 copies of his books.

The BuzzTrace program assigns a numeric rating, a “BuzzScore” to each user, meant to indicate to an author “how impactful their platform actually is based on how many people respond and how many people buy their books after interaction.” The system, according to press materials, then “provides time-based, daily tasks to help authors improve their score and build their platform and can generate keyword tips for hashtagging and metadata.”

A news release confirms that at the time it was involved in the Ingram 1440 Accelerator, it was named PiracyTrace, “but pivoted when they (the company’s staff) saw how many authors were struggling to find their audience.”

The program appears to combine parts of a Hootsuite or TweetDeck dashboard with the kind of analytics that those services, Twitter, and other platforms offer, along with “gamification”—which is how the site’s About page refers to the BuzzScore—along with Google-like notifications of mentions online of an author’s work; a “metadata and hashtag generator”; a “PiracyTrace” option; and a “resource library.”

A typically perky video explainer is available here, and we’ll drop it in for you below, as well.

Although initial information sent to the press didn’t include pricing, Publishing Perspectives has asked and we’re told that after a 30-day free trial, users will pay $10 monthly or $100 annually, with a less complete free edition available, as well.

A launch of the service is scheduled for March 16, and signups for information are available here.

In a prepared statement, La Counte is quoted, saying, “Authors know they have to be more social, but they struggle finding simplified tools that tell them what to post, and how they can use social networks to sell more books.

“BuzzTrace takes the guesswork out of it, and gives authors something that saves them time and helps them understand how they can sell more books, so they can spend more time writing their next great novel.”

At a time when world book markets are over-crowded with new titles, a comprehensive approach to the social-networking elements of digital marketing may sound good to many writers. Time will tell, of course—as with all startups—whether BuzzTrace is a viable answer to the drive for discoverability.